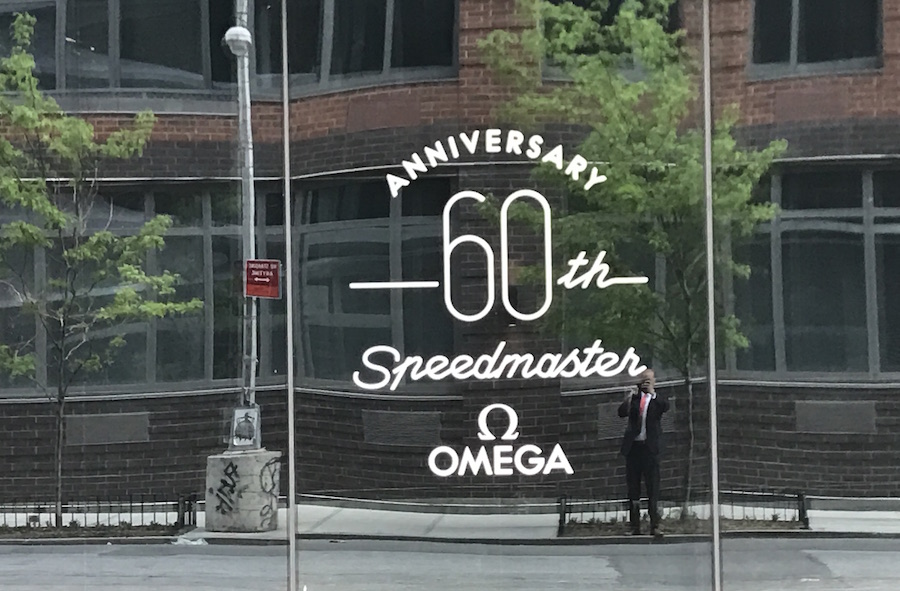 Last week, with Madison Ave Watch Week in full effect and the eyes of the watch world on New York City, Omega celebrated the 60th anniversary of the Speedmaster in out-of-this-world style. At an event held in the commercial space in Zara Hadid, a luxury condo complex in the West Chelsea section of New York, Omega even brought in NASA astronaut General Thomas Stafford to celebrate what has been nicknamed the Moon Watch. 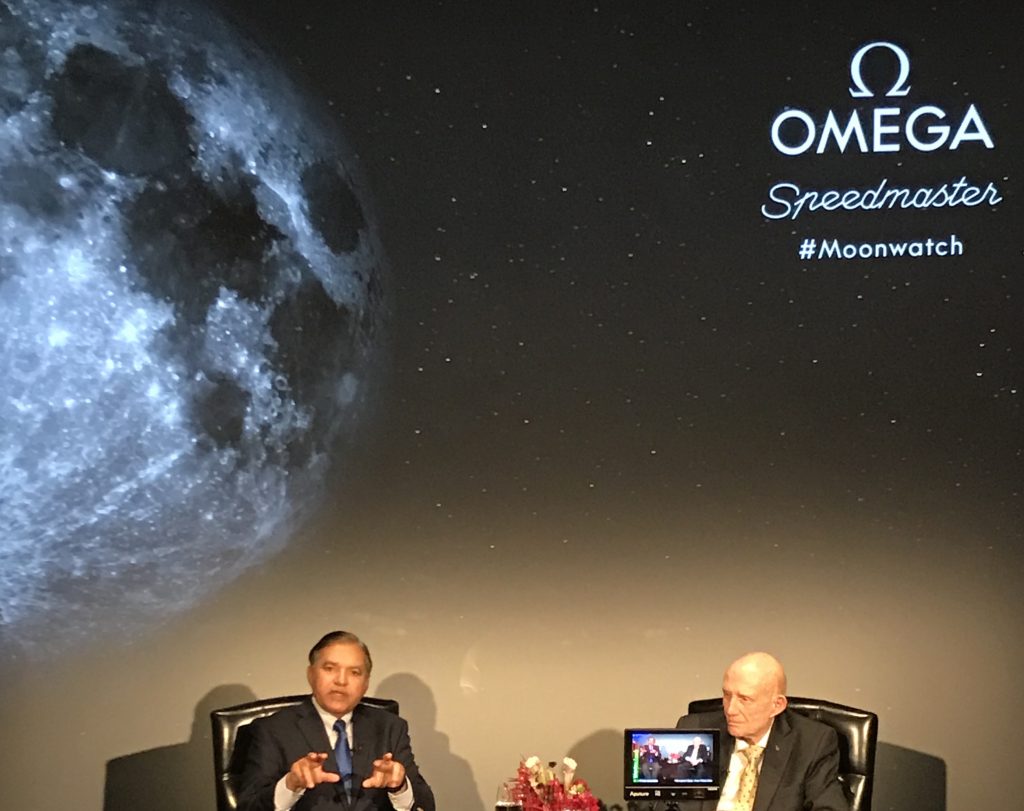 In fact, the highlight of the evening was the ‘meet an astronaut’ panel discussion moderated by David Cisco. General Thomas Stafford shared stories about their time at NASA, including how he researched the landing site for Apollo 13 and traveled the 240 thousand miles to the moon. He tried to describe the feeling of weightlessness and said that upon reentry to earth they found he had lost 1/4 of a pound in weight in each leg. According to Stafford, he had no fear about what they were doing. They understood the risks and accepted the challenge.

“As someone who has spent many hours in space, I’m thrilled to see that people all over the world are still inspired by the spirit of those missions,” said Stafford. “Only a few people get to journey into space, but everyone can be part of this amazing adventure.” 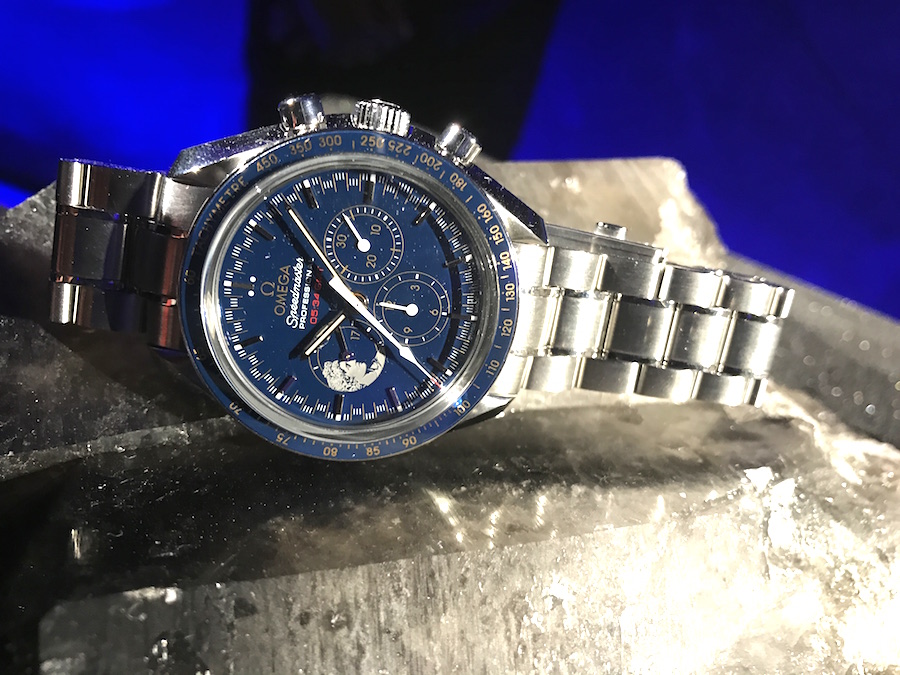 Omega Speedmaster watches unveiled during the past 60 years were on display, along with new pieces.

The original 1957 OMEGA Speedmaster was the first watch in the world to feature a tachymeter scale on the bezel. In 1965, the watch was famously tested and qualified for use by NASA for all manned space missions. Four years later, in 1969, Buzz Aldrin stepped onto the surface of the moon wearing his timepiece. While making scientific history, he also established horological history, and made Omega the first watch to be worn on the moon.

The Speedmaster, worn by NASA astronauts, explorers, pilots and others, went through many an important space mission, and has since been dubbed the Moon Watch. Today, it celebrates 60 years of incredible timing. 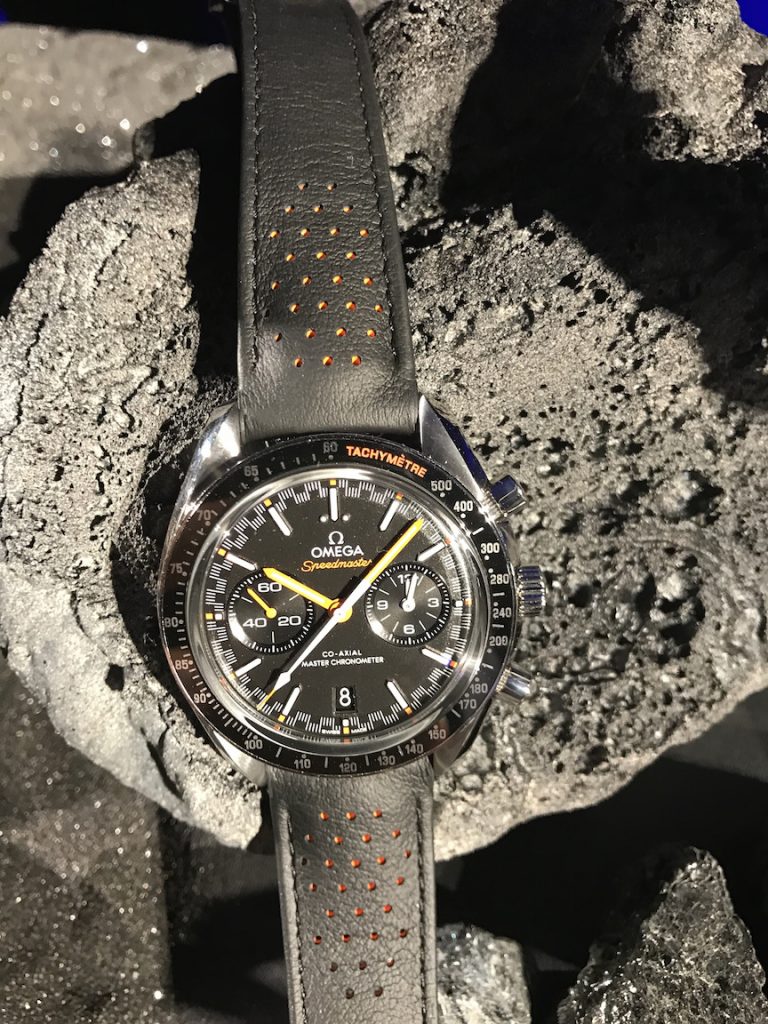 Throughout the celebratory evening, many iterations of the iconic   Speedmaster that were released over the past 60 years were on display. My personal favorites were the Speedmaster Apollo XIII Silver Snoopy, which to me features a perfect dial layout with Snoopy himself occupying one of the registers, as well as the Omega Speedmaster Racing Master Chronometer. I’d personally like to take the black with orange accents version and the stainless steel with light grey racing dial. Both looked amazing  and begged for a guilt-ridden swipe of the credit card.

Enhancing the atmosphere of the party, waiters dressed in NASA-themed science coats and celestial-themed cocktails and food items were served. The star drink of the night was Astronaut Survival Potion, a vodka-based cocktail served in a plastic pouch with a metal straw. Additionally, there was the #SpeedmasterFans photo booth that captured a photograph of the participant either wearing their own Omega timepiece or one provided by the manufacture.  Here’s to another 60+ years of Speedmaster.