I just have to say it: there may be nothing as exhilarating as driving at high speeds in a Lamborghini Huracan on one of America’s most historic race tracks, Sebring International. Last weekend, I had the chance not only to accompany a racecar driver around the track for hot laps (top speed 155), but also to drive the track myself in a Lamborghini (top speed 134 – but only because I had some drivers behind me trying to pass and the very short straightaway got shorter faster).

The incredible experience was all part of a weekend trip with Blancpain to witness the   2015 Lamborghini Blancpain Super Trofeo World Final – where 66 Lamborghinis from around the world competed for the crowning win in a multi-day, multi-race event. 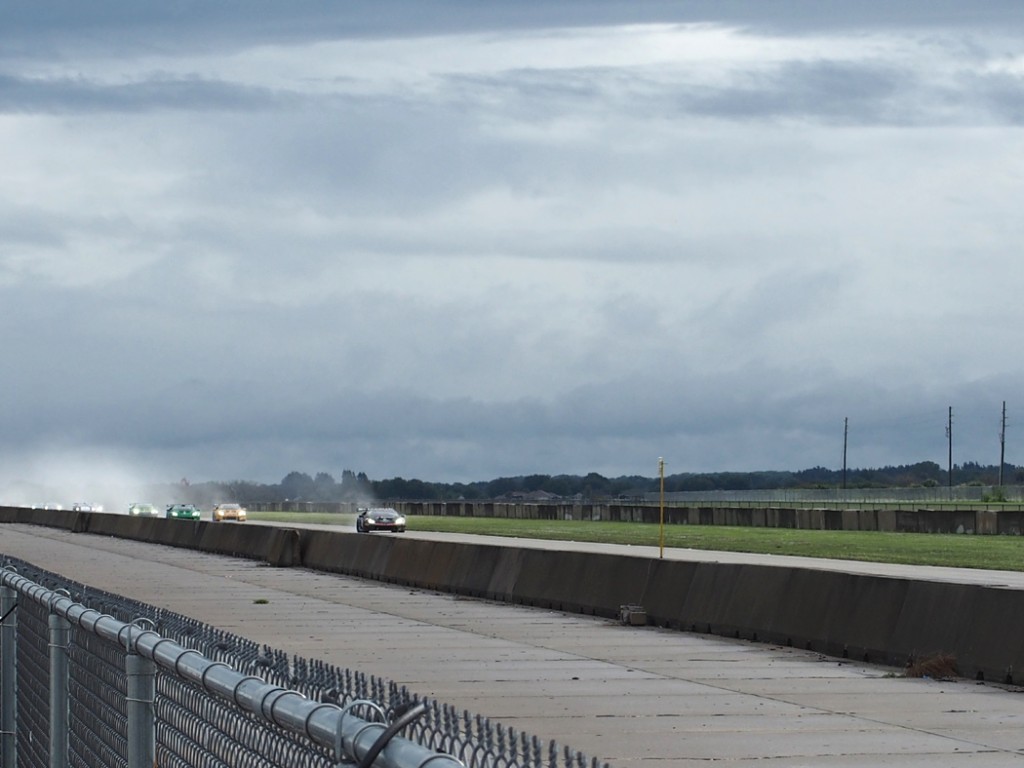 A few of the races took place in the rain at Sebring. You can see the cars spraying water as they race throught puddles (photo: C) R. Naas)

Those who know me know what a lover of race cars I am, and so every chance I get to join a race, drive a great car or be a spectator at a roaring loud car event – I’m there. I was especially thrilled to join Blancpain in Sebring. The famed 3.74-mile Sebring International Raceway circuit is truly an historic track. Its 17 turns make for very little straightaway and its bumpy ride makes for difficult driving. Built in 1950, this is one of the oldest continuously running racetracks in the USA. Parts of the track are actually converted tarmacs and runways built and used during World War II for the closely situated Sebring Regional Airport. In fact, it is said that in the early racing days, drivers would sometimes get lost on the runway sections of the original (more than 5 miles) track. 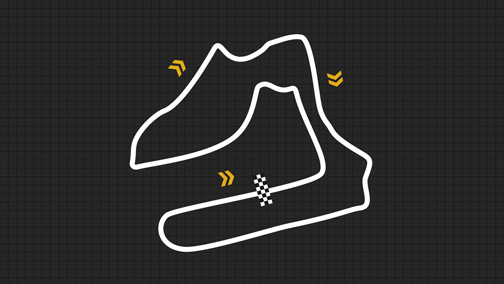 Because of the tarmac and the rough track surface, Sebring is one of the most difficult to race. There are entire sections that are the original World War II-era concrete sections with large seams in them. The transition between the rough sections and the asphalt surface can be tricky – and often many a spark flies. The track is home to the famed 12 Hours of Sebring endurance race and has hosted some of the most famed motorsport legends in history. Among those who raced this track: Mario Andretti, A. J. Foyt, Phil Hill, Dan Gurney, Stirling Moss and Jackie Icky, among others. This legendary history – of both track and drivers – never left my mind – and, in fact, I reveled in the thoughts of driving the same track some of the world’s best drivers had navigated. 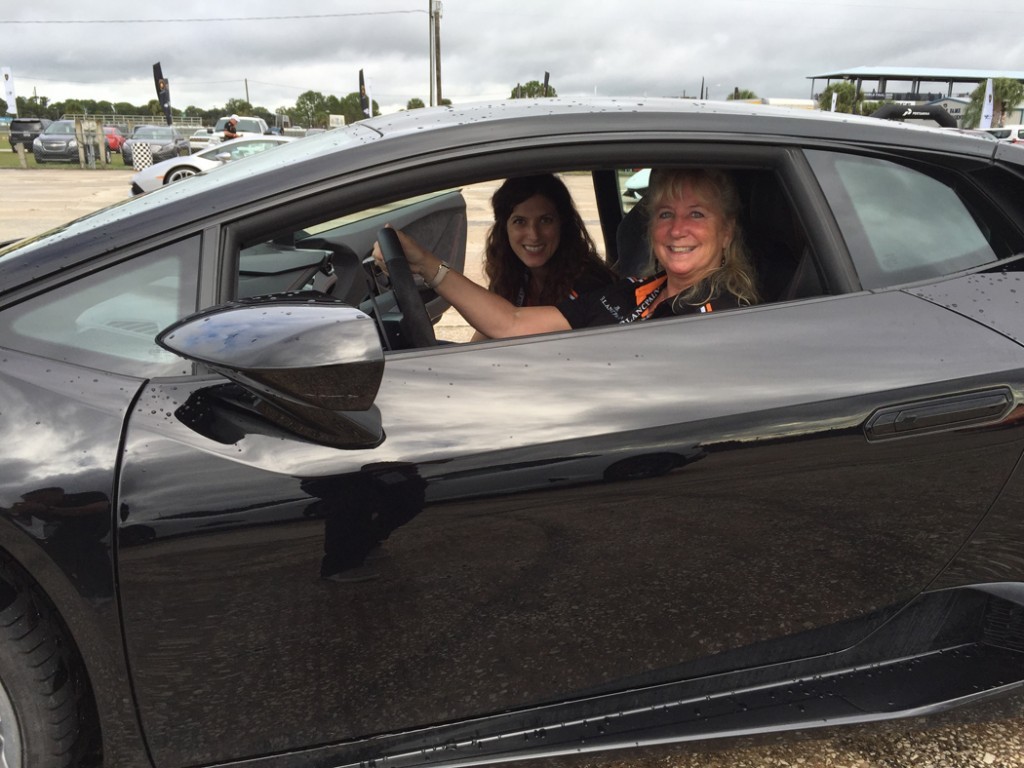 Getting ready to drive the Huracan on the Sebring circuit

Watching the 10-cylinder Lamborghinis — driven at speeds nearing 200 miles per hour during the races by professional drivers — speed through the track is   adrenaline pumping. These cars, especially the new generation Huracan that will become the only contending car in future races (pushing out the Gallardo), are like land rockets, and getting the chance to see them close up (and drive them) is a true highlight of a car lover’s life. 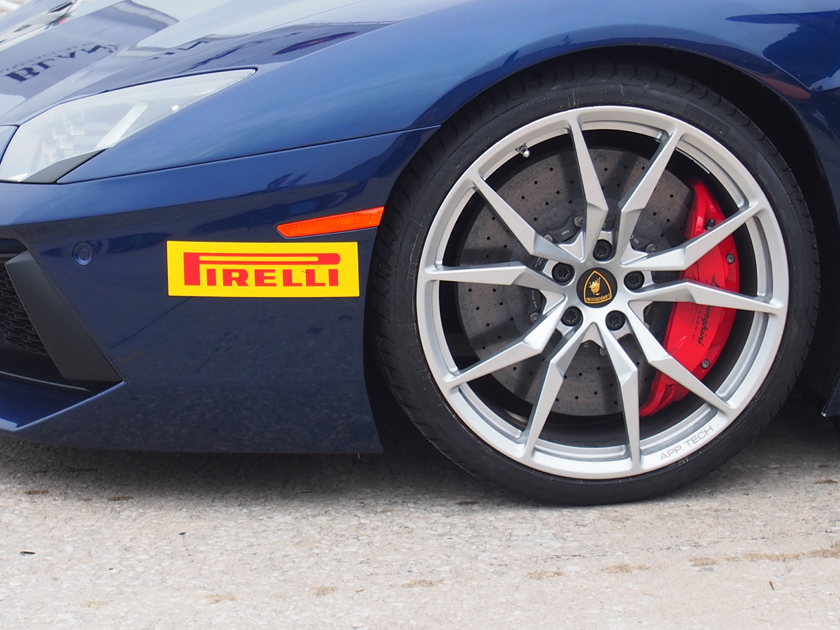 With the cost of a single Lamborghini car   (mind you there are only about 2,000 such cars made annually) ranging upwards of $300,000, racing for a season with these gems is an expensive feat. In fact, even the Pirelli tires used for the races (and the company went through more than 3,000 tires during the weekend event) cost about $600 each – and the lifespan is only 50-80 miles depending on the driver and the conditions.

With such intensity and precision involved in the world of auto racing, and the luxury of Lamborghini, the match with Blancpain makes perfect sense. As the title sponsor of the Lamborghini Blancpain Super Trofeo World Final (and the series leading up to it), Blancpain has been involved in auto racing for nearly a decade. In fact, CEO Mark Hayek is an avid racer and even participated in the European series. 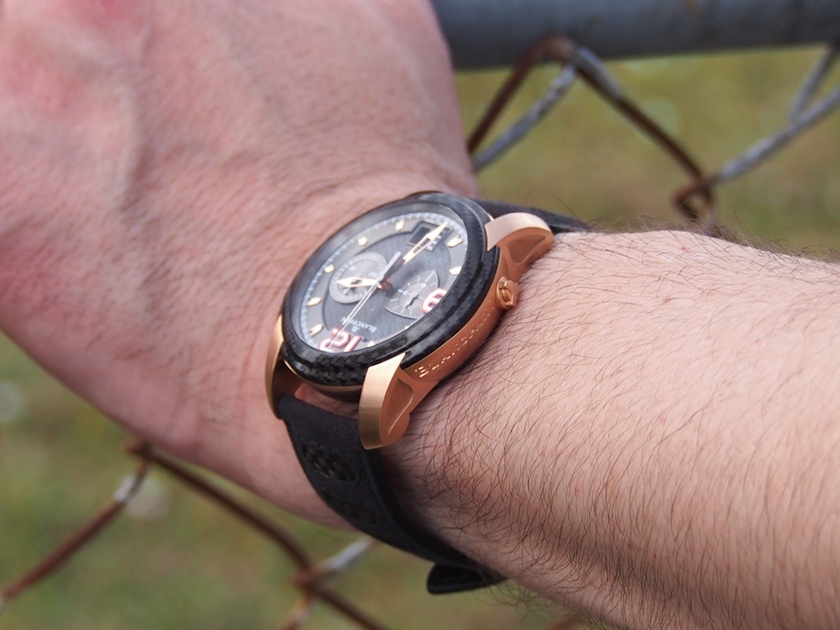 What is incredibly impressive about the alliance is the visibility and respect paid by Lamborghini to Blancpain. Unlike may other motorsports events, where the watch brand involved has signage on the track and maybe a few other places, Blancpain’s name at Sebring was inescapable. From step and repeats to flags, banners, clocks and – most importantly – every racecar on the track – the Blancpain name flew almost as strongly as Lamborghini.

Under Hayek’s direction, Blancpain is also involved n other motor sports events, including acting as the Official Timekeeper of the FIA GT1 world championship, the Blancpain Endurance Series and others. As such, it makes perfect sense that the brand would build a related sports timepiece that rivals the Lamborghini in terms of innovation, function, precision, materials, luxury and excellence. The L-Evolution series, created in limited edition versions and built of such materials as titanium and carbon fiber, includes much-used functions such as L-Evolution-R Flyback Chronograph that lest the wearer time multiple events (laps) at once. 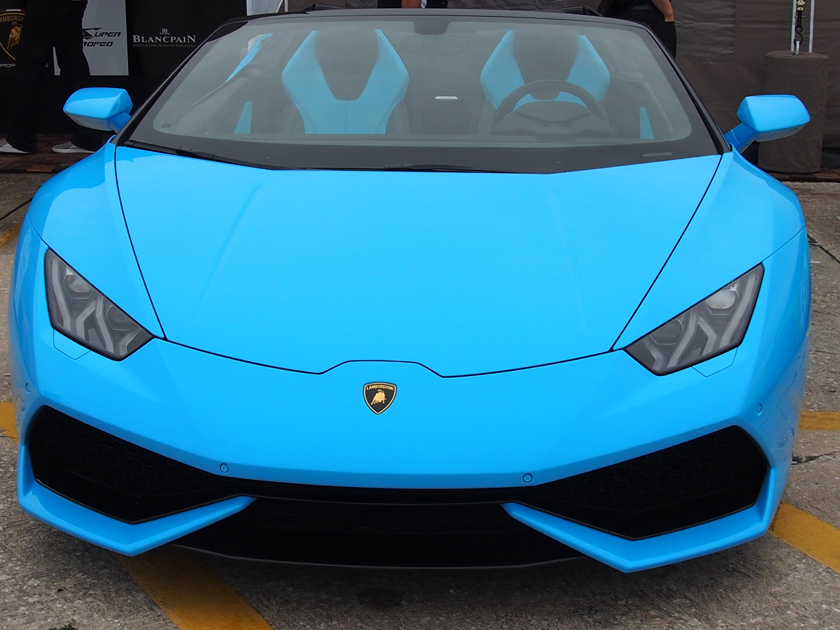 In addition to the 66 race cars participating in the World Final, another 30+ Lamborghini owners and dealerships rallied together and displayed their cars – including some very rare multi-million-dollar versions – in the Lamborghini car corral at Sebring.

Here, we bring you a 30-image slide show — all original images by Roberta Naas — of some of the most beautiful cars and watches in the world.

Getting ready to drive the Lamborghini Huracan

Getting ready to race