By Marie A. Picon 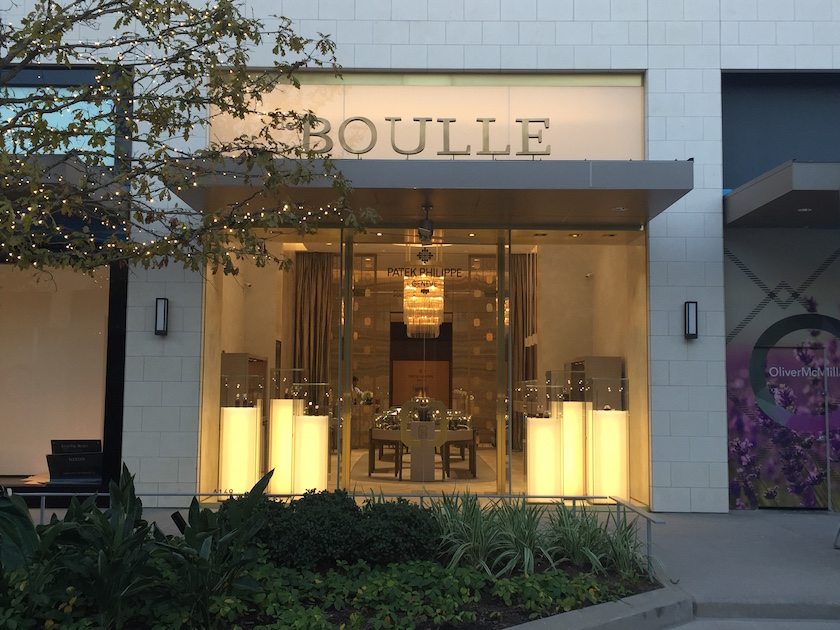 An enthusiastic crowd of 165 people gathered in Houston last week to celebrate the opening of a new destination for top timepieces in the Bayou City’s toney uptown area. The latest project in a long-running partnership between a family-owned Swiss watch company and a family-owned Dallas jeweler, the new Patek Philippe Showroom at de Boulle Diamonds & Jewelry offers a comprehensive collection of watches by the legendary Geneva maison. It is just one of the many retail gems that promise to make the newly inaugurated River Oaks District-– the city’s top spot for luxury shopping.

Denis Boulle founded de Boulle Diamonds & Jewelry in Dallas in the ’80s and, today, the jeweler continues to be recognized as much for its winning graciousness as for its outstanding expertise. Boulle says, “Our Dallas location is a friendly, open space with plenty of comfortable seating and a bar. We wanted to replicate the feel of the home store in Houston.” In line with the sleek architecture of the River Oaks District, the newer de Boulle location is contemporary in its finishes and furnishings—considerably more modern than the Dallas manse, which was built in the style of a French villa, but just as welcoming. The front of the Houston store is dedicated to fine jewelry—including the jeweler’s own de Boulle Collection, designed by Denis’ wife Karen Boulle—all displayed under gleaming glass. A little farther back, a coffee bar and seating area run the full width of the store. And a few steps beyond that, you’ve entered the sanctum sanctorum, the Patek Philippe Showroom, the impeccable details of which reflect the décor and aesthetic of the watchmaker’s identity and its salons around the world. 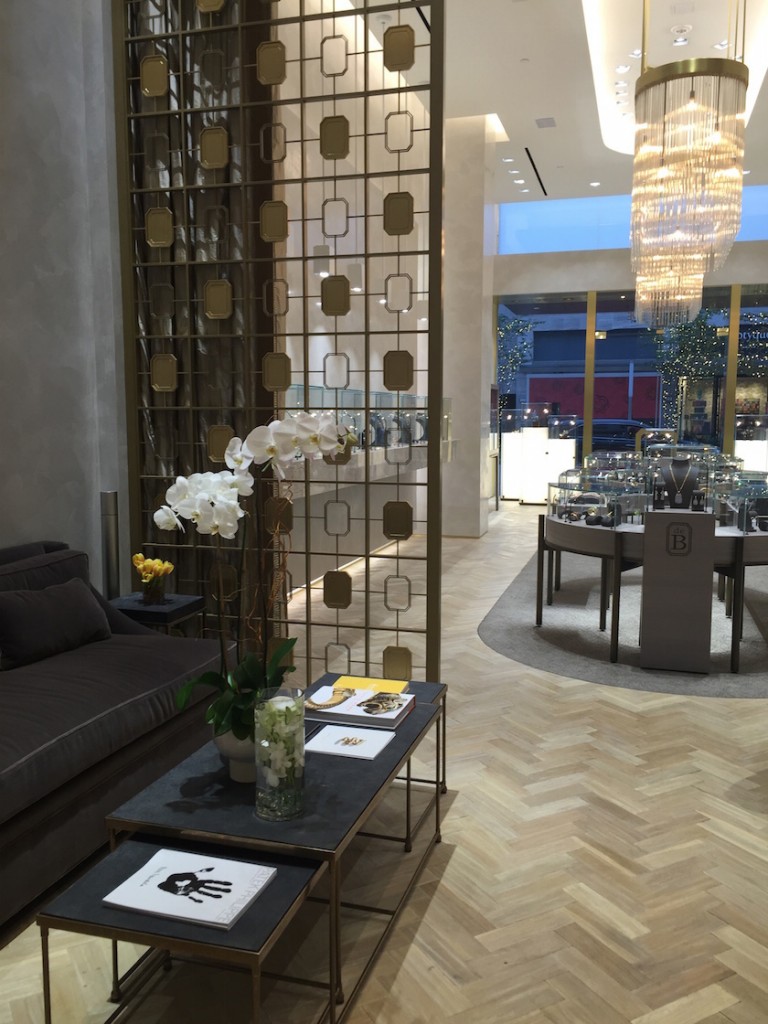 The store carries the breadth of Patek Philippe timepieces

The watch selection spans the breadth of Patek’s range, from the classic Calatrava to elegantly executed high complications. Two exceptional pieces prominently exhibited at the center of the showroom exemplify the watchmaker’s dedication to craftsmanship and rare hand-wrought decorative techniques. They are a Patek Philippe Dome Clock, covered in enamelwork depicting mallard ducks, and one of four unique Patek Philippe Calatrava wristwatches created for Patek’s 175th anniversary, featuring a wood marquetry dial depicting a scene of boats on Lake Geneva.

The opening of a new Patek Philippe retail location is something of a rarity in itself. Demand for this brand’s watches generally exceeds its production capacity, so Patek Philippe has streamlined its retail network over the past decade with an eye toward supplying a smaller number of retail partners with a better selection of timepieces. So, why open now? And why in Houston?

Patek Philippe USA president Larry Pettinelli explains, “There are still a few markets that take priority, if the right opportunity presents itself. Houston is one of those markets. When one of our Houston retailers, Paul Carter Jewels, was closing in 2014, we contacted de Boulle, who is one of our most trusted partners, and agreed to try to develop the market at the highest level.” Pettinelli is impressed with the completed boutique. He says, “Denis and Karen Boulle have created a very luxurious environment with many custom elements and architectural design that enhance the large Patek Philippe space, which they use as a focal point.” 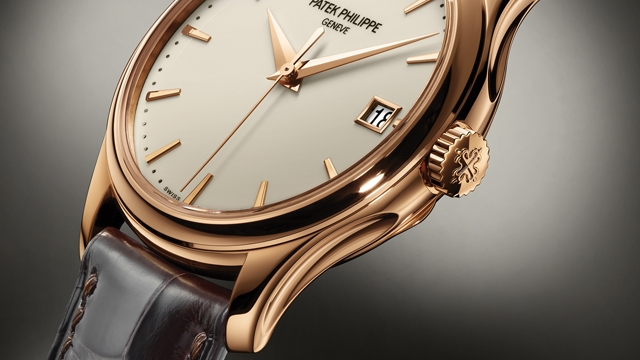 For his part, Denis Boulle says he was drawn to the prospect of opening in the rapidly growing city because it offers him the opportunity to serve an international clientele. “This is such a large, international city,” he says. “At the Houston store, we meet people from all over the world.” But even more than that, Boulle appreciates the particular genuineness he finds in Houstonians, a characteristic he has picked up on since he began splitting his time between H-Town and the Big D. “Houston is very authentic,” he remarks. “The people we’ve met have been so friendly and warm.” Considering the jeweler’s outstanding selection of Patek Philippe timepieces, stunning fine jewelry and standout reputation, Houston is sure to find much to admire in de Boulle as well.