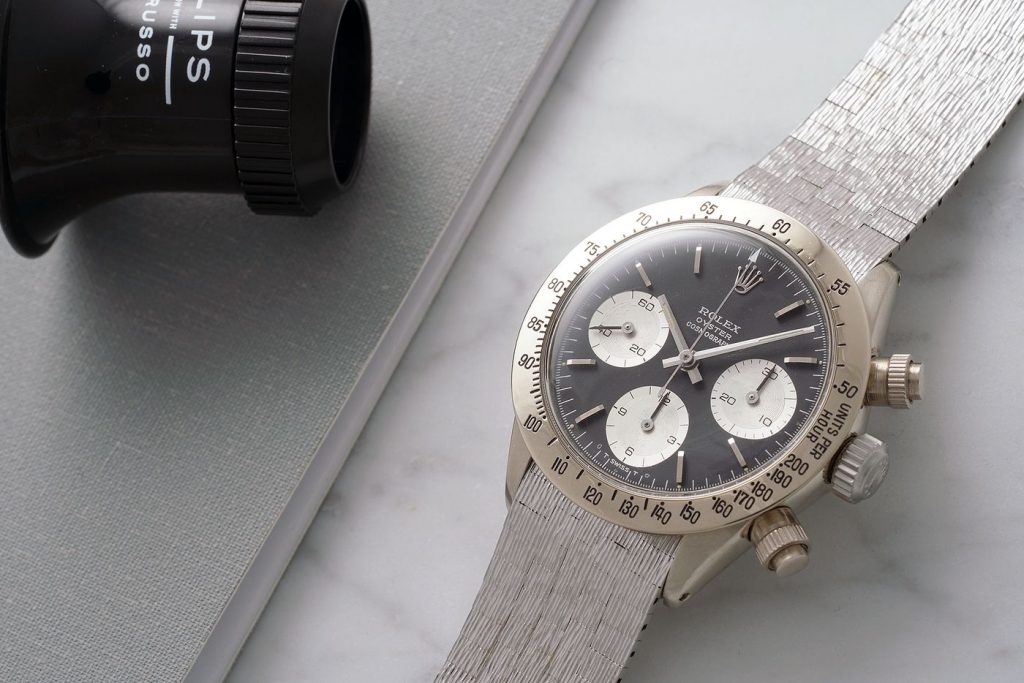 What may well be the only known vintage Rolex Cosmograph Daytona in 18-karat white gold with white gold bracelet, “The Unicorn”  Reference 6265, is going up for auction by Phillips in Association with Bacs and Russo.  It is estimated to sell for more than $3 million.  This makes the first time this extremely rare  watch will come to auction at the Daytona Ultimatum Auction on May 12, 2018  — and its sale goes for a good cause.

Considered one of the world’s most important Daytona watches, and simply irreplaceable by its owner, John Goldberger, the Rolex will fetch a nice price. As such,  he has opted to put it up for auction for the benefit of Children Action, a foundation dedicated to helping the lives of youth around the world. It will be the headliner watch at the upcoming  Daytona Ultimatum, a thematic sale offering 32 of the rarest and most sought-after Daytonas ever made by Rolex. 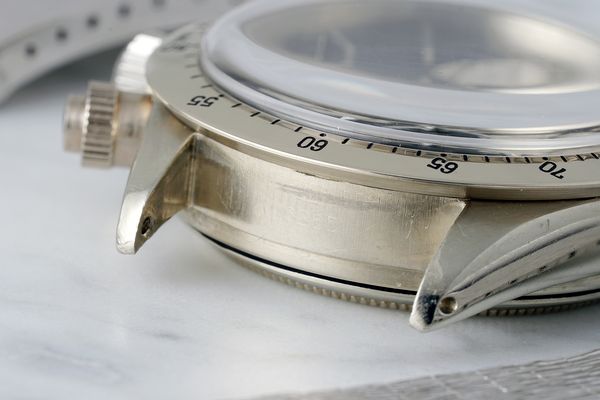 Before the discovery of “The Unicorn” watch 10 years ago, it was thought Rolex only created Daytona in steel and yellow gold.

3 things you need to know about the Rolex Cosmography Daytona, “The Unicorn” Ref. 6265

1- It was believed that Rolex only produced manually wound Daytonas in stainless steel or in 18k yellow gold (with 14K yellow gold models being sold in America). With the discovery of The Unicorn, Ref. 6265 some 10 years ago, it was  determined that this watch was one of the most luxurious of its day.

2- It is believed that the watch was a custom order (requested from a German retailer) and was made in 1970, and delivered n 1971.

3 –  Bearing reference number 6265,  the Cosmograph Daytona’ The Unicorn offers a once-in-a-lifetime opportunity for collectors to own  a vintage white gold Rolex chronograph. 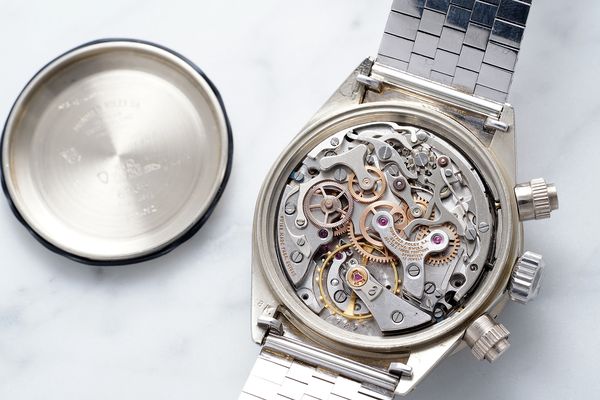 Aurel Bacs, Senior Consultant of Bacs & Russo, said he was delighted to offer the watch at auction. “I never dreamt I would one day sell this watch, and I have known about this watch for long enough to realize what it means to John Goldberger to have come to this decision. I am therefore honoured to have been entrusted with the sale of such an extremely important piece, the only white gold manual winding Daytona known to the world. This watch will be remembered for all the good it will do when it is sold for the benefit of Children Action, this May, as part of our Daytona Ultimatum thematic auction.”

According to the Phillips press release:

“John Golberger knew he had stumbled upon a very special Rolex Daytona when he picked up this 6265 and immediately felt the weight of its metal. This was no stainless steel Daytona. It was much, much heavier. And that was unexpected, if a little unbelievable at first. Goldberger is a seasoned collector, a man who has bought and sold many peculiar Daytona examples in his life, some fitted with special dials and/or custom bracelets. But he’d never, ever seen one cased in white gold. He’d heard of one: a rare unicorn whose existence he almost dismissed as all 6265s were thought to have been made either in stainless steel or in yellow. But this particular white metal example and the 18k hallmark engraved in the lugs at the back told a different story.” 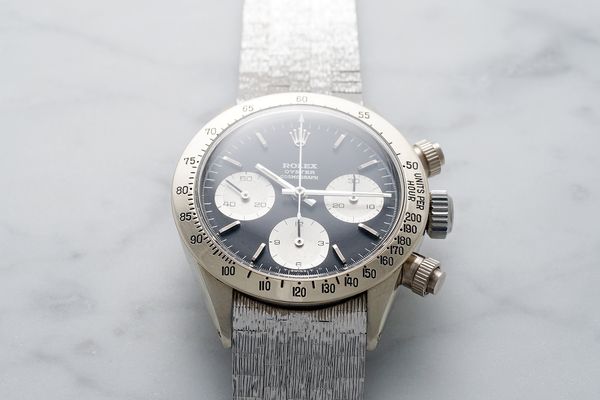 “The Unicorn” Rolex Daytona Cosmograph Ref. 6265 is expected to fetch upwards of $3 million when auctioned by Phillips

The Background Of Using White Gold In The 1970s

Also according to the Phillips Press release,  “Rolex made plenty of watches in white gold during the 1970s. Or, to be more precise, Rolex made plenty of white gold Day-Dates back then. The use of white gold in the production of the Day-Date shouldn’t come as a surprise. This was then the company’s most glamorous model after all, so the use of precious metals — including yellow, pink, white gold and platinum — seemed logical. The decision to use that same metal for a sports watch is a little more surprising, however. Launched in 1963, the Daytona was designed as a robust mechanical chronograph, meant to be worn and used every day. The vast majority were therefore made in stainless steel, which is a little more forgiving than gold when it finds itself on the receiving end of life’s little knocks. Still, yellow gold examples were made, sparingly, either in 18k gold or 14k for the American market, and for a while these were known as the most extravagant examples of a vintage Daytona. But here we are, looking at a unique white gold Daytona from the early 1970s. The watch also features a black “sigma” dial with white gold indexes, which is consistent with the case metal. Not much else is known, except that the watch was manufactured in 1970 and delivered in 1971 to a German retailer.” 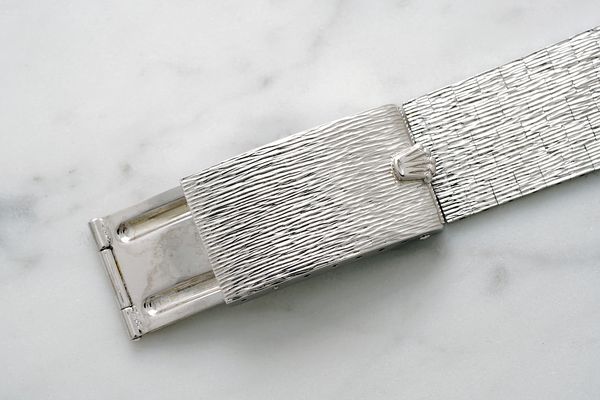