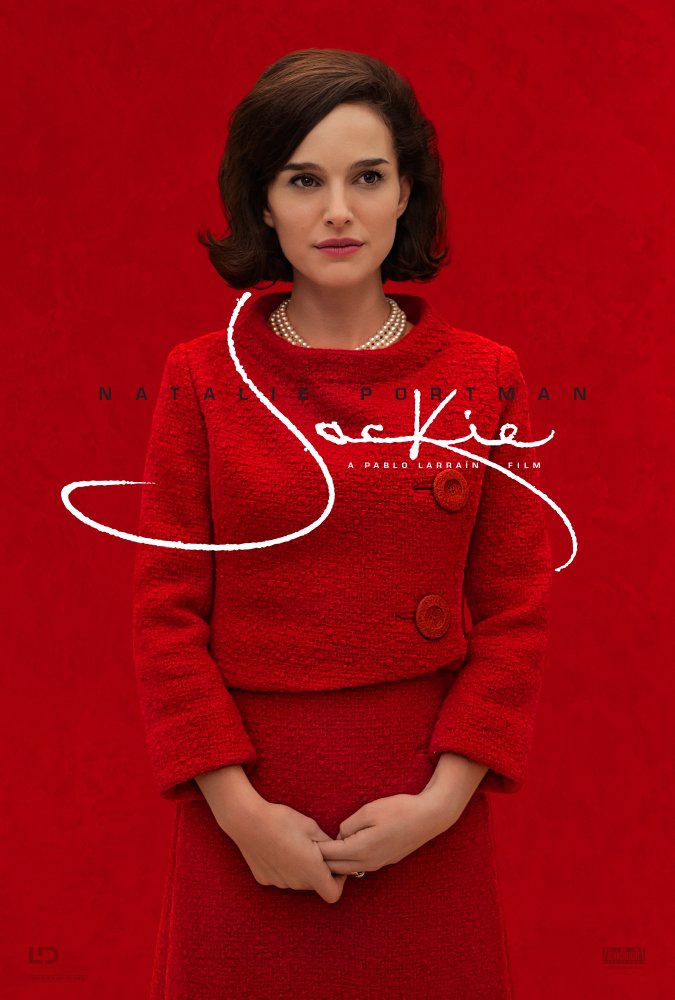 In the new film about the Jackie Kennedy — the last four days before President John F. Kennedy was assassinated — Natalie Portman, who plays Jackie, wears the original Piaget watch with jade dial that Jackie wore.

Jackie Kennedy was one of the most popular and most photographed First Ladies of the 20th century and owning an outstanding green jade dial Piaget watch was indicative of her personal statement. She was known for her elegant fashions and accessories that bred an iconic style. The new movie, directed by Pablo Larrain is a blend of fact and fiction, and in several scenes throughout the movie, Portman is seen wearing the original watch that Jackie Kennedy wore during that era. 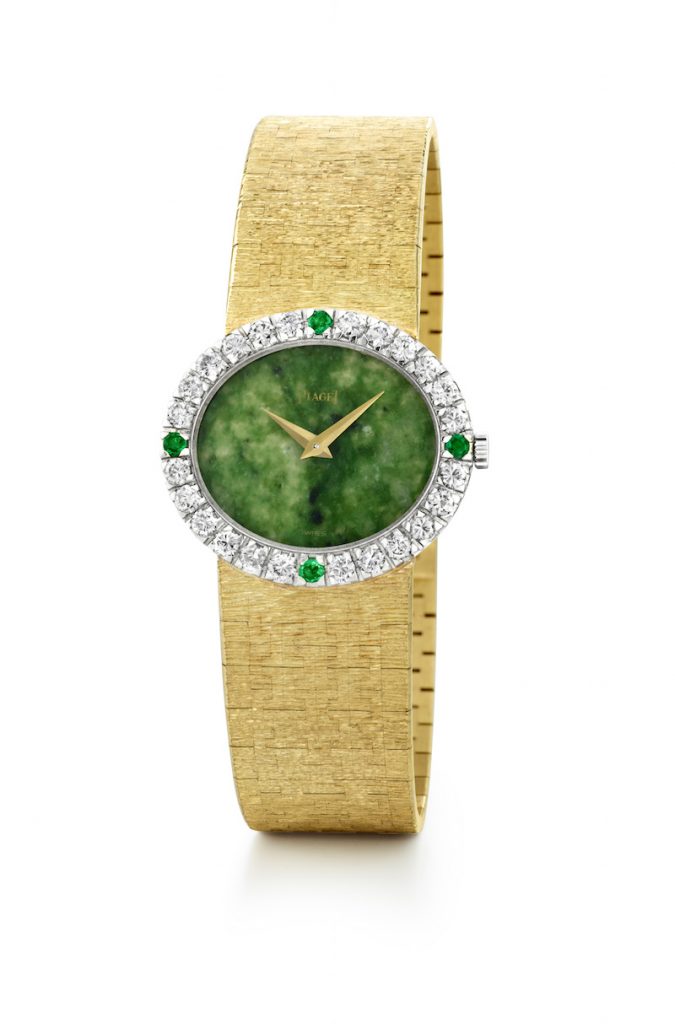 Jackie Kennedy’s original Piaget with jade dial is worn by Portman in the movie.

Featuring an oval jade dial set with diamonds and green tourmalines, this watch is finished with a supple mesh bracelet adorned with the very Piaget “palace” decor. The elegant timepiece that once belonged to Jackie Kennedy is emblematic of Piaget’s golden age and demonstrates the brand’s fine goldsmithing workmanship.

To further honor the look Piaget is unveiling two new watches based on the original jade-dialed piece. The new watches, slated to be unveiled during SIHH 2017 will have Carnelian or turquoise dials. Here we bring you a sneak peek as the lovely Traditional oval-shaped watch with natural turquoise dial. Crafted in 18-karat white gold, the case is set with 24 brilliant-cut diamonds. The watch is powered by the Piaget 56P quartz movement. Like the original jade-dial watch that Jackie Kennedy owned and wore, this watch and the other one being unveiled in 2017, feature fabric-like 18-karat gold bracelets.

Piaget Tradition watch with natural turquoise dial will be officially unveiled at SIHH 2017.

Piaget has demonstrated a longstanding commitment to supporting cinema and the arts, and in February 2017, Piaget will once again be serving as Premier Sponsor of the Film Independent Spirit Awards for the tenth consecutive year. The partnership for the Jackie movie was initiated and managed by Hill Valley product placement, promotion and brand content agency.