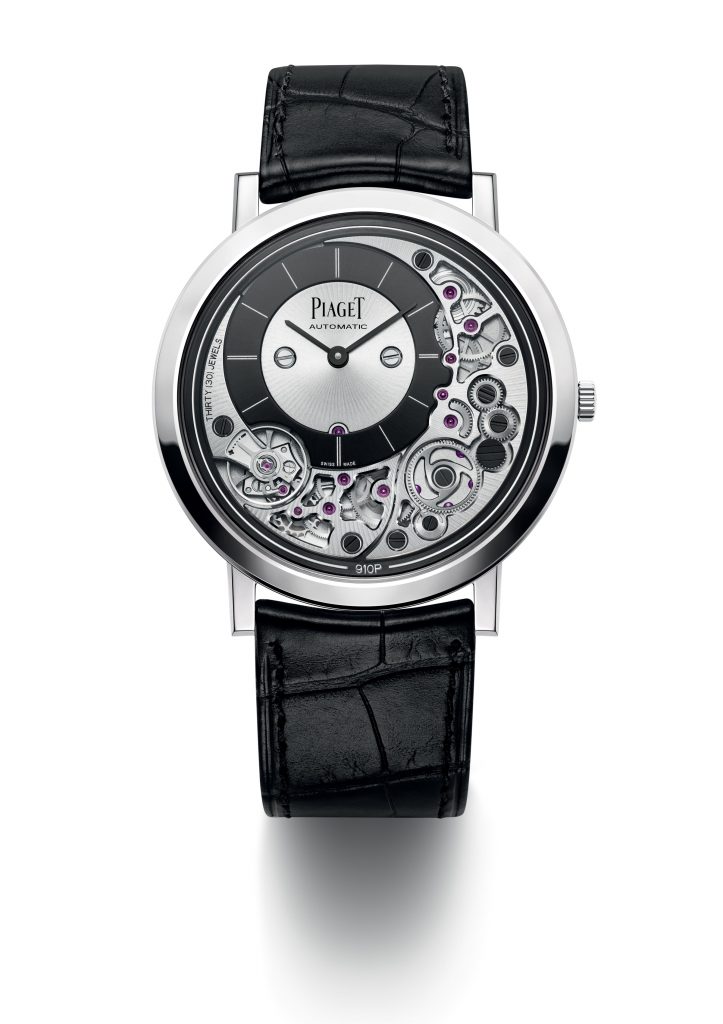 Like it has been doing since the middle of the 20th century, Piaget once again works its magic in the world of ultra-thin watches … this time  unveiling the Piaget  Altiplano Ultimate watch. Prior to the SIHH in January in Geneva, the brand gives us a sneak peek at the incredible new watch. The new Altiplano Ultimate Automatic measures a scant 4.30mm in thickness thanks to the fact that  the movement and case come together as a single piece, much like the brand’s 900P concept movement unveiled a couple of years ago. The new Piaget Altiplano Ultimate Automatic 910P movement pushes the boundaries of tolerances, and sets a new world record as the slimmest self-winding watch.

This year marked the 60th anniversary of the Altiplano line and of the brand’s famed 9P ultra-thin movement. Thus, this new watch underscores the brand’s commitment to technical excellence, thinness, and elegance. The new watch was more than three years in the research and development stages. In the creation of this watch, the case serves as the mainplate, to which 219  incredibly thin components are affixed. Pared down to extremes, some of the parts are barely thicker than a hair, with some wheels measuring just 0.12 mm thick (compared with 0.20 mm on a traditional movement). The complex architecture means the suspended barrel and bridges are fitted on the dial side, as is the going train, and all are visible through the front of the watch. 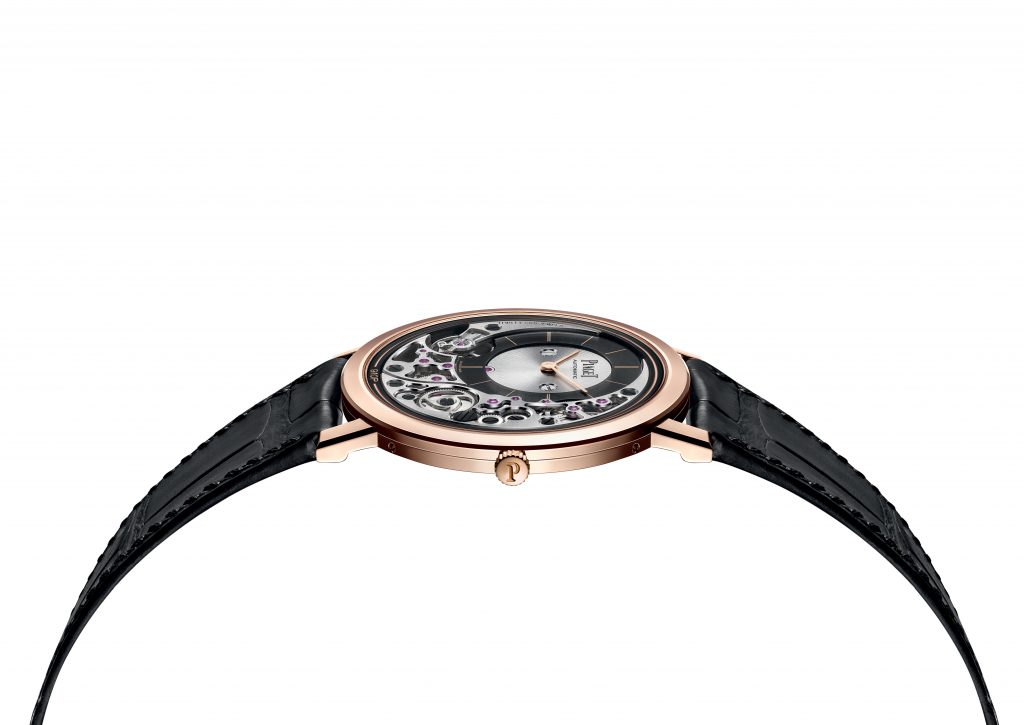 The case of the Piaget Altiplano Ultimate Automatic watch serves as the main plate for the 910P movement.

The Altiplano Ultimate Automatic is endowed with 50 hours of power reserve and features an oscillating weight in 22K gold with black PVD coating  positioned on the movement periphery. Additionally,  the hours and minutes are integrated within the thickness of the caliber rather than placed on top, as  in standard constructions. This major breakthrough designed to enhance reliability has a patent pending. When a watch is subjected to strong pressure, its glass is slightly distorted, but in this ultra-thin watch if the crystal pressed against the hands, it would cause the movement to stop.  By fitting the hands below the bridges, Piaget  frees up space between the cannon-pinion and the glass so that when there is pressure, it does not push on the hands, but instead pushes  on the gear-train bridge and so has no effect on the smooth and continuous running of the movement.

As is typical of Piaget, despite the thinness of the components, the brand makes no sacrifices when it comes to fine finishing.  Machined in the watch case, the main plate is satin-brushed and sandblasted, and the wheels are alternately sunburst- or circular satin-finished. The  “Piaget Automatic” inscription that appeared on the very first ultra-thin watch from the brand is replicated on this watch. 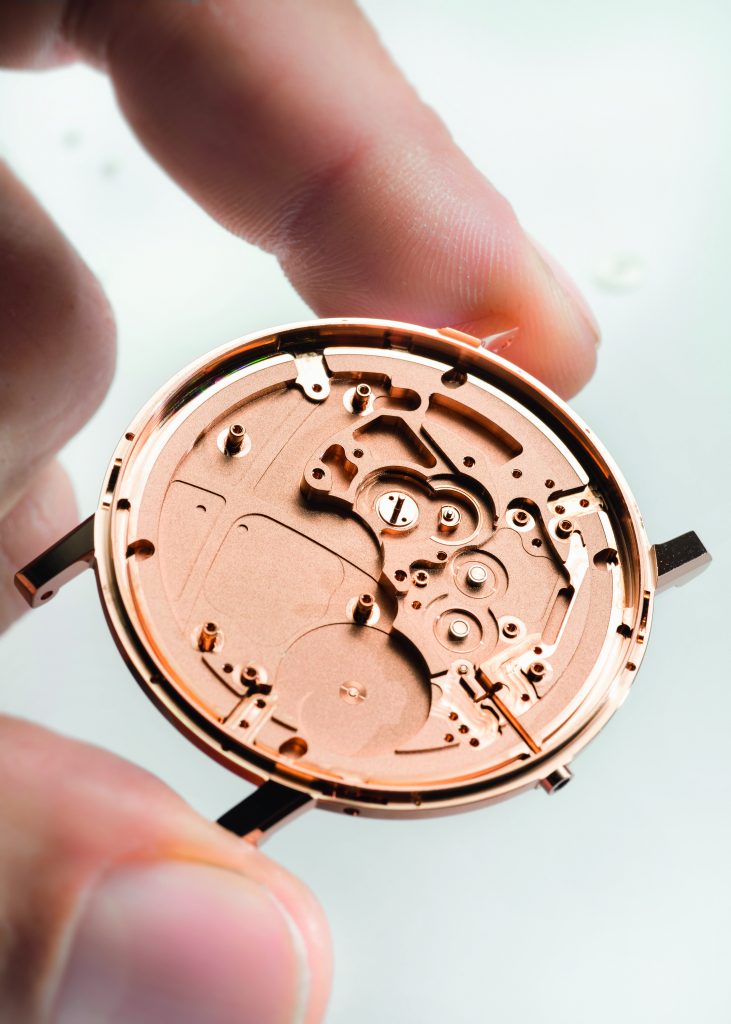 The case and movement of the Piaget Altiplano Ultimate Automatic watch measures 4.30mm in thickness. 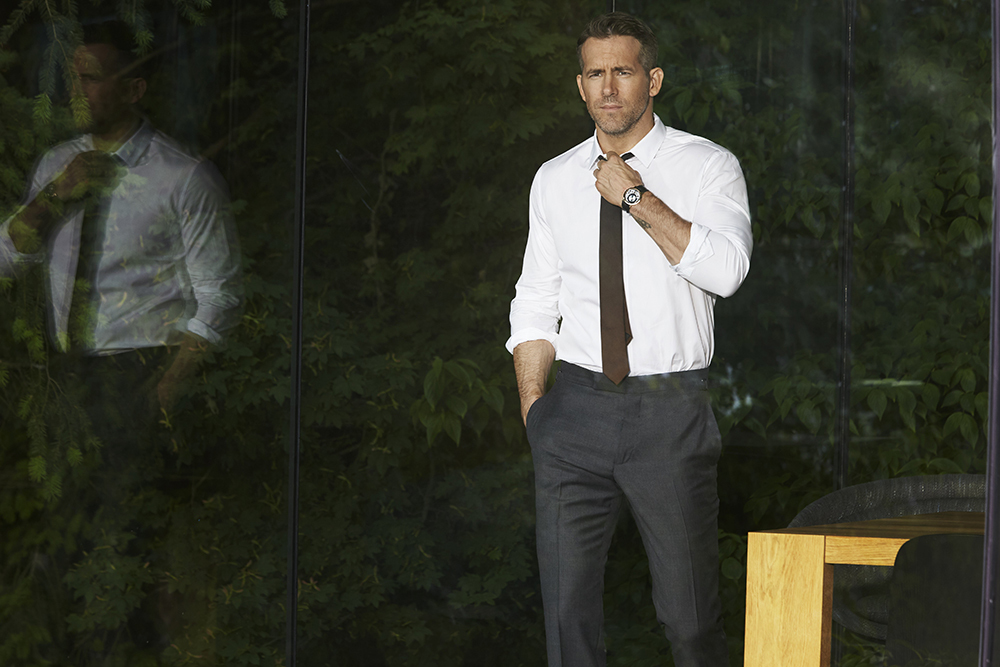