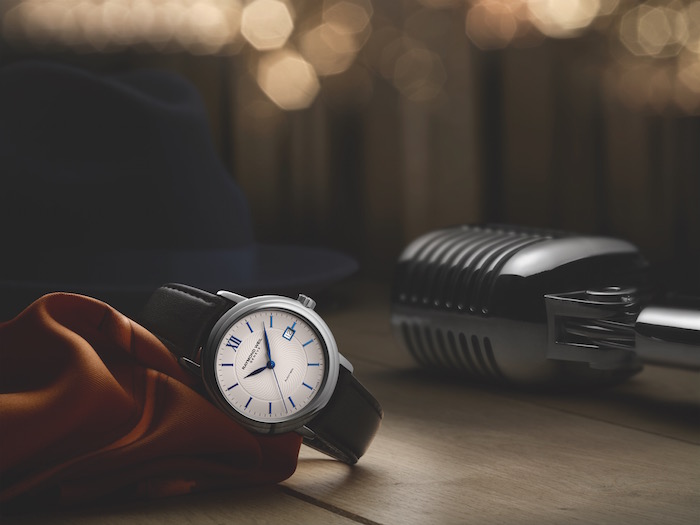 Music is often a driving source of inspiration. How many times do we hear a song and be whirled away to a different moment or a different memory?  Music has a way of capturing time itself. That may well be why Raymond Weil has teamed up with Frank Sinatra Enterprise to create a timepiece reminiscent of the musical legend who has been a source of inspiration for generations. The new Raymond Weil  Maestro Frank Sinatra Limited Edition watch celebrates  the 100th anniversary of Frank’s birth date, December 12th, 1915. The design concept:  classic looking to accurately reflect the style of Frank himself.  Its 39.5mm case is crafted of polished steel and contains a mechanical self-winding movement, complete with 26 jewels and a 38-hour power reserve. 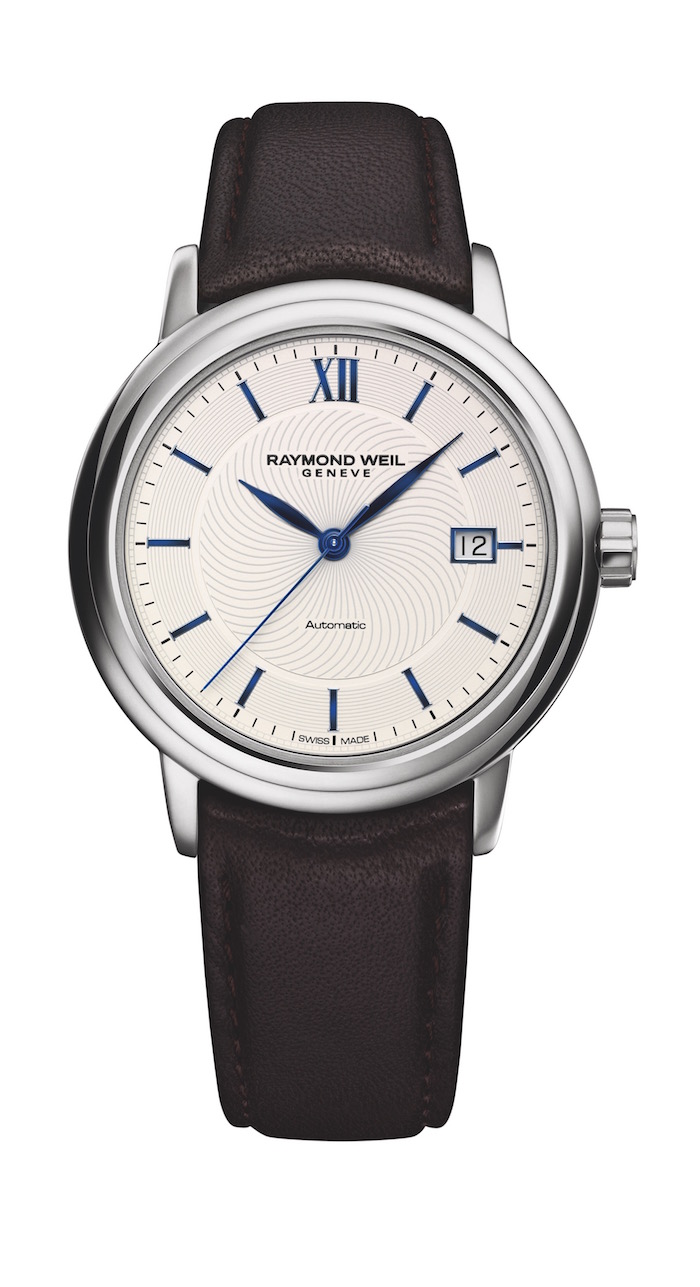 The three-hands watch with date window at 3 o’clock on the silver giiulloche dial features blue Roman numerals, indexes and hands to subtly pay tribute to Sinatra’s nickname “Ol’ blue eyes”. The case front and back are both protected by sapphire crystal with a dual anti-reflective treatment specifically for the front crystal.

According to Frank Sinatra Jr., “Frank Sinatra the musician understood the vital importance of time. He recognized that each of us lives by his own internal clock and many times when preparing his music, would instruct his orchestrators to employ what he had named the heartbeat tempo. Time, he said, was the most important force in all of our lives”. 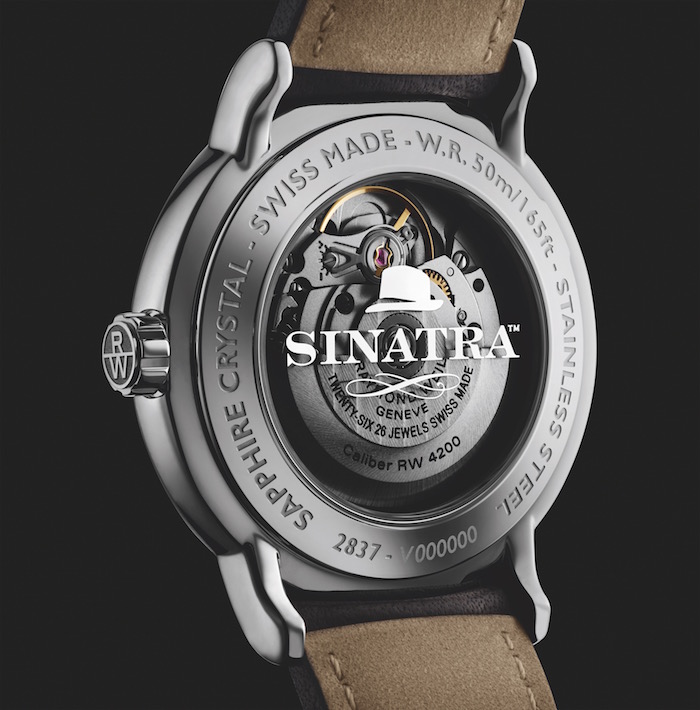 The case back to the Maestro Frank Sinatra Limited Edition.

In reference to Sinatra’s birthdate, 12/12/1915, there will only be 1,212 pieces released, with the first three going to Sinatra’s three children. All will be numbered and the caseback of each is etched with the word “Sinatra” as well as with an image of his iconic hat. The timepiece is finished with a genuine brown leather strap with a polished steel buckle and will be water resistant up to 5ATM. The Maestro Frank Sinatra Limited Edition will be available for purchase in June 2015 and will sell for a cool $1,395.

The association between Weil and Sinatra is a natural fit, since the Swiss-made Raymond Weil brand has deep roots in musical appreciation and musical integration — with most of its collections named for operas and music.