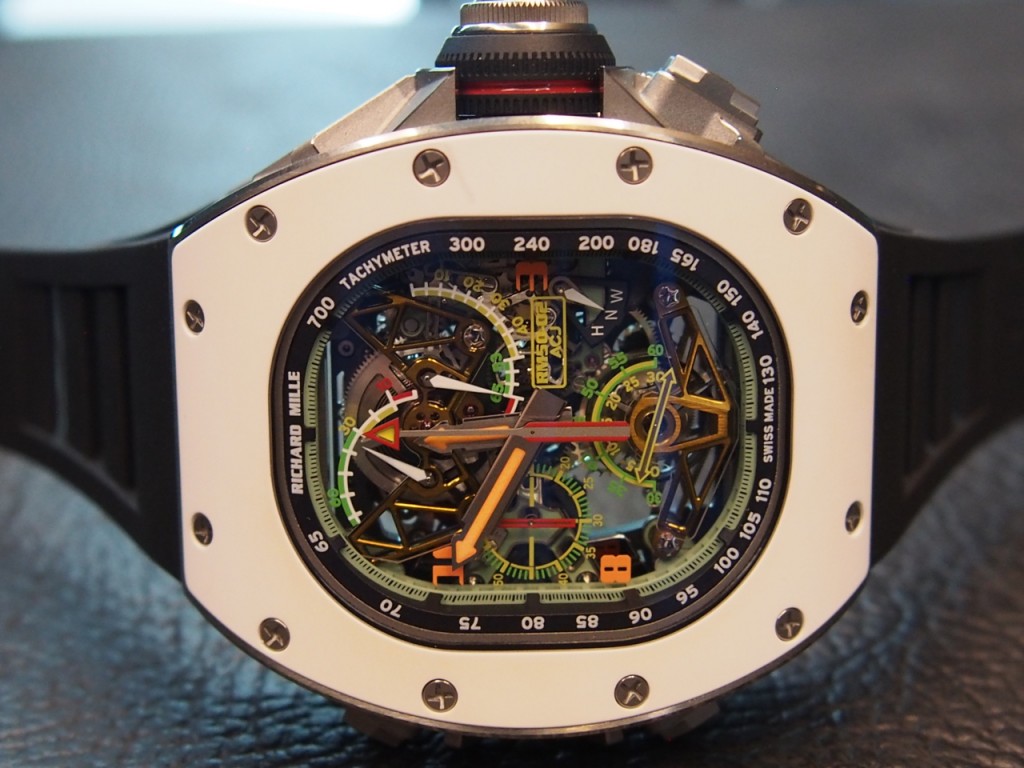 The new watch is the result of a collaboration between Mille and ACJ, Airbus (photo: R. Naas)

A new year means new limited editions pieces from one of the industry’s most recognized independant watch makers, Richard Mille. Unveiled at SIHH 2016 – and not yet in stores — the 30-piece limited edition RM 50-02 ACJ Tourbillon Split Second Chronograph has a lot of collectors taking notice.

Created thanks to a partnership with Airbus, this piece is inspired by aviation and  demonstrates a pursuit for more efficient, stronger materials, more refined engineering practices and more innovation — in both aircraft and timepieces. The thing we question — is this truly a smart Richard Mille affiliation? 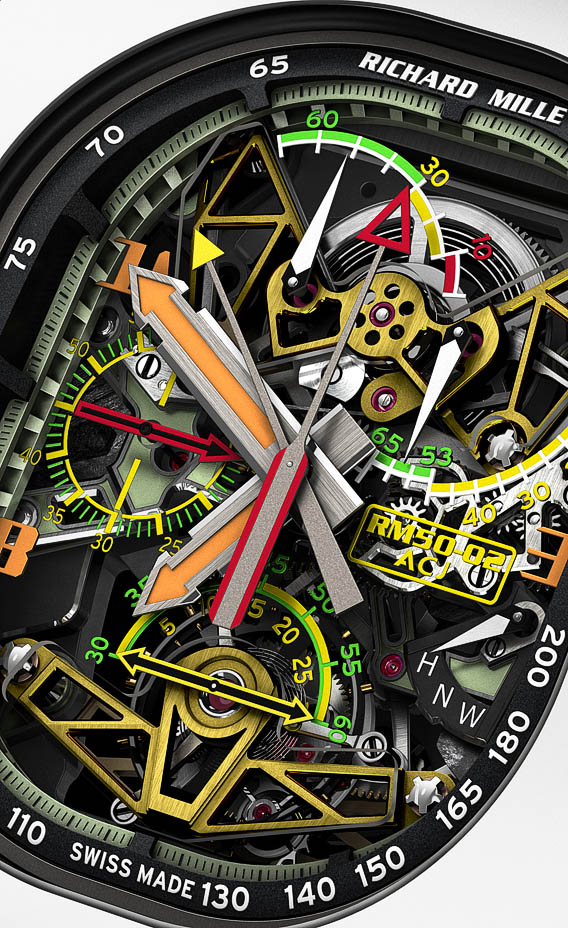 Airbus has been a leader in the airline and aeronautical design industry for years and is also known — in elite circles —  for its bespoke Aribus Corporate Jet unit, (ACJ) for private clients. It is in this realm that Mille and Airbus are working together. In fact,  Sylvain Mariat, Head of ACJ’s creative design unit, in conjunction with Julian Boillat and Salvador Arbona with Richard Mille’s  R&D department drafted the designs for the RM 50-02. The end result features a pretty impressive timepiece with all of the trademark elements of Richard  Mille watches: open worked design elements in the internal design of the bridges,  baseplate in grade 5 titatnium, skeletonization to every possible piece of the watch, and an extreme focus on weight reduction.

Additionally, the RM 50-02 features some unique aeronautical flare and substance thanks to the partnership. In fact, a number of the internal components have been coated with a chemical typically used to protect jet engines and chassis parts from corrosion and environmental conditions. 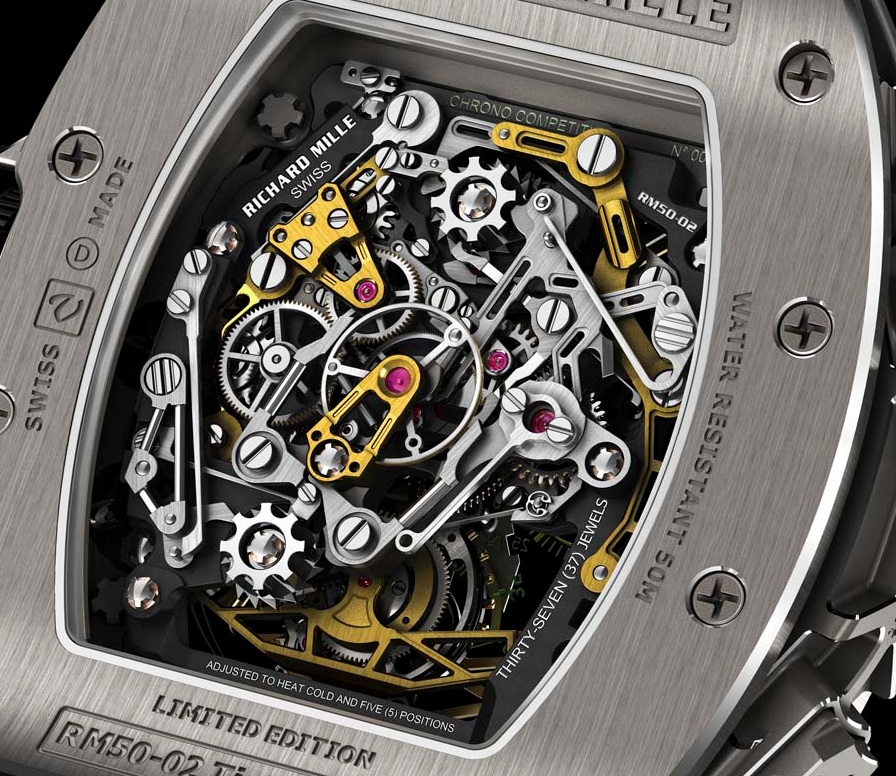 The movement is finely skeletonized and visible from and back

There are also a number of technical enhancements. For instance, in the split second chronograph,  the initial jump of the chronograph seconds hand during starting and stopping has been eliminated. Additionally, with the new split seconds components in titanium, the chronograph’s energy consumption has been lowered through the reduction of internal friction.

On the face of the dial-free watch there is a 70-hour power-reserve indicator between the 11 and 12 o’clock position. There is also a torque indicator and a function indicator to show the watch’s state in each of the positions for winding, neutral and Hand setting.

The case of the RM 50-02 is crafted in Titanium-Aluminum alloy (TiAl) with a secondary ceramic bezel — all modeled after the shape of an ACJ Airbus  window.  Furthering the parallel between watch and jet, the same titanium alloy used in the development of the watch case is used in the ACJ’s jet turbine blades. The alloy is extremely resistant to heat andvarious fields of pressure. Also unique to this piece: the trademark Richard Mille screws on the case of the watch have been replaced by Torq set screws that feature distinctively shaped head slots; there is also a  jet engine inspired crown bearing an engraved, wave patterned Airbus logo. 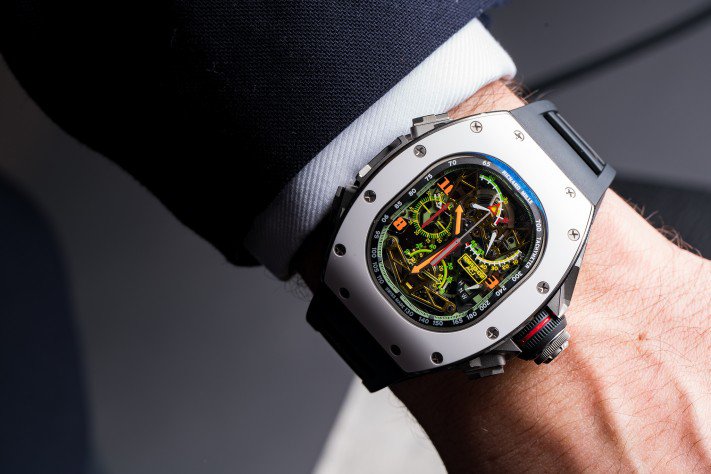 Yes, it would seem that the partnership between Mille and the technically advanced  Airbus ACJ makes pretty good sense — from materials, to functions and design- the watch suits both partners to a tee.

It should be noted that  in this industry you meet a lot of watch lovers. Many talk about how they’ve found the perfect watch for certain occasions, or the perfect match a particular suit, etc. However, not until now has a watch collector or lover been able to say they purchased a watch to match their plane. Richard Mille has changed that conversation, but only for a select 30 buyers. Oh, and the price of the watch is befitting of the partnership because those who can afford a plane can afford a watch that retails for just over $1 million. 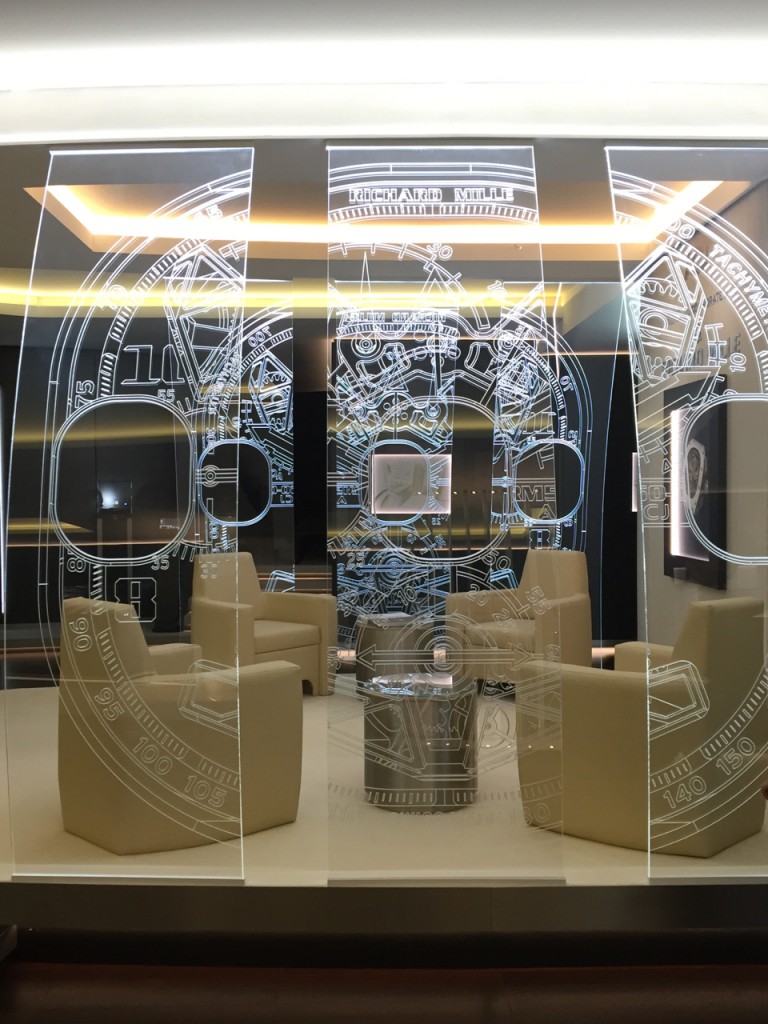 To demonstrate its commitment to the watch and partnership, at SIHH 2016, Richard Mille even set up an ACJ lounge to look like the inside of a private plane. (photo: R Naas,ATimelyPerspective.com)