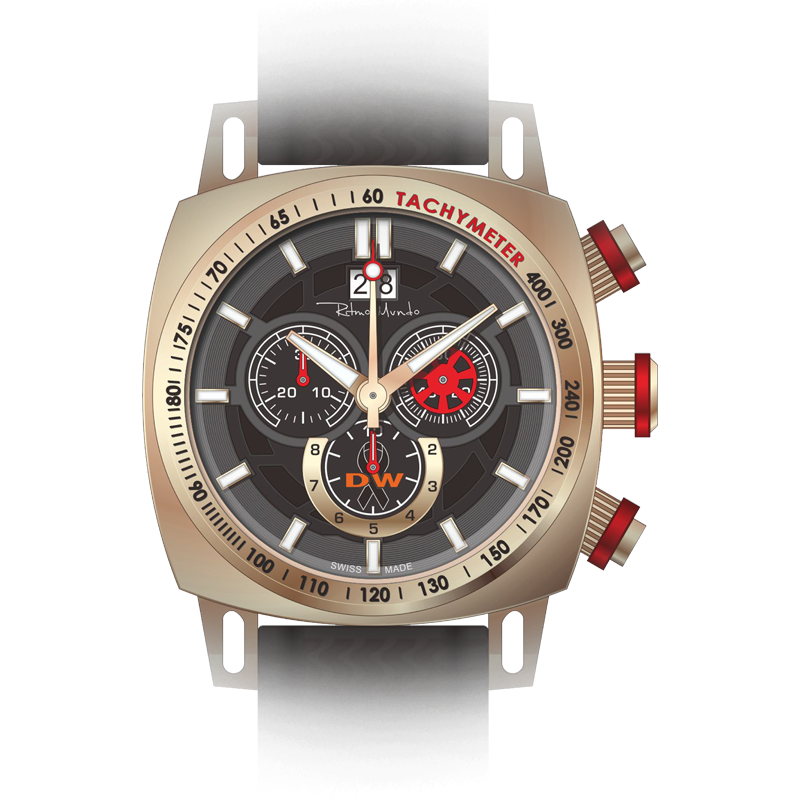 If you love cars, and follow the races, you may be especially interested in the new Ritmo Mundo Special Edition Dan Wheldon Racer watch. Created in a limited edition of just 100 pieces, the 44mm rose gold plated watch is powered by a Swiss Ronda quartz chronograph movement. The watch pays tribute to Wheldon, a star IndyCar Series champion and a two-time winner of the Indianapolis 500. Wheldon died at the age of 33  in 2011 from injuries sustained after a collision in the IZOD IndyCar World Championship.

Ritmo Mundo has been involved in IndyCar racing for years,  and  the release of this watch —  arriving in stores this week– recalls the champion and his career. The sleek watch features Wheldon’s initials on the dial and an  engraved portrait of Wheldon on the  caseback. The watch offers a 1/10th second counter sundial, marked tachymeter bezel, and date aperture at 12:00.Each watch carries the serial number. The crown and function pushers have colored accent rings for a pop of color, and the silicon strap has a unique tire tread motif. The watch, which is water resistant to 10 ATM,  retails for a cool $650 and 15 percent of all sales will benefit the Dan Wheldon Foundation. 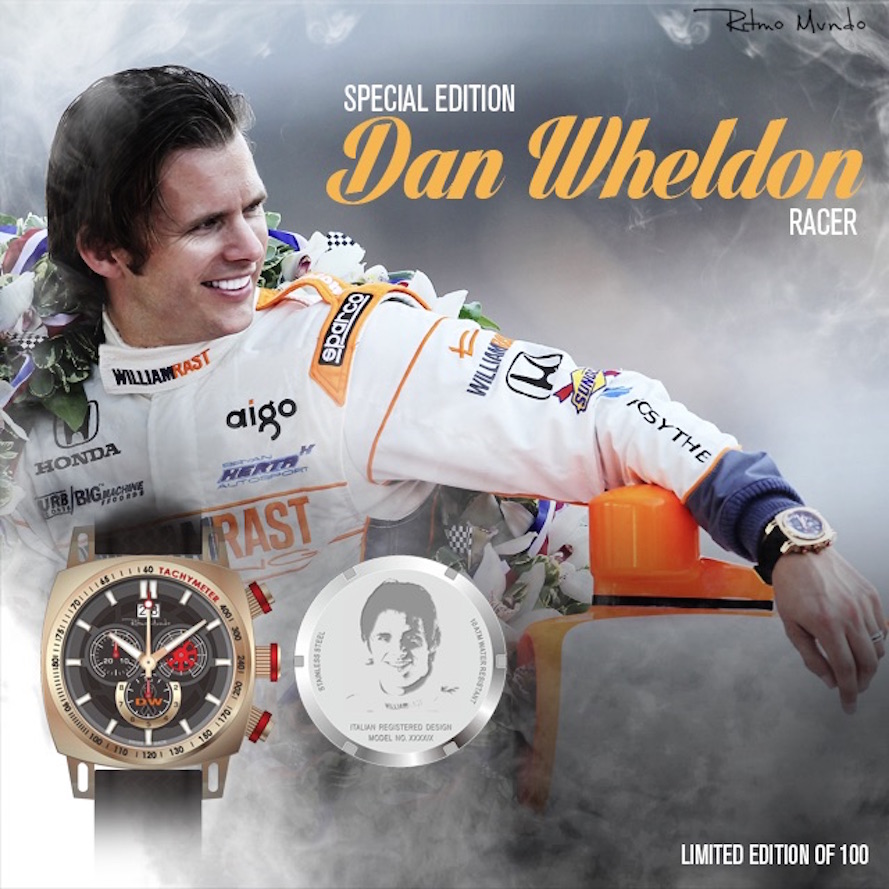 15% of all sales go to the Dan Wheldon Foundation