Making its official debut at Baselworld 2017, Samsung is planning to showcase its Samsung Gear S3. Some may recall that last year at Baselworld, Samsung had an unofficial presence at the show when luxury watch brand deGrisogono showed off its first Smart watch, the de Grisogono Samsung Gear S2. Now, Samsung exhibits at Baselworld 2017 in its own space to show off the Samsung Gear S3 — complete with an opening press conference on the first day of the show. The new Gear S3 had design input from  Yvan Arpa, founder of ArtyA and a revolutionary sort of designer in his own rights. 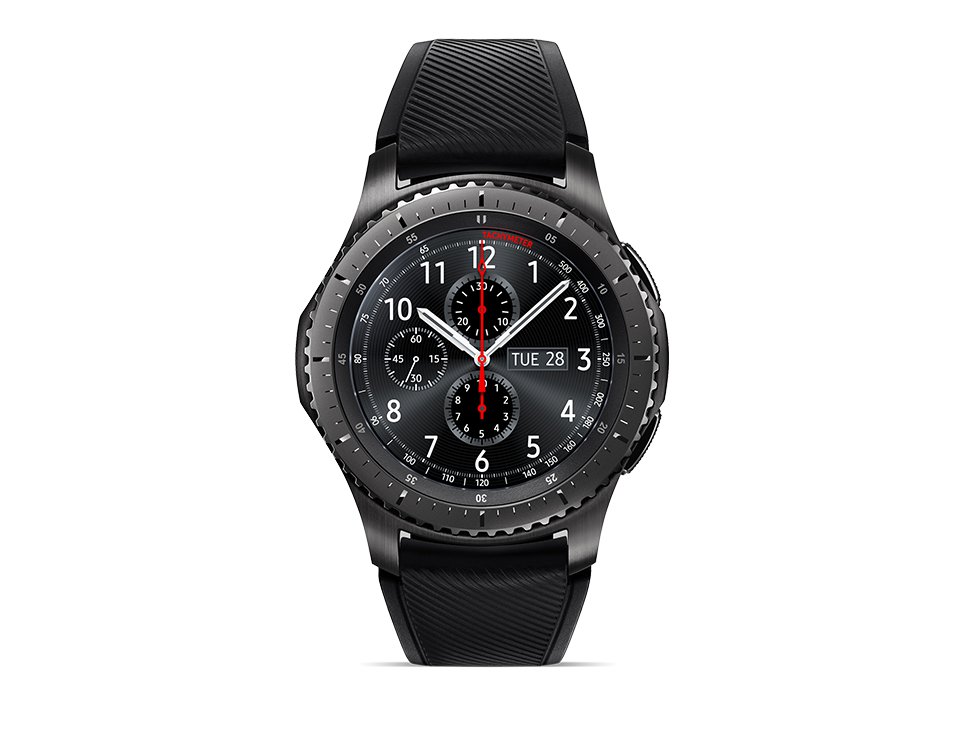 Samsung Gear S3
The Gear S3 smartwatch  integrates advanced features and technologies with a refined design for the more discerning smart watch wearer. The  Samsung Gear S3 is being offered initially with  two designs, Frontier and Classic. The Gear  S3 Frontier is a bit bolder and more rugged, while the Classic is more traditional in scope.

“With the Gear S3, we sought to integrate tradition and technology, bringing to the forefront an immensely intelligent smartwatch. The large watch face was inspired by styles emerging from the world’s most premium watch brands. A classic timepiece combined with the latest innovations in technology, the Gear S3 is bound to withstand the test of time,” says Arpa.

Sorry folks, if there are any new Gear S3’s making their debut at Baselworld, they are still under wraps — stay tuned for more after the show.