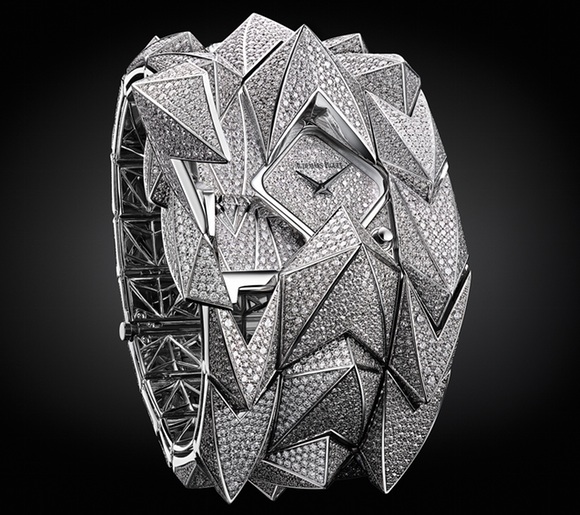 OK – so sometimes a lot of diamonds really do enthrall us. Such is the case of the new  Audemars Piguet Diamond Fury cuff-watch. Unveiled during SIHH, this more-than half-a-million-dollar watch comes on the heels of last year’s extremely successful Diamond Punk, which we wrote about here.

Now, if classic vintage chic is the buzzword for watches of 2016, Audemars Piguet goes against the grain with this stunning 18-karat bold white gold cuff watch with superb angular appeal.  The  Haute Joaillerie timepiece is bathed in thousands of diamonds and features a dimaond-adorned (2016 brilliants) watch dial masterfully hidden behind a secret cover that is also ensconced in diamonds. 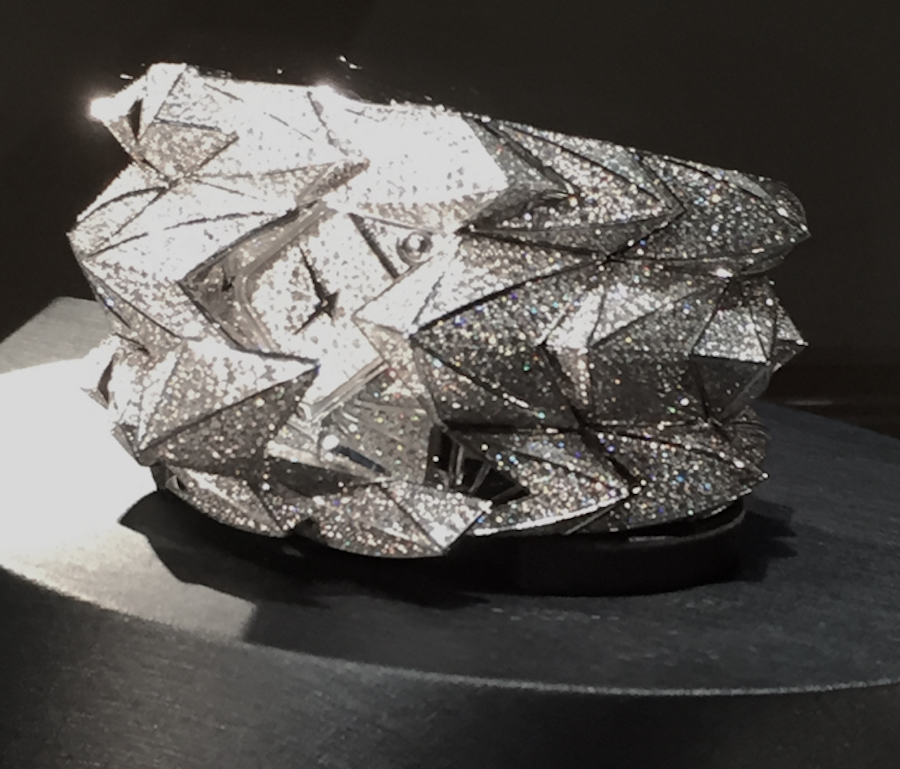 The all diamond fury weighs more than 25 carats in diamonds

The Diamond Fury took the master artisans at Audemars Piguet more than 1,500 hours (months and months of time)  to create. Its intricate lattice work inner cuff is built in the same pyramid motif  (though all smooth and one dimensional for supple fit) as the raised diamond pyramids on the outside of the cuff. Two versions are being offered: one with diamond and onyx and one with all diamonds. The fully set version consists of a massive 4,635 brilliant-cut diamonds and weighs a total of 25.60 carats – enough to even get a little exercise when wearing it. It is powered by a quartz caliber — but we can forgive that simply because of the daring ingenuity of the watch.  The diamond and onyx version sells for $568,300, while the all-diamond adorned masterpiece carries a retail price of $637,800 — a mere drop in the bucket for the truly rich.

Check out the video below to witness the intricate and furious making of this masterpiece.