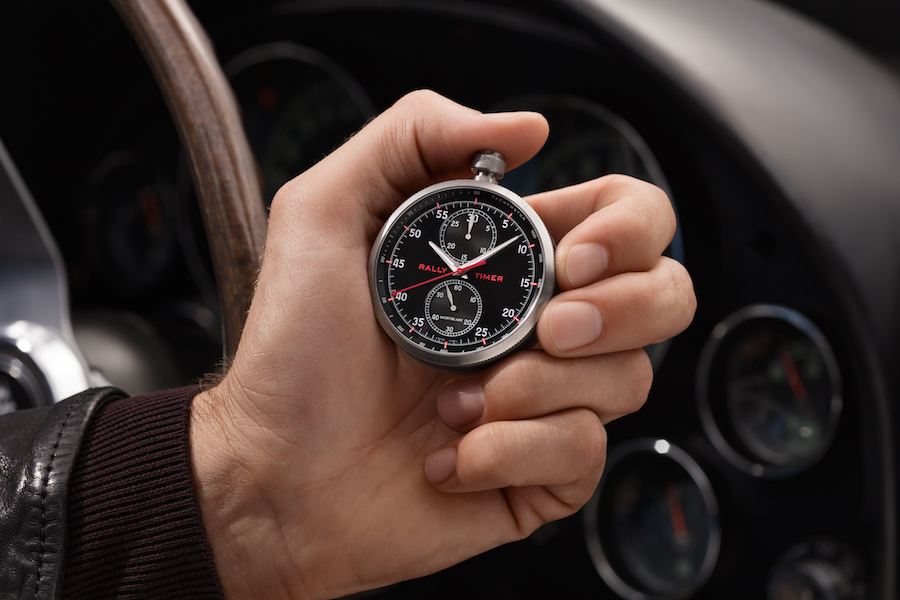 Montblanc’s TimeWalker collection is the focus of 2017, SIHH

For 2017, Montblanc (now 111 years old) turns much of its focus to the TimeWalker Collection and Minerva, the movement and watch manufacturer based in Villeret, Switzerland. Dating to 1858, Minerva was acquired by Richemont in 2006, and since then its expertise has become the backbone of many of Montblanc’s high-end, more complicated timepieces. Now, the brand endeavors to bring a tighter connection between the Villeret/Minerva workshops and its main collection. For SIHH 2017, we have some pretty special Timewalker watches.

As early as 1911, Minerva was developing stopwatches measuring 1/5th of a second, then 1/10th of a second. By 1916, the manufacture had produced a high-frequency movement that could measure 1/100th of a second, further improving this in 1936 and cohering its reputation as a specialist in professional watches and stopwatches. Thus this year’s TimeWalker collection of five racing-inspired watches, infused with the longstanding competence of Minerva, is both familiar and eminently new. 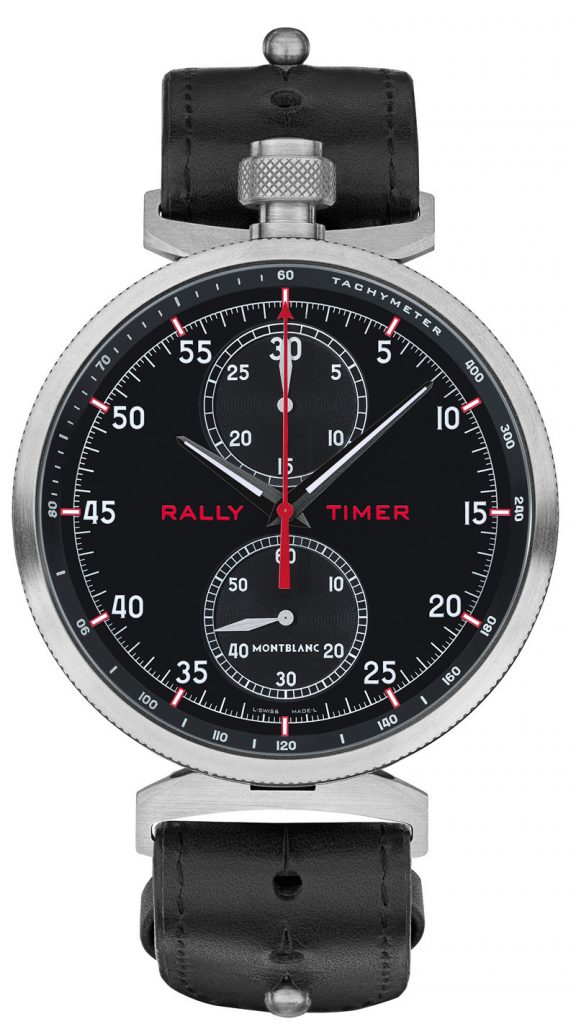 This watch is inspired by the Rally Timer stopwatch produced by Minerva, and in a new twist, this 2017 Montblanc rendition may be converted to a pocket watch by folding the strap attachments under the case and turning the case from 0 to 180 degrees (from 3 to 9 o’clock). The timepiece may then be used traditionally or clipped on a metal plate covered with leather (included with the watch) that attaches to a car dashboard.

The 50mm case is crafted from titanium and its middle section has been knurled and coated with black DLC. The open caseback, reminiscent of a car grill, reveals the manually wound monopusher chronograph, manufacture Caliber MB M16.29. The hand-decorated movement takes its inspiration from the original Minerval caliber 17.29 developed in the 1930s and used for both pocket and wristwatches. In another nod to Minerva, the 30-minute counter at 12 o’clock on the black dial recalls the original Rally Timer. Just 100 pieces will be made in titanium with a retail of about 37,000 Euro. 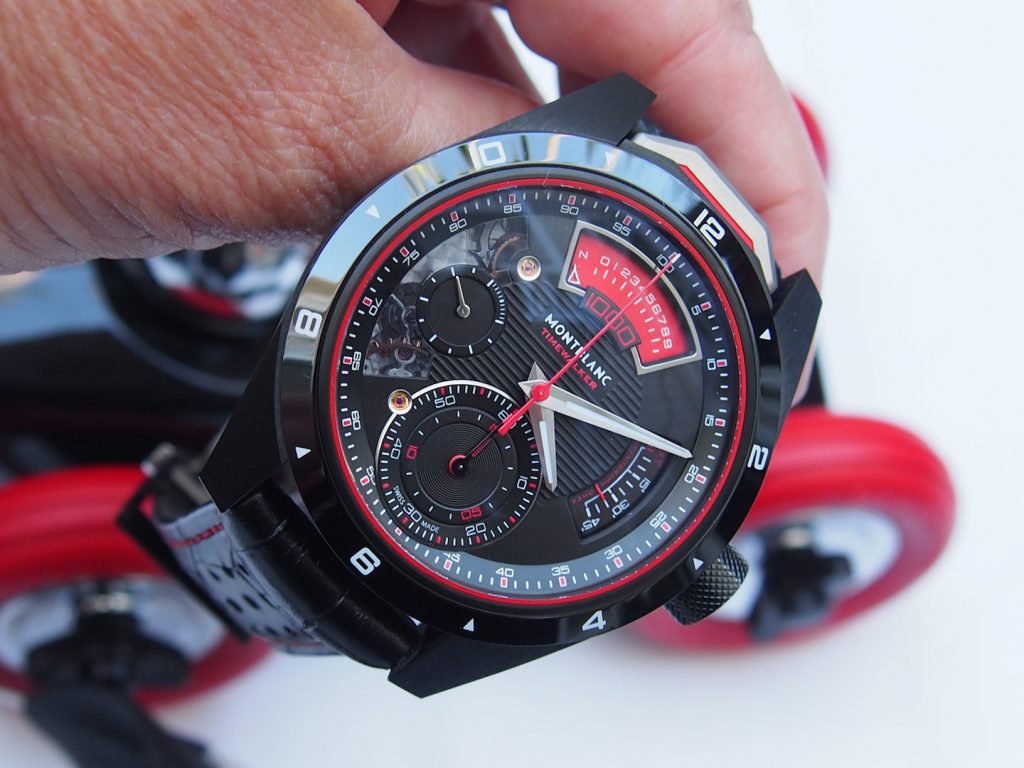 Honoring Minerva’s momentous 1/100th of a second stopwatch created in 1916, and later improved for even greater accuracy, this mechanical chronograph measures elapsed time to the 1/1000th of a second. The high-frequency movement, Caliber MB M66.26, boasts two new patents and 22 auxiliary patents.

The large balance wheel, which beats at 18,000 semi-oscillations per hour, is partially visible through the skeletonized dial at 7 o’clock. The chronograph’s small balance, beating at 360,000 semi-oscillations per hour, is visible at 10 o’clock and is equipped with two hairsprings that are fixed on top of each other. The chronograph is controlled by a two-level column wheel: one level controls the whip to start, stop and reset the seconds, minutes and thousandths of a second, and the other level guides the hammers to reset the seconds and the minutes.

The chronograph function, powered by its own barrel, stores enough energy to measure intervals of up to 45 minutes. Elapsed-time measurements may be indefinitely extended by turning the crown counterclockwise while the chronograph is running, thus adding energy to the barrel. The going train for the ordinary time display draws its energy from a second barrel that guarantees 100 hours of power reserve.

Though highly technical, the movement’s aesthetics are not forgotten. It is finished with Côtes de Genève, circular graining, hand chamfering and burnishing—each a further testament to its amazing delivery. The case is 46.4mm black DLC titanium, affixed to a black leather strap. Just 18 pieces will be made. We will be taking a much closer look at this watch after SIHH. 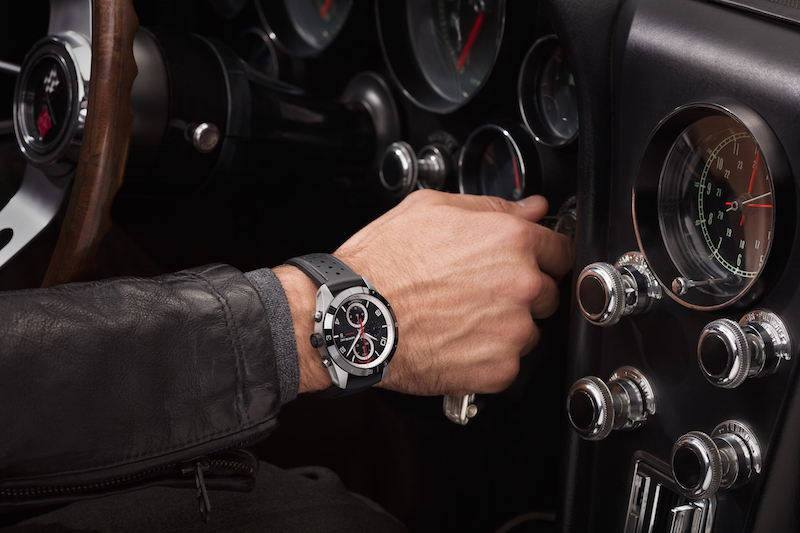 There are a few other models in the newly introduced TimeWalker collection: the Chronograph UTC, the Chronograph Automatic and the Automatic Date, ranging in size from 41mm for the Date Automatic to 43mm for the others. Watch upcoming features for more on these and other Montblanc debuts.