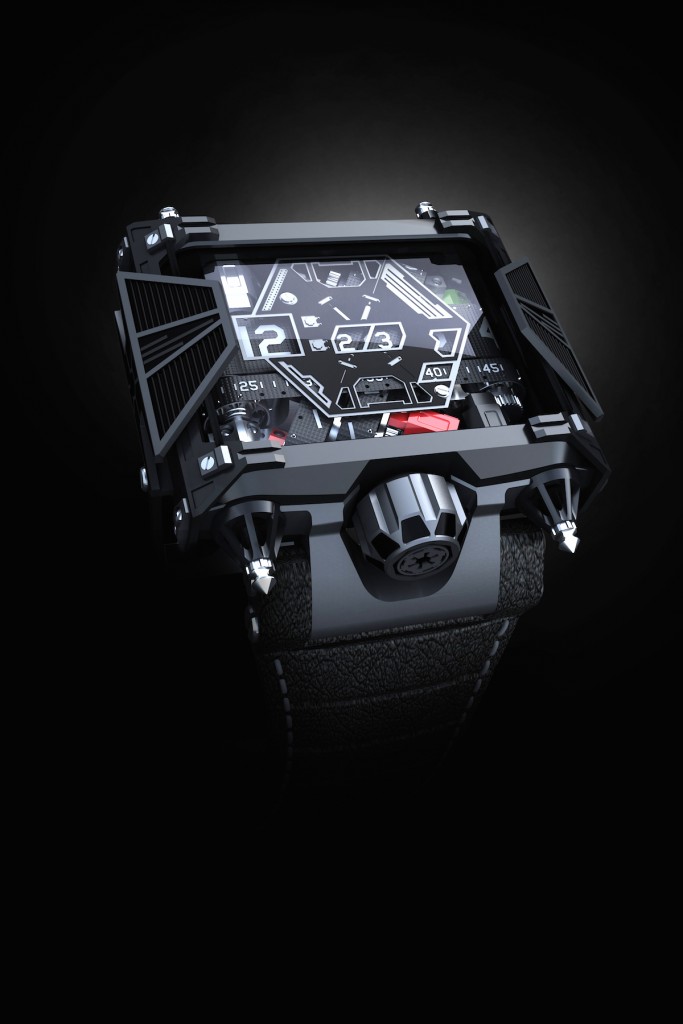 Star Wars by Devon watch (Note: this image is not the final design, minor aesthetic changes are in the works.)

If you haven’t noticed, today is Force Friday — when all the toys and other merchandise surrounding the new Star Wars: The Force Awakens movie goes on sale.  The movie is slated to hit theaters in December. Also slated to hit retail stores — but a few months sooner — the new luxury co-branded Star Wars by Devon watch.  You can read a lot more about the watch by clicking on our Perfect Timing column on Forbes.com here. But suffice it to say the new Star Wars by Devon  luxury watch definitely shines with the brightest in the galaxy — and deftly embodies the Darth Vader villain like we have never seen before.

The synergies between the companies were incredible in that both Star Wars and Devon have pioneered where none else have gone. Devon — a five-year young brand — has fast made an impact on the watch world with its American made watches that were supposedly impossible to build. But if you know Scott Devon like I do, you know he would not take NO for an answer (let’s face it, he had already built a concept racing car and motorcycle). When he described what he wanted to make for the wrist, typical watch brands said it couldn’t be done. Undaunted, Devon went to the US aerospace industry and got what he needed.

Devon watches are powered by micro technology, by glass-enforced nylon Time Belts and by so much vision that it boggles the mind. The new Star Wars by Devon watch – with belt-driven time indication – is so advanced in design that it looks like it is from another century – or another galaxy– much like the planets and settings of Star Wars.

“We are revolutionary in design; we do something that is totally different from what is on the market,” says Scott Devon, owner of Devon Works. “This is why Disney came to us – to make something powerful and different for the Star Wars by Devon watch.”

Devon had eight months to design and bring to fruition the  Star Wars by Devon watch, but didn’t need all that time. According to Scott Devon, his designer, Marko Petrovic, was  already a Star Wars fan and together they knew exactly what they wanted to accomplish. The watch is based on the brand’s best-selling  Devon Tread 1 movement, with notable changes and design elements that make it uniquely sci-fi, including TIE Fighter wings on the case, red and green Darth Vader elements in the movement and more. 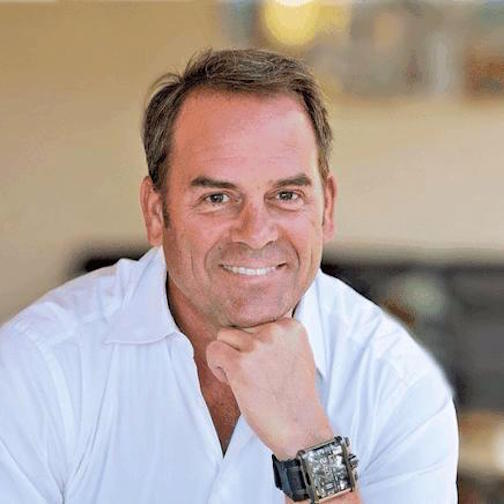 Here, Scott Devon talks about his experience working on the Star Wars by Devon watch project:

“I was contacted by Disney/Lucas Films last October [2014] inquiring if I’d be interested in making a watch for the new Star Wars films. Obviously, that call got returned, but I was skeptical. I didn’t think they really knew my brand, what we do, how much and how limited my watches sell for. But they did. It’s why they called.

What I didn’t realize at the time was what a cool adventure was ahead of us, and how we might add to an iconic cultural phenomenon. It wasn’t until I was invited to tour ICM Industrial Light & Magic in San Francisco that I had a sense of just how huge this is. The OMG moment of seeing the prototypes of Star Wars, and many of Steven Spielberg’s most famous movies, was incredible. Pixar and Photoshop were invented there. It’s mind blowing.

Then I read a few of George Lucas’s articles and how everyone said ‘Star Wars couldn’t be made’ and I realized maybe this partnership is meant to be. I mean, I made a world-record car, the Devon GTX, in the worst financial climate since the depression. And I made a couple of futuristic motorcycles to world acclaim that have all been featured in TV and Movies. But I always knew my watch project had staying power. I, along with another maverick car designer, Jason Wilbur, got together on the watch project and everyone in the watch industry said the watch I wanted to make “couldn’t be made” so I thought maybe this is a ‘masterpiece’ defined by ‘let’s do the impossible.’

It wasn’t accomplished with traditional watchmakers, but rather with the US Aerospace Industry. We found a boutique electronic aerospace engineering company that sourced all of our suppliers from the aerospace industry and NASA for us. Our watches are rare, different and incredibly difficult to manufacture. They have more than 300 separate parts just for the movement. Anyway, just ask the team at Lucas how much time they spent on inventing a 2-foot tall creature named Yoda that turned into one of the all time greatest characters in the history of motion pictures. So back to the watch. After five years of wearing various prototypes, and driving motorcycles and supercars, I can say the Force is Strongest With This One. The Star Wars by Devon watch is an epic experience to wear, and working with Disney has also been an epic experience.” 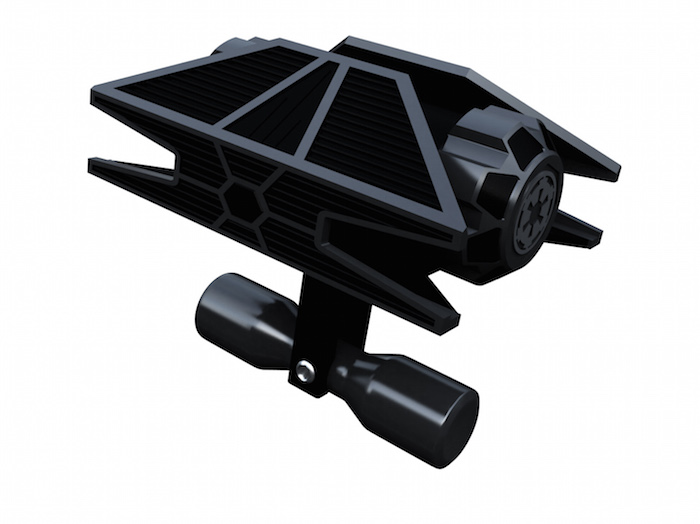 The watches will be created in a limited edition of just 500 pieces over a two-year time period. Each will retail for $28,500 and will be sold with TIE Fighter cufflinks made by Devon and  in a specially built Darth Vader Tie Fighter box.

To advertise the watch, which will be sold in authorized Devon retailers in America (and on Amazon), Devon created the ultimate ad that is a bold blend of Star Wars and British spy mentality. It features a man in a tux, replete with Star Wars by Devon watch and cufflinks, wearing the Darth Vader helmet.

“It is for the guy who fell in love with the movie in 1977 who is older now and can afford a luxury watch. The ad demonstrates that he can wear the watch to a black tie affair and still be a bad ass,” quips Devon.

Take a few minutes to watch the video below, wherein Scott Devon tells how the watch works.

Star Wars: The Force Awakens is the seventh Star Wars movie  and the first  produced by Disney. Directed by J. J. Abrams, the new movie is a sequel to the Return of the Jedi (the 1983  third film of the initial trilogy). Original 1977 Star Wars movie characters reunite in this film, including Harrison Ford as Han Solo, Carrie Fisher as Princess Leia, Mark Hamill as Luke Skywalker,  R2D2 and Chewbacca. Kylo Ren (played by Adam Driver) is the new villain and there are new sky-scavengers, storm troopers,  droids and more. 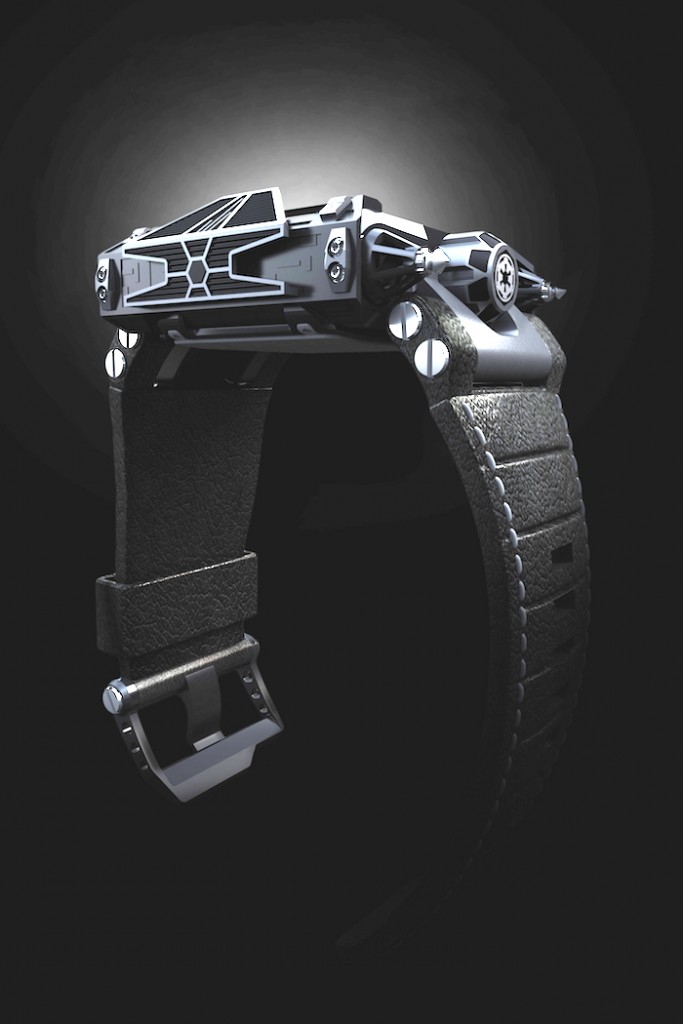 The Star Wars by Devon watch has a host of design elements recalling Darth Vader and the original TIE Fighters (Note: this image is not the final design, minor aesthetic changes are in the works.)

Some of the most iconic movie characters of all time arose out of the initial Star Wars movie, including Darth Vader, Yoda, Luke Skywalker, Princess Leia, Chewbacca, R2D2 and more. Additionally, timeless slogans – such as “May the Force be with you” – from the movies have garnered lasting international fame.

The final movie of the George Lucas directed first trilogy (Star Wars, A New Hope, The Empire Strikes Back, Return of the Jedi) was released in 1983. Years later, between 1991 and 2005, a second set, or trilogy of Lucasfilm-produced Star Wars movies were produced as prequels to the original set of three movies. They did not contain most of the “famed” characters.

In 2012, Disney purchased the assets of George Lucas’s production company, including Lucasfilm LTD and Industrial Light   & Magic, along with Bad Robot Productions and the entire Star Wars rights –all to the tune of $4 billion. Now, Disney plans to launch a new series of Star Wars movies – one being released each year in December, beginning this year.