Superheroes on the Wrist: From Comic Book to Reality – Introducing Romain Jerome’s Batman-DNA 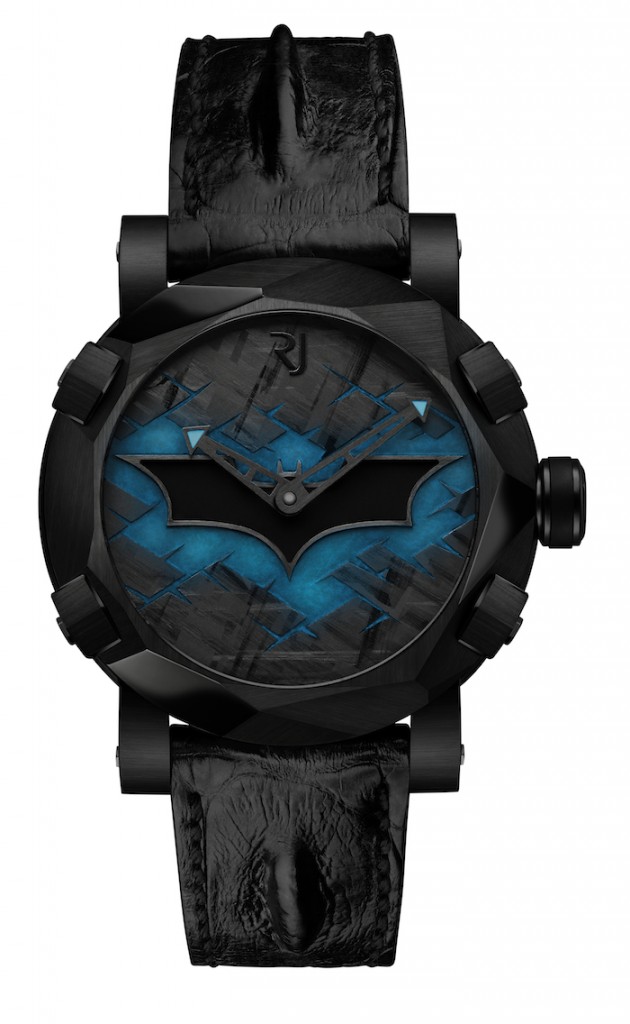 Romain Jerome Batman-DNA’s bat logo glows blue in the dark thanks to a special Superluminova treatment.

Pow. Blaam. Boom and Holy Bat Cave — superheroes are larger than life. So large, in fact that they celebrate birthdays and have their own timepieces – well at least Batman does. This week witnesses the 75th anniversary of DC Comics’ Batman — and in celebration of that, Romain Jerome unveils the super cool Batman-DNA watch. 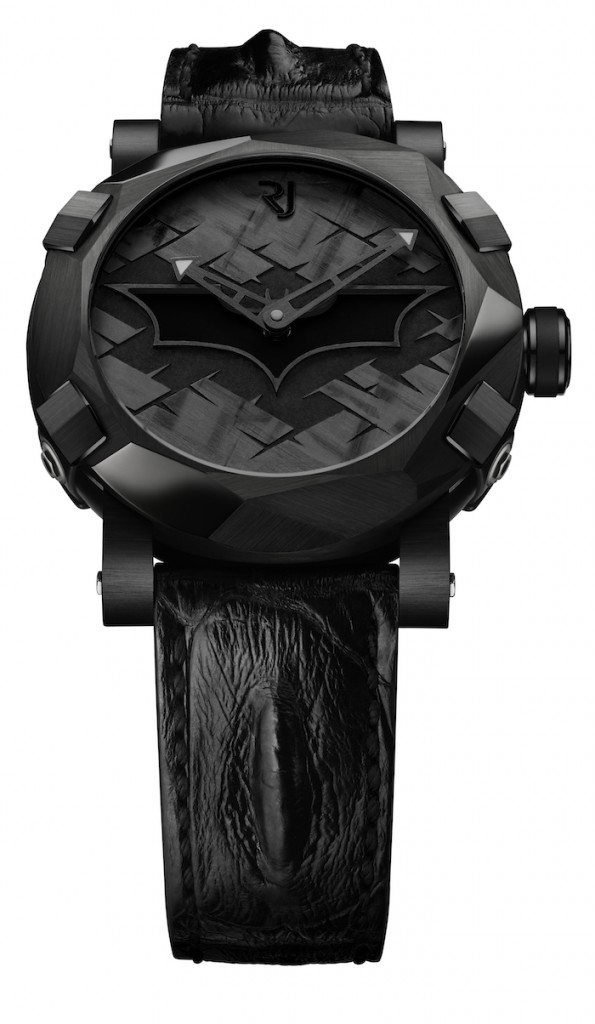 Dark and mysterious like the Caped Crusader, the 46mm Batman-DNA is a sleek and sophisticated black PVD-coated steel watch with black bezel – faceted to recall the sleek lines of the famed BatMobile. The black dial features the iconic Batman emblem that glows in the dark much like the well-known Bat-Signal (thanks to a special SuperLuminova treatment). The watch is finished with a black Hornback crocodile strap that resembles Batman’s’ point-edge leather Bat gear.

Even the case back features the Bat logo. Pow.

Paying tribute to Gotham City’s Superhero, Romain Jerome joined forces with Warner Bros. Consumer Products to present a watch that reflects the Dark Knight: business by day, hero by night. The only down side to the Batman-DNA watch: it is created in a limited edition of just 75 pieces ($18,500) — so hurry to the BatCave now if you want to own one.