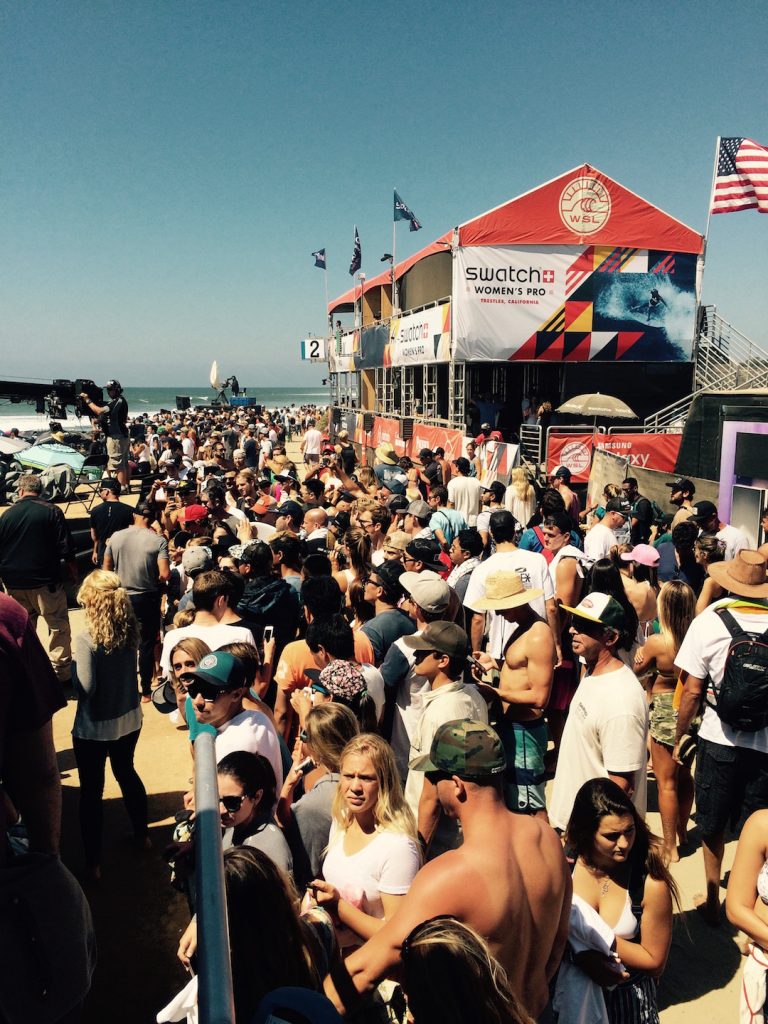 The surfing event was a hit as people flocked to the beach for a look at the competition.

Competitive surfing was the highlight at Trestles Beach in Southern California, where the Swatch Women’s Pro Trestles was held, September 9 through 12. Swatch has been a sponsor of women’s pro surfing, and competitive surfer Coco Ho, a Swatch brand ambassador since 2010, was on hand to formally introduce the watch she designed, Swatch by Coco Ho. As part of the Swatch Pro Team, she partnered with the Switzerland-based brand to create a timepiece she “could wear straight from the ocean to the street.” 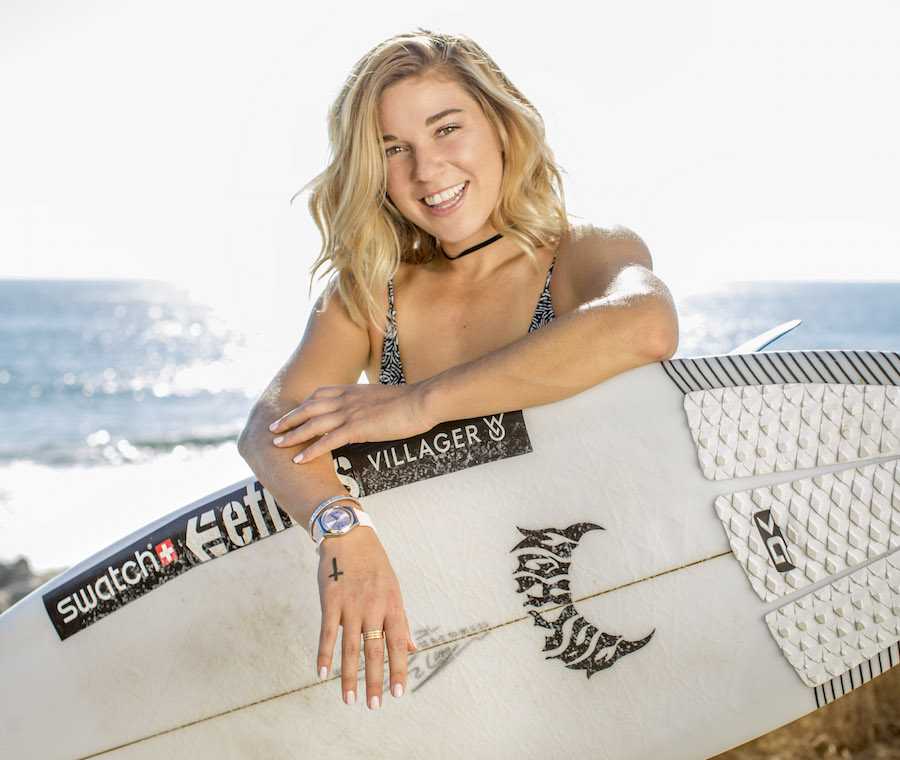 “Time to me is a constant reminder to get the most meaning out of each day,” explains Coco, who apparently doesn’t waste a lot of it. She began surfing at just seven years old and garnered her first sponsorship at eight. Since then she has won numerous surfing awards and has even appeared in a couple of films. The sport has taken her to points around the globe, though her favorite riding spot remains closer to home in Hawaii, at Rocky Point.

Born in Honolulu in 1991, Coco was propelled by a family of surfers (father, brother and uncle) who inspired her career. At just 5 feet 3 inches, she is a powerhouse of strength, thanks to a rigorous training schedule in the ocean and out, including time on the tennis court. Her motto, “Surf like a man, dress like a woman,” seems evident in her presence, though up close she could still pass for a teen. 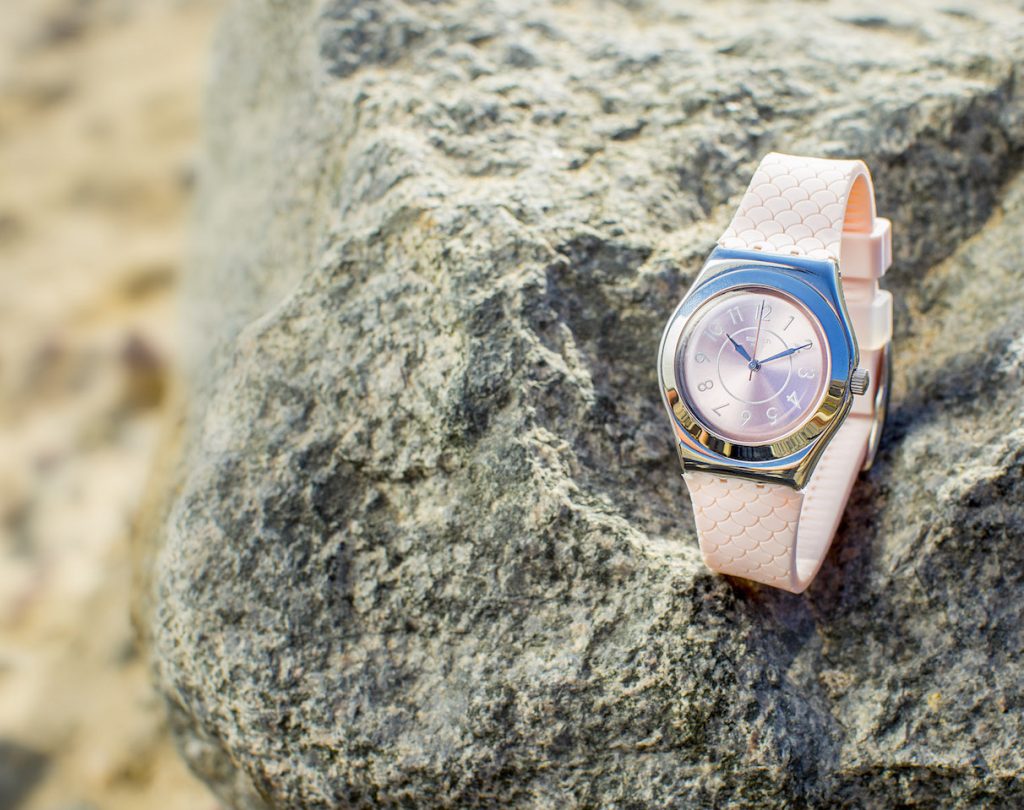 The Swatch by Coco Ho was a hands-on project, which took her to the Swatch headquarters in Biel, Switzerland, for the initial design phase. She had input on every detail, from the shell-pink sun-brushed dial to the fish scale motif on the silicone strap. “I was excited to create a watch that combines athleticism and femininity, and I hope the people that wear my watch are able to feel what I feel: sporty and strong, yet confident and chic.”

The printed Arabic numerals on the watch dial lend a bit of sobriety, while the sparkly strap loop is girlie and fun. The steel case is water resistant—of course—and the caseback lends itself to quick and easy battery changing. The only subtle reference to the origins of the design is in the small “XO” imprint at the end of the strap, which is part of Coco’s signature. The watch retails for $105. 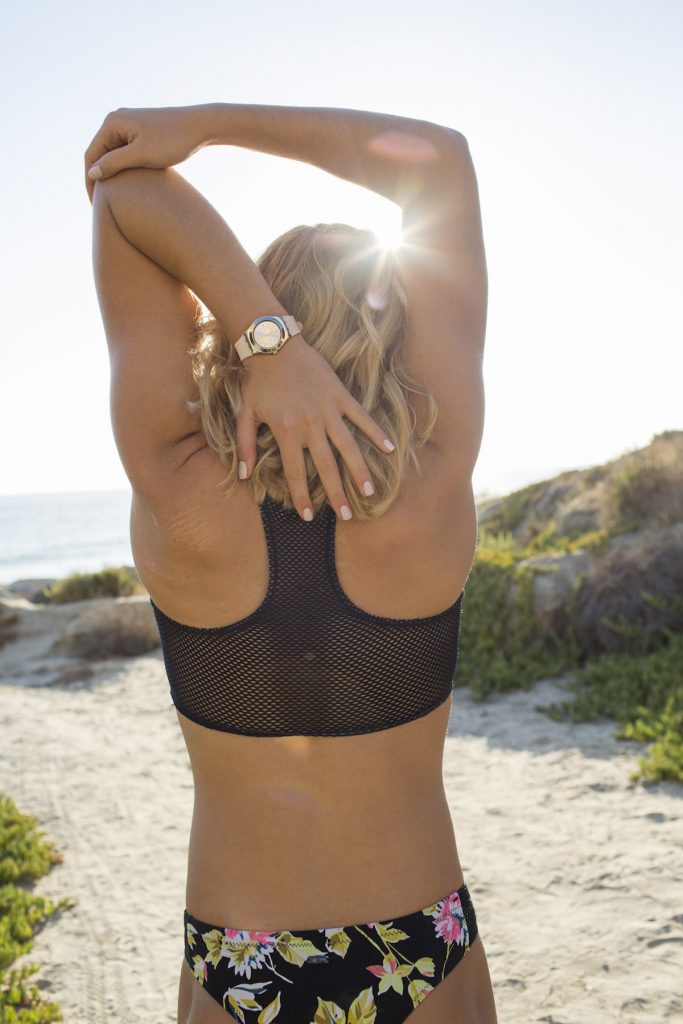 Swatch is a title sponsor of the Trestles and Coco Ho is a Swatch brand ambassador.

Interestingly, the International Olympic Committee (IOC) recently agreed to add surfing to the sports program for the Olympic Games Tokyo 2020, adding further gravitas to the sport. Other additions include baseball/softball, karate, skateboarding and sports climbing. The Committee considered a variety of factors when assessing each sport, including its youth appeal, the legacy value of adding it to the Games and its impact on gender equality. We’re rooting for the ladies.

Oh, and when I say the Swatch by Coco Ho was hands on, so was the launch of the watch, where we got the opportunity to try our hands (and legs) at surfing in the California waters. 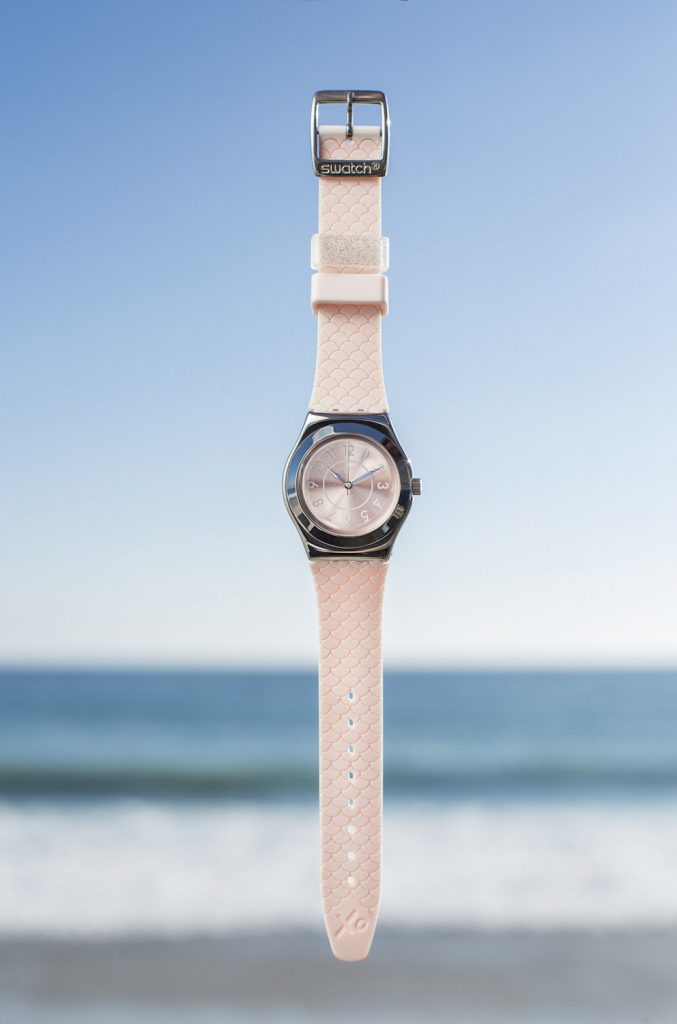 The new Swatch by Coco Ho watch will retail for $105.