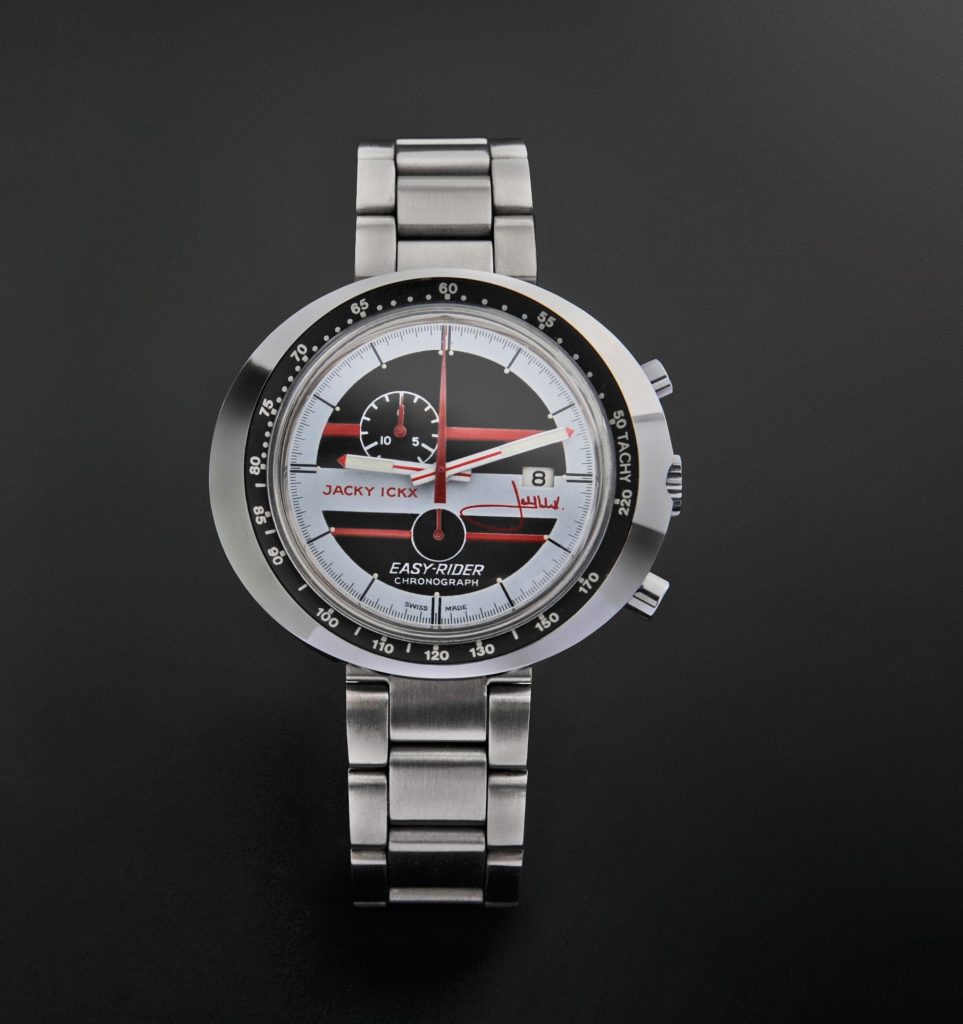 Happening in Houston now until March 8th and then continuing on to eight more cities this year, the 10-stop TAG Heuer Museum in Motion seems to be a real hit amongst consumers and collectors alike. The concept was first unveiled in Miami at the recent Watches & Wonders event there — the first ever of its kind in the USA. There, TAG Heuer presented the artfully curated Museum in Motion exhibit that brings together some pretty impressive timepieces from the brand’s museum and joins them with some equally as impressive pieces owned by private collectors.

This Museum in Motion exhibit marks a first in many ways for TAG Heuer. To begin with, it is the first and only time these timepieces have left the brand’s museum at La Chaux-de-Fonds to be exhibited together — with more than 25 pieces going on the road show. Additionally, it is an interesting twist to showcase the museum pieces side-by-side with collector’s vintage watches; it brings a real grass-roots feel to the exhibit. More than 50 collectors brought their watches with them to the event — which marked the first time such a large number of vintage Heuer watches (and collectors) came together at a boutique. 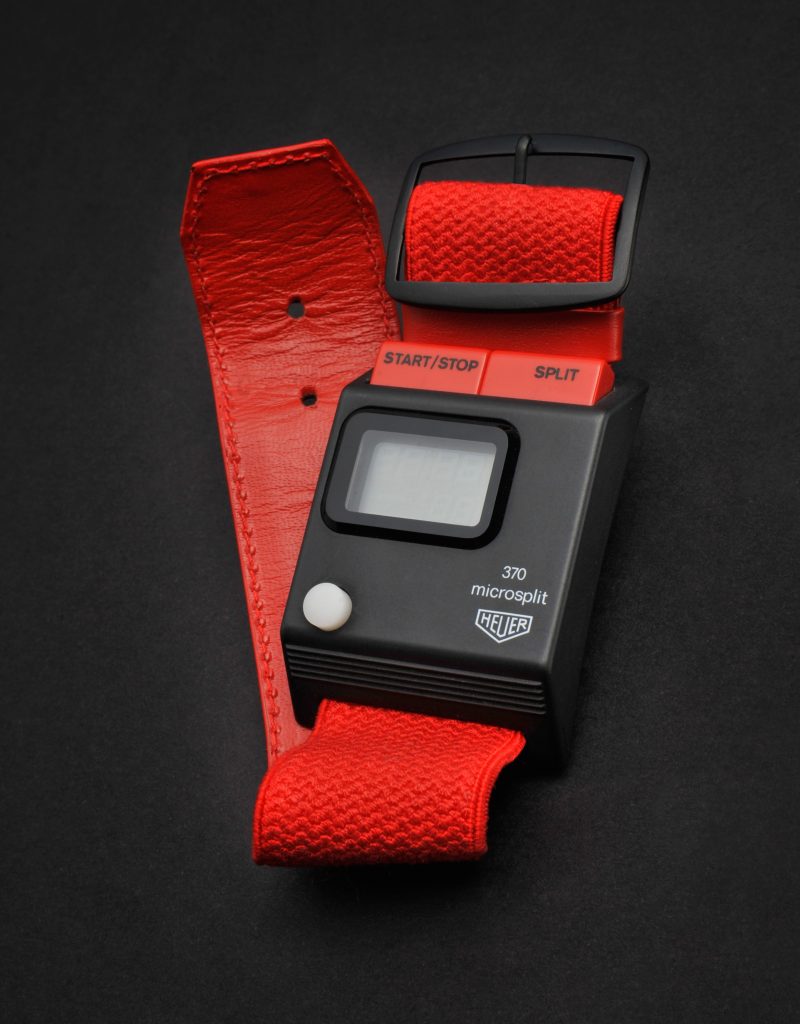 Another highlight of the TAG Heuer Museum in Motion exhibit is this Heuer Microsplit, 1978

Essentially, the Museum in Motion is not just a traveling show of TAG Heuer pieces, but also a journey for the collectors who have donated a piece for the 10 events. It is also a grand experience for other collectors to visit the museum on opening night and mingle with one another to swap TAG Heuer stories.  I was fortunate enough to be invited to the Watches & Wonders Miami Museum in Motion kick off event, and it was wonderful to talk with so many of the collectors there about the stories behind their watches. Some spoke of how they got their watch, how it was handed down or how they spent months, often years, tracking down the exact model they wanted until finally it went up for auction.  These are the stories that comprise the heartland of America and Heuer collectors. These are the stories that make a visit to the Museum in Motion exhibit more enriching. However, the watches on display also have their own incredible stories to tell.

Interestingly enough, there was a great dichotomy when it came to ages of the collectors present, with some being in their  fifties and sixties, and others being in their early twenties. TAG Heuer North American CEO, Kilian Muller, agreed that one of the best things about the brand is the diversity it attracts when it comes to demographics. “We are excited to see the broad spectrum of people in terms of age, income and lifestyles who appreciate and own TAG Heuer watches. They know our history and our DNA, and they want to be a part of one of our worlds, whether it is the Connected watch, the Autavia, the Monaco or something else that calls to them because of their interests.” 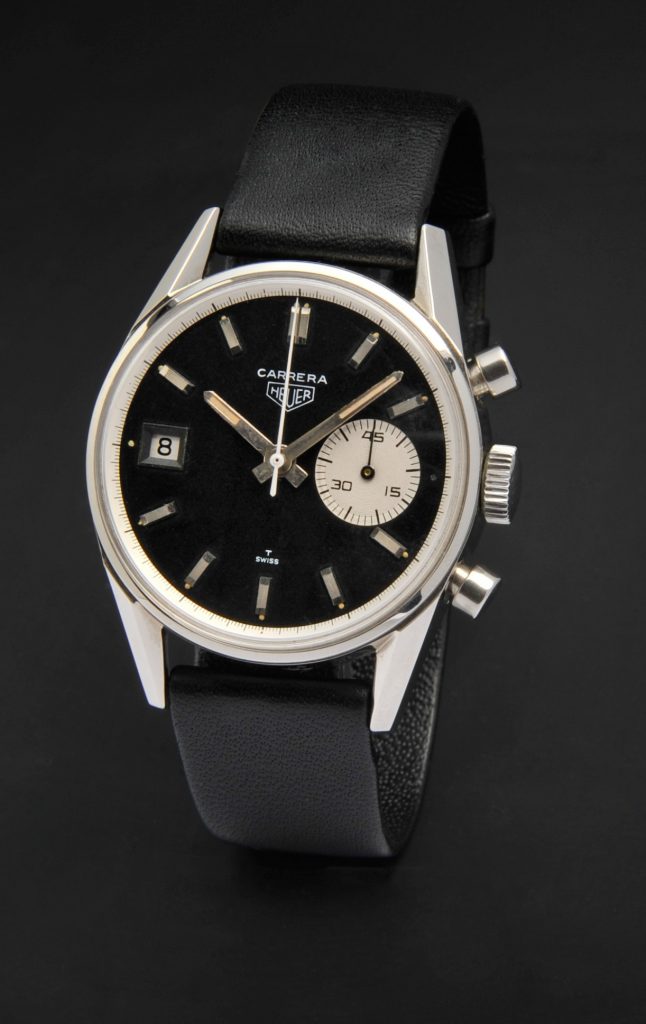 In an ode to its rich heritage, as well as its involvement in sports, arts, music and lifestyle, TAG Heuer highlights some of the brand’s most unique timepieces from throughout the ages with the Museum in Motion.  From its earliest days, Heuer is known for its involvement in and love of motor sports, but the brand also excelled in so many lifestyle areas of each decade that there is a wealth of creativity and invention to be witnessed. 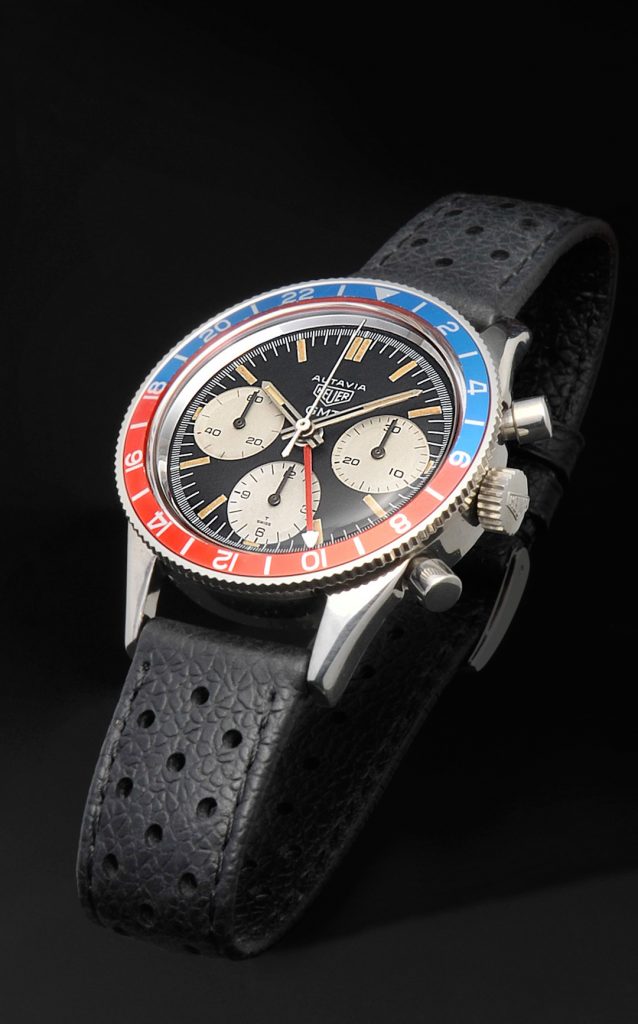 Amidst the traveling collection: An original 1965 Carrera watch, which was designed specifically for drivers and sportsman. This manual winding chronograph equipped with a calibre Landeron 189 was the first Carrera with a date window developed for the US market.

Another featured special-edition timepiece on display is the 1979 Kentucky – a tribute to the US Kentucky derby. This piece, which features a unique horseshoe-shaped case, is a self winding chronograph with tachymeter scale and day-date, equipped with a Valjoux 7750. 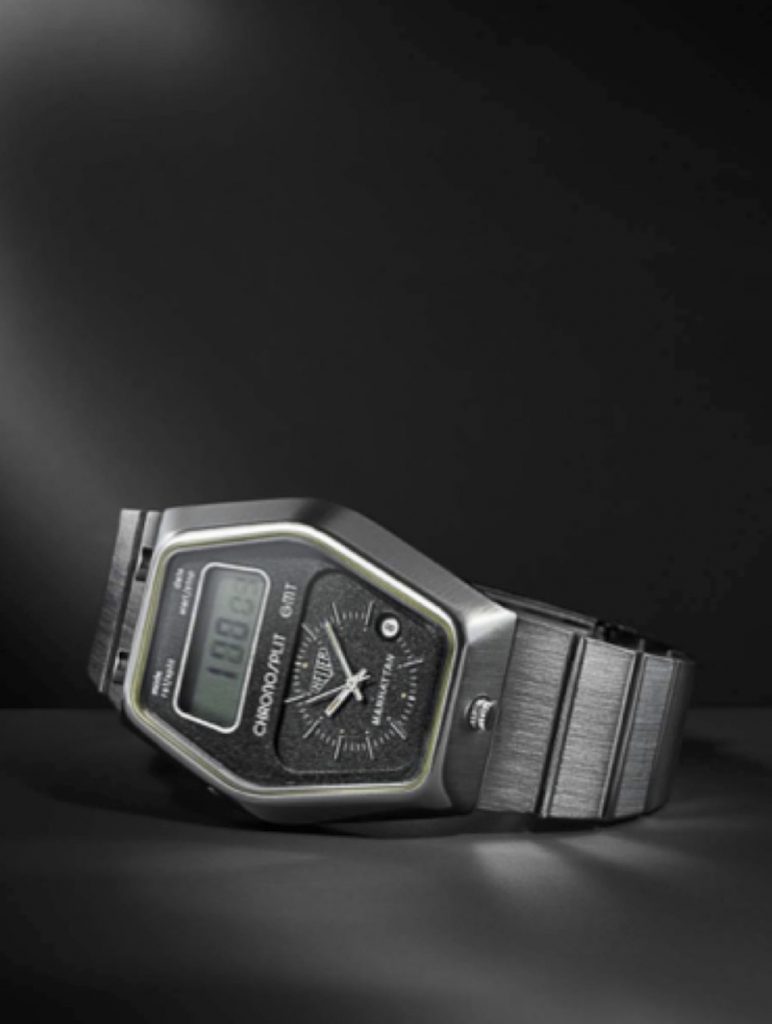 In an effort to highlight one of the brand’s less classic designs, Heuer presents the 2002 Microtimer. This digital chronograph is equipped with the first Swiss electronic movement offering precision of 1/1000th of a second. This timepiece, designed for motor racing, offers a lap-time memory and best lap calculation, and was awarded the best design at Grand Prix d’Horlogerie de Geneve in 2002. 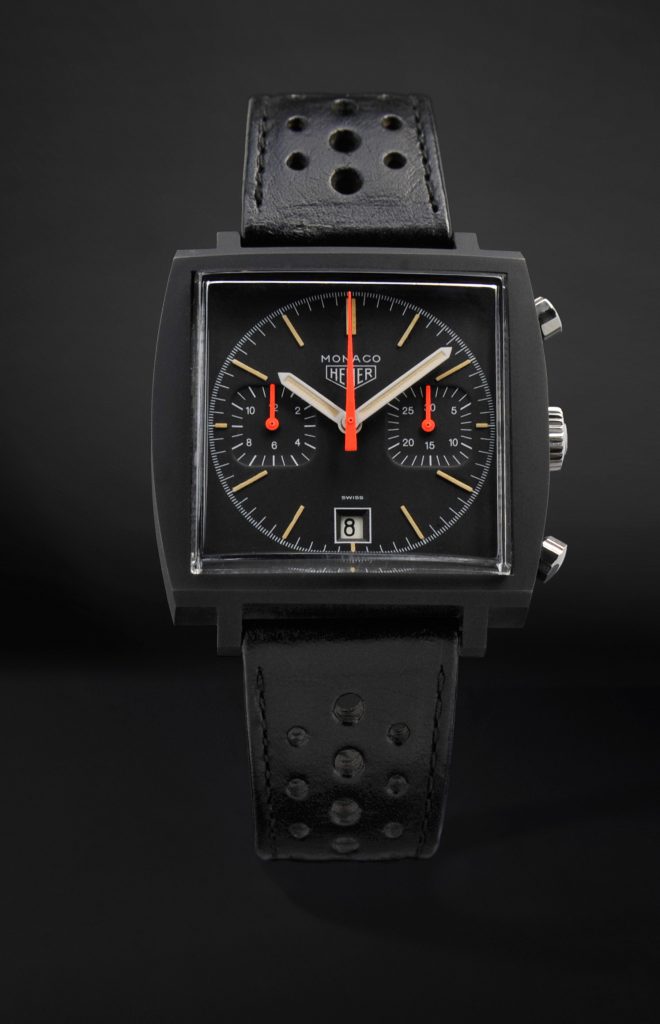 All of the  carefully curated TAG Heuer timepieces truly give visitors a view of the brand’s style and innovation throughout the years. 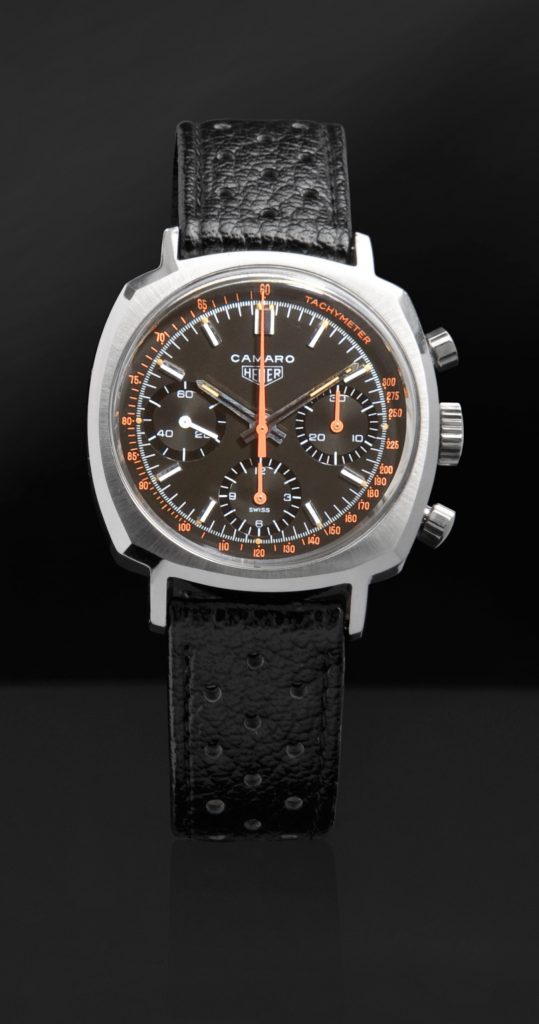 The Museum in Motion exhibition is scheduled to travel to TAG Heuer boutiques around the country from now through the end of the year. The dates below may be subject to change. 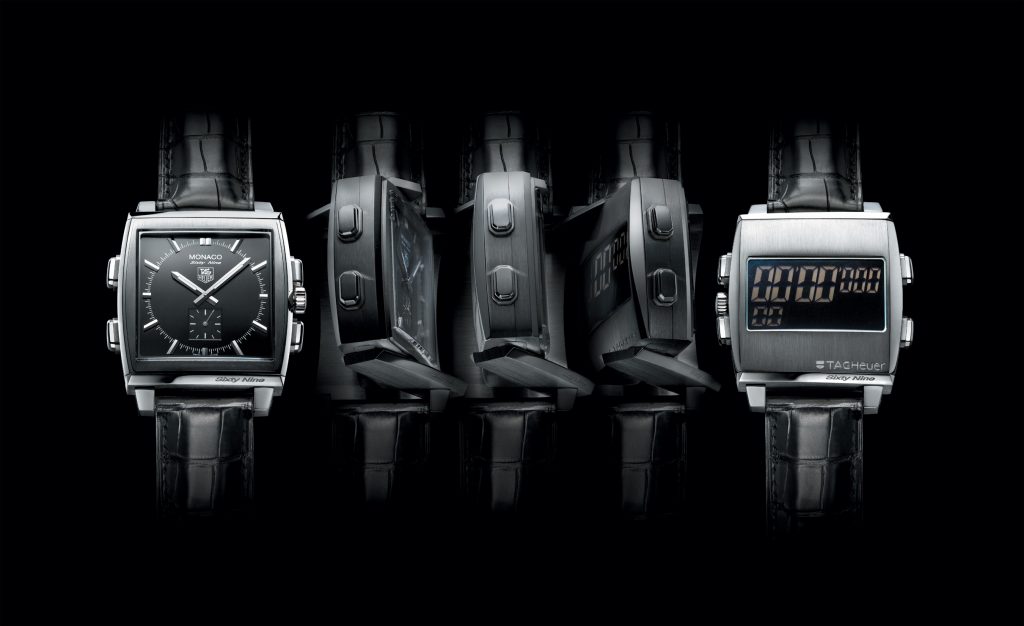