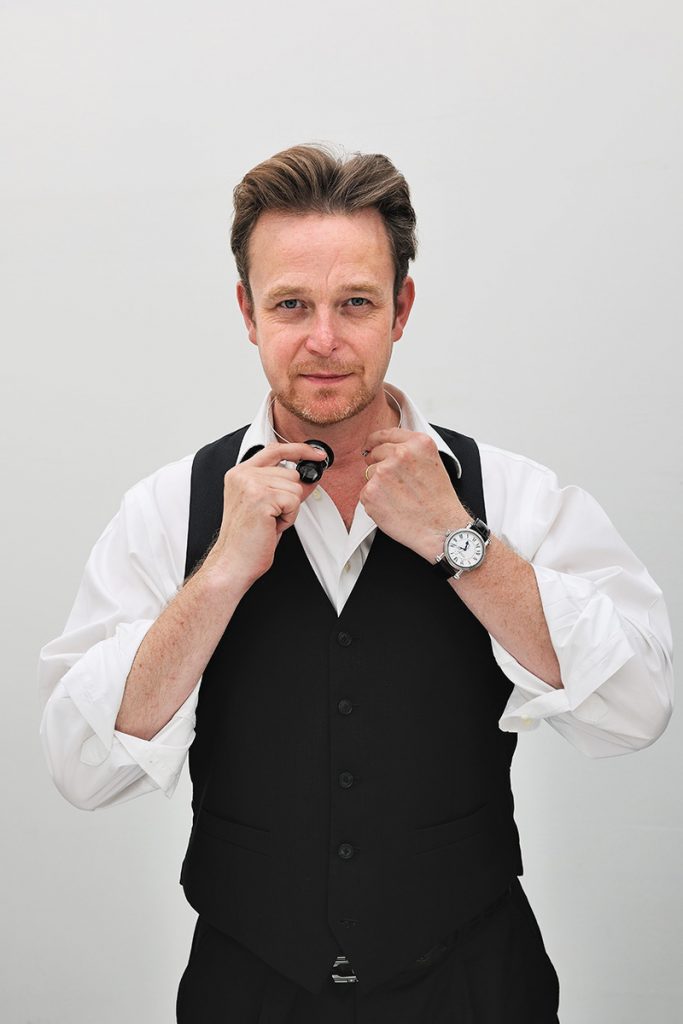 In June, we broke the news via an exclusive interview that top-notch watchmaker Peter Speake-Marin was leaving the eponymous brand he founded and starting something new: The Naked Watchmaker. While he is not watchmaking in the nude (who knows, though, he may do that from time to time in the privacy of his workshops), he is revealing the intricacies of behind-the-scenes watchmaking. Today, TheNakedWatchmaker.com digital educational platform went live. Once again, Peter Speake-Marin talked with us exclusively about the site’s launch.

“The site is newly born, and now it needs to grow to become strong over the coming years,” says Speake-Marin “’I have many ideas to build onto the site, all of which will increase the understanding of what watchmaking is in its multiple guises. It will be executed through photos, film and animation.”

A quick look at the site reveals several sections, including People: 12 Questions, wherein – for this launch – he interviews designer Eric Giroud, the director of WOSTEP, Marten Pieters, and Swiss watch industry journalist Gregory Pons. Other sections include Deconstruction, where he presents mechanical objects, components, systems and more in order to share knowledge, and Pocket Watches – a personal love of Speake-Marin’s. 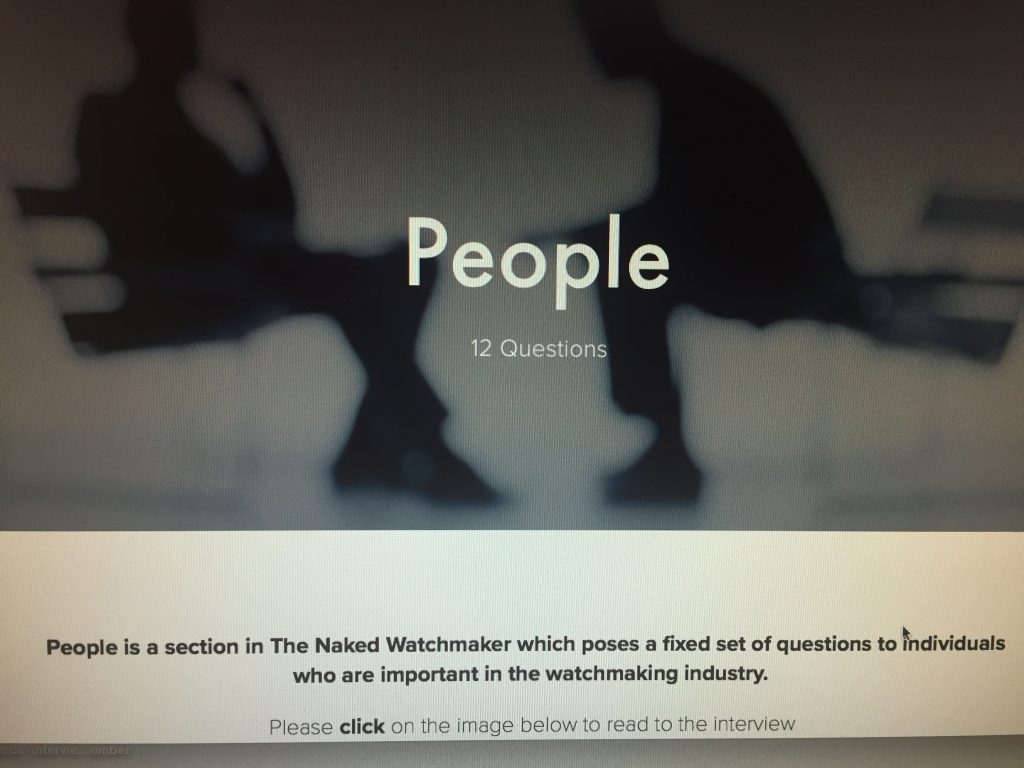 On The Naked Watchmaker, sections include a close up look at certain watch brands, a deconstruction of watches,parts and systems and interviews with key industry people by Peter Speake-Marin.

“I don’t think there is anything like this out there. I’m not giving opinions or casting judgments,” says Speake-Marin. “The goal real is to inform and share what generally only watchmakers see. I love sharing what makes me passionate about watchmaking, the combination of art, mechanics and history, both past and present.”

For those concerned that Peter may not continue in watchmaking – fear not. He is already deeply entrenched in several different projects, and, as he imparted to me, “I am a watchmaker first and always will be. I have other projects in the pipeline both big and small, but I was a watchmaker before I was a husband and a dad. I can’t change that.”

Nor would he want to. Since I have known Peter – and that is almost from the moment he emerged on the scene with his own brand nearly two decades ago – he has always been so passionate about the purity and beauty of watchmaking. I remember once sitting with him talking about concepts and inspirations. I was wearing a brooch similar to a Medusa head, but interpreted in a modern way. Not too far into our conversation, Peter reached over and took a long hard stare at it. I took it off and he studied it further – stating that it was those odd moments, when he spots something that is unusual or different, that inspire  him to make new and creative designs. I have every confidence that in addition to bringing behind-the-scenes information about watchmaking to the forefront with TheNakedWatchmaker, Peter will also be unveiling some pretty impressive new pieces.

Those who signed up for notices about when The Naked Watchmaker would go live will be receiving the news today. Those who didn’t’ may want to visit the educational platform developed by Speake-Marin for a first look.