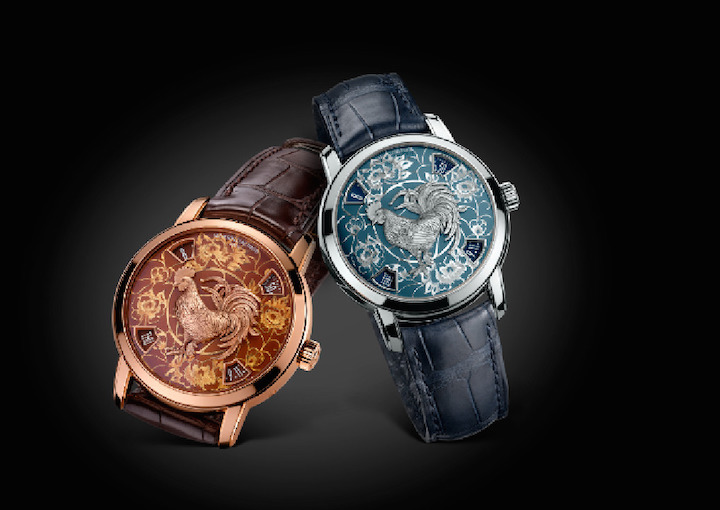 Following in our theme of celebrating the Chinese New Year — the Year of the Rooster — we bring you a look at three more terrific Year of the Rooster watches. These beauties come from Piaget, Chopard and Vacheron Constantin — all of which have been creating Chinese Zodiac watches for years.

Vacheron Constantin Métiers d’Art the legend of the Chinese Zodiac

Vacheron Constantin actually releases  two renditions of its Métiers d’Art “Legend of the Chinese Zodiac” watches  this year, as is typical for the brand. One version is created in rose gold with orange tone and the other in white gold with blue tones. Each carries the  Hallmark of Geneva certification  attesting to its high standards of craftsmanship and each features multiple discipline arts, including  sculpture, enamel work and engraving. The dials are hands-free so that the rooster in all its glory can take center stage.  The hours, minutes day and date are all visible via apertures and a jumping system. The watch is  powered by the mechanical Caliber 2460 G4, developed and manufactured in house by Vacheron Constantin. The movement consists of 237 parts and offers 40 hours of power reserve.  A transparent sapphire caseback on the 40mm watch enables viewing of the movement. Just 12 pieces will be made of each version. 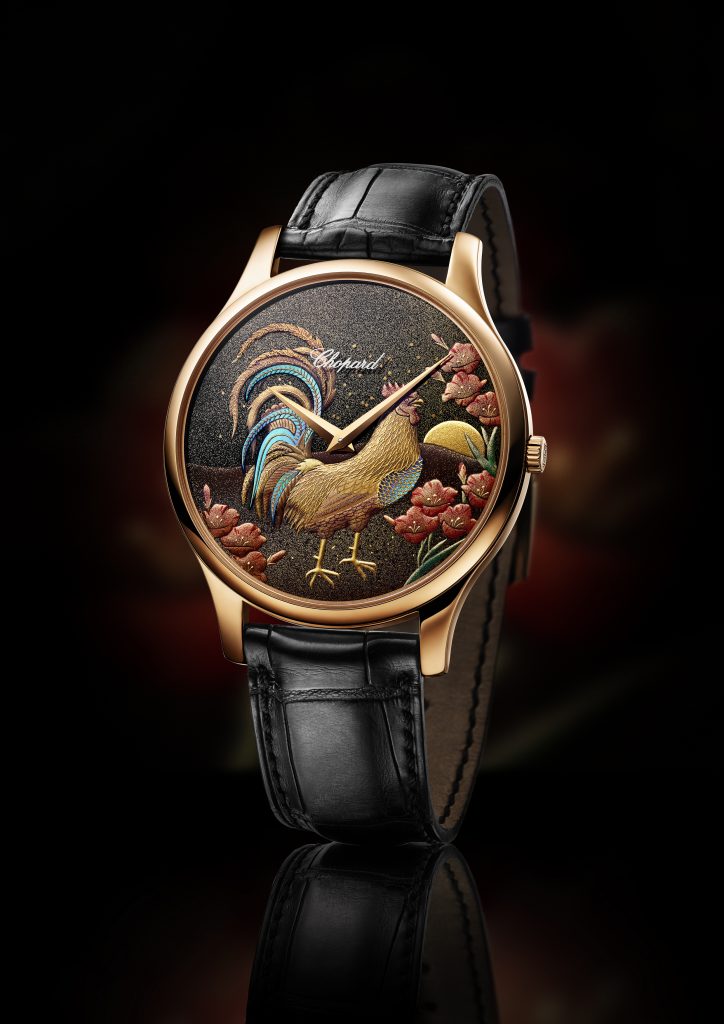 Chopard is a master at the ancient Japanese art of Urushi lacquer painting and uses it annually for its interpretations of the Chinese zodiac — bringing together the Chinese, Japanese and Swiss cultures under one roof. This year, the brand translates the  Year of the Rooster concept in a highly colorful rendition. Powered by an  ultra-thin L.U.C movement, L.U.C self-winding 96.17 with 65 hours of power reserve, the watch is features   Urushi lacquer painting within tiny mother-of-pearl outlines. The process enhances the iridescence of the rooster with its puffed out chest and vivid turquoise, golden and orange-hued tail feathers. Crafted in 18-karat rose gold the 39.5 mm watch is created in a limited edition of just 88 pieces. 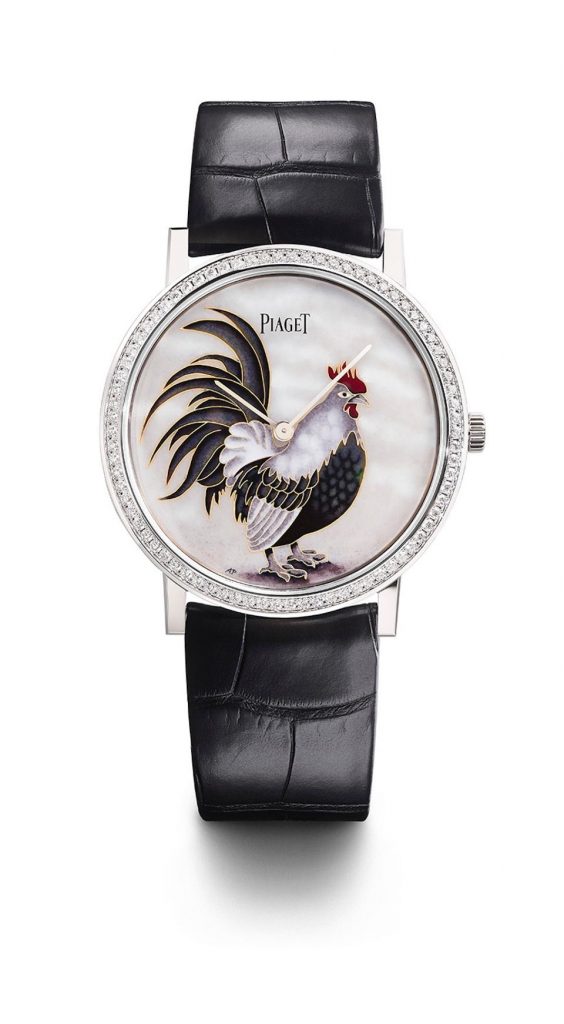 Piaget’s ultra-thin Altiplano watch celebrates the Chinese New Year with a highly realistic rendition of a rooster against a white mother of pearl dial. The rooster features black plume and breast feathers beneath a host of white and gray feathers that are masterfully hand painted in Grande Feu cloisonné’ enameling. Master enameller Anita Porchet, who is world renowned,  has captured the depth and shadows of the rooster’s feathers using contrasting tones of gray, white and black. The comb on the rooster’s head and beneath the beak are painted in vibrant red that emulates reality. The 18-karat white gold case is set with 78 brilliant-cut diamonds and houses the Manufacture Piaget 430P ultra-thin mechanical manual-wind movement with 43 hours of power reserve. Just 38 pieces of the 38mm watch will be made.