The recent auctions that took place this past week told some interesting tales and saw some record sales. Antiquorum achieved two world records at its May 12 Geneva auction of “Important Modern & Vintage Timepieces; Christie’s Geneva auction on May 13 set records and Sotheby’s May 11 sale of rare references saw some interesting results. In all three auctions, Patek Philippe stole the limelight as the clear leader. Rolex comes in a strong second and Audemars Piguet plays a role, too. 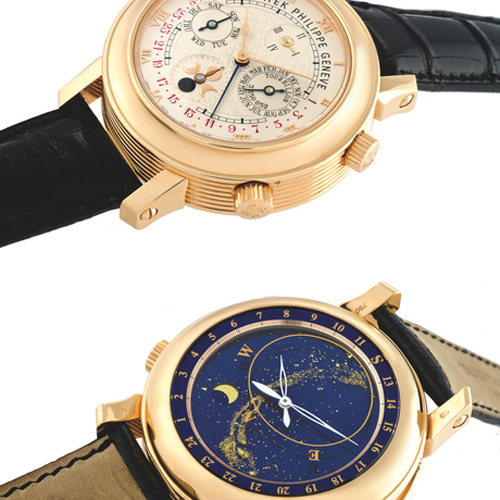 Antiquorum’s carefully curated selection of 518 timepieces had bidders competing from around the globe. The top lot was the unique Patek Philippe Ref. 5002 Sky Moon Tourbillon in pink gold with a specially ordered case. The two-dialed watch with 12 complications sold for just over $1.27 million . The runner up at that auction was a collection of Rolex Daytona watches — especially since this year marks the 50th anniversary of the iconic timepiece. The highlight was the Rolex Ref. 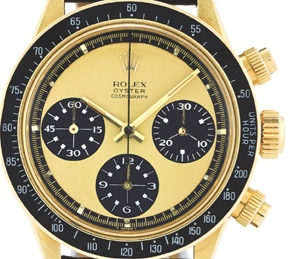 Antiquorum auction – Rolex Daytona Paul Newman with lemon yellow dial- may be a one of a kind.

6263 Gold Daytona Paul Newman – with a prototype lemon dial and white graphics. After a strong bidding war, the watch sold for a world record price of just over $883,000 – the highest price ever attained for a Rolex Daytona. 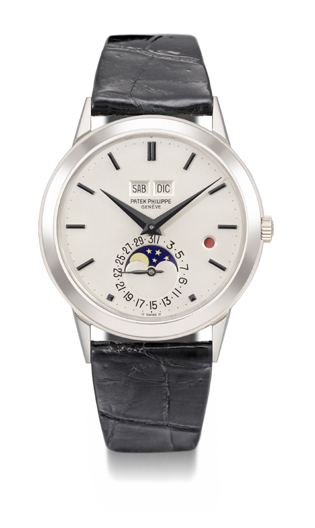 Interestingly enough, at Christie’s May 13 auction of Important Watches, including A Gentleman’s Pursuit for Excellence, Part II, and the top lots were also a Patek Philippe followed by a Rolex. The most valuable lot of the sale was an historically important white gold automatic perpetual calendar Patek Philippe wristwatch, Ref. 3448, with moonphase and leap year. Manufactured by Patek Philippe in 1981, the watch set a world record auction price for this 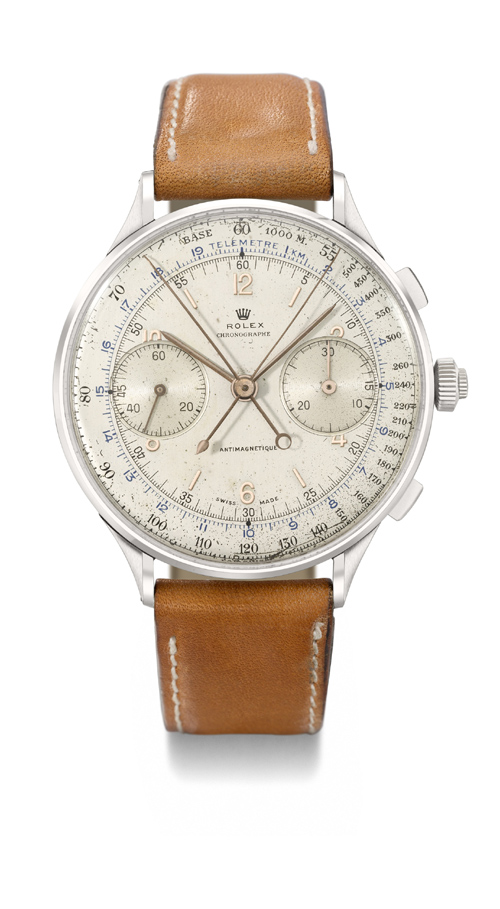 reference at just over $1.701 million. The high-price Rolex star of the auction set a new world record for any Rolex wristwatch. The rare stainless steel split seconds chronograph, Ref. 4113, built by Rolex in 1942 sold for just over $1.16 million.

At Sotheby’s Exclusive Modern Wristwatch auction on May 11, the top lot was also a Patek Philippe, rare Ref. 5029 wristwatch that sold for $561,116. Another hot star of the auction here was the No. 10 Royal Oak Chronograph Leo Messi – made by Audemars Piguet in a limited edition. The watch was sold for $81,850 and was sold to benefit the Leo Messi foundation.