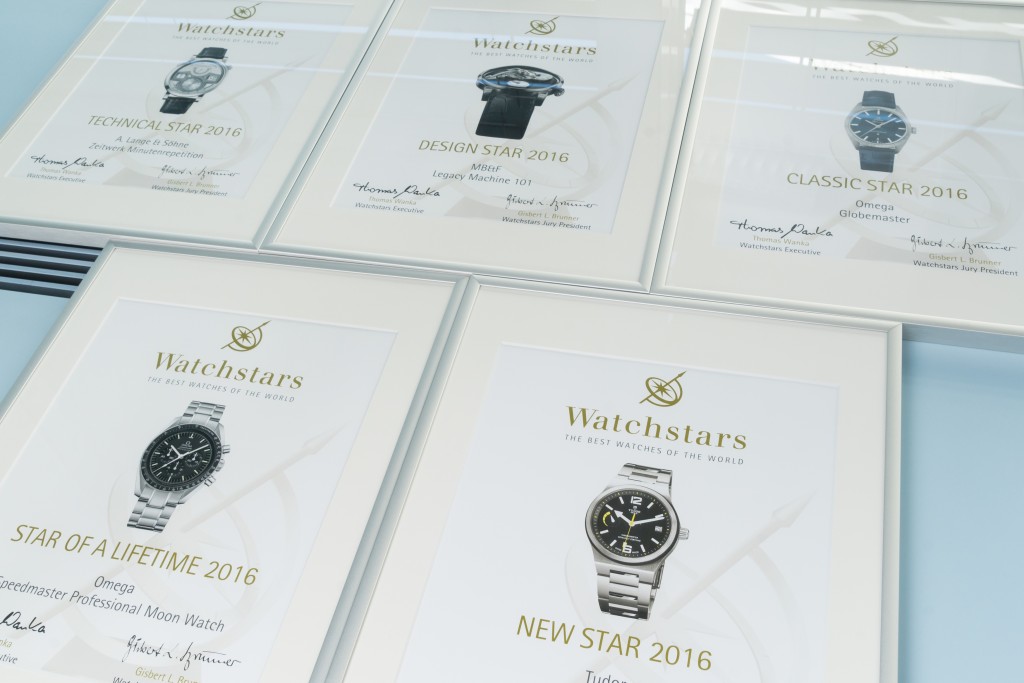 This year at Baselworld 2016, executives were on hand from A. Lange  & Sohne, MB&F, Omega and Tudor to receive their Watchstars Awards (2015-2016).  Selected by an international panel of experts voting on five categories, these winners received their accolades during an evening event during the show.  The expert panel, which consists of over 70 international watch experts, voted for the following winners:

Classic Star:  Omega Globemaster, which was launched in 2015, succeeded to establish itself against its competitors with its Co-Axial Master Chronometer movement and METAS certificate.

Technical Star: Watches with additional function(s) saw the  Zeitwerk minute repeater from A. Lange & Söhne as a clear winner with its technical assets such as: jumping hours and minutes combined with a decimal minute repeater. 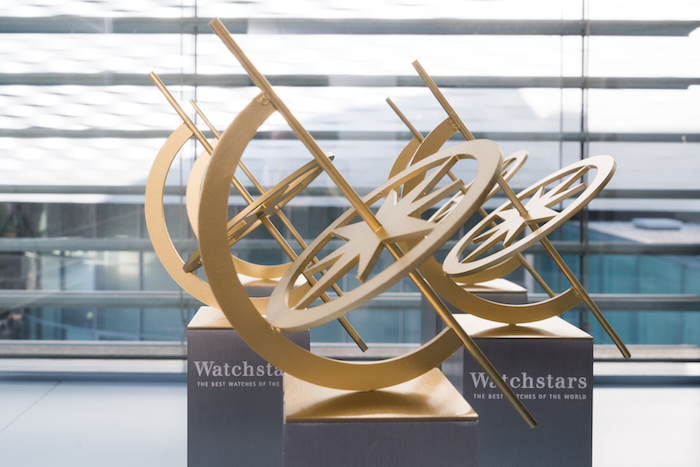 Design Star: The MB&F Legacy Machine 101 convinced the jury with its in-house developed movement, extremely domed sapphire crystal which enables a perfect view on the mechanical marvel and its overall design architecture.

Stars for a Lifetime: As a timeless classic, the Omega Speedmaster Professional Moonwatch came out on top thanks to its design, technical features and ‘Moon’ heritage — perfect ingredients for making it a lifetime star.