Venus- the Stuff Songs are Made Of – is the Stuff Watches are Made of, too, thanks to Chrisitaan van der Klaauw’s Venus 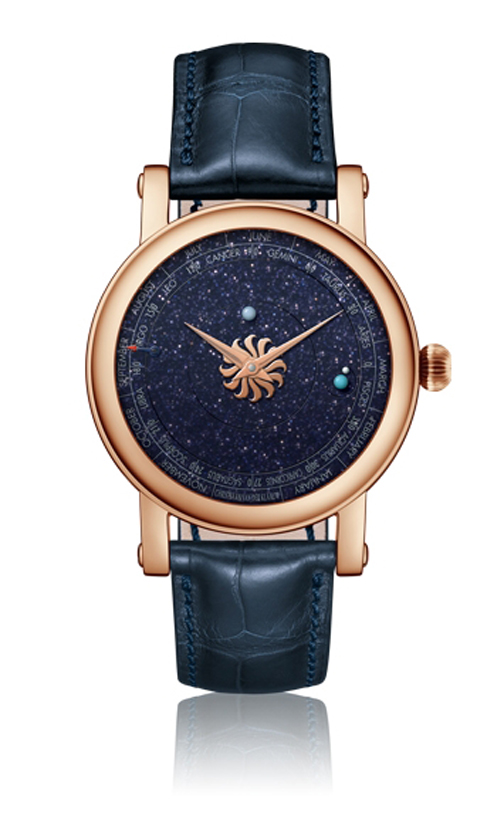 Venus by Christiaan van der Klaauw is a complex study of the Earth, Sun, Moon and inner planet Venus.

This week, astronomy week, showcases so many exciting new astronomical timepieces coming on the market this year. But somehow, it just doesn’t seem right to me – being a veteran in the watch industry – not covering the one brand that has been making astronomical watches for more than four decades: Christiaan van der Klaauw. Yes, Ulysse Nardin also has made amazing inroads into this field with its Trilogy of Time watches, but Dutch watchmaker van der Klaauw specializes in astronomical watches. From clocks to astrolabiums and the intriguing and relaxing Venus watch shown here, astronomy is present in every single watch van der Klaauw creates. 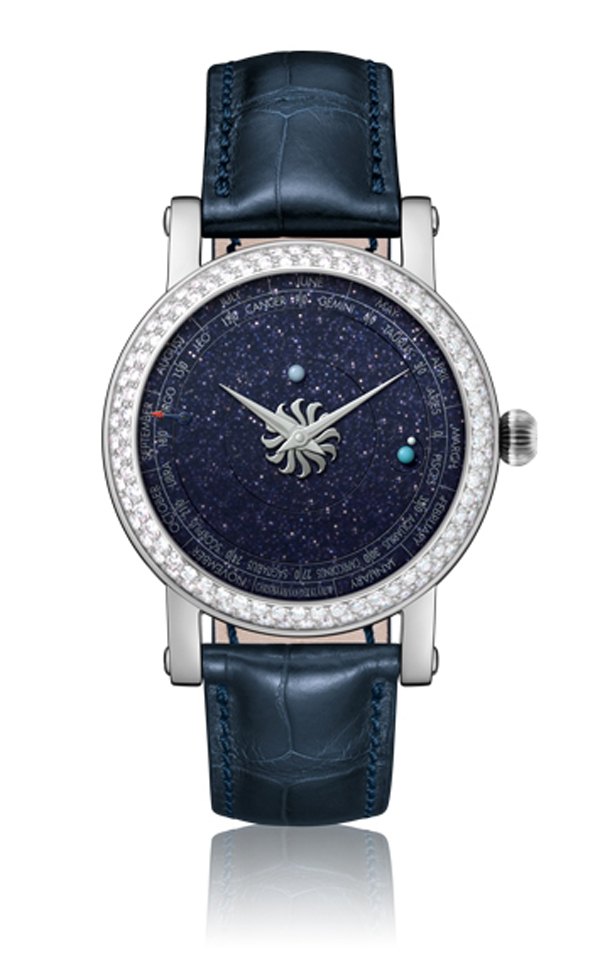 Venus is offered in several different versions in gold or platinum.

With a soothing design of stars covering the dial, the Venus watch is quietly deceptive. Its tranquility does not give away the intense complications of the timepiece. In fact, it offers hours, minutes, month, zodiac indication, orbit of the Earth and Venus around the sun, and orbit of the moon around the earth. 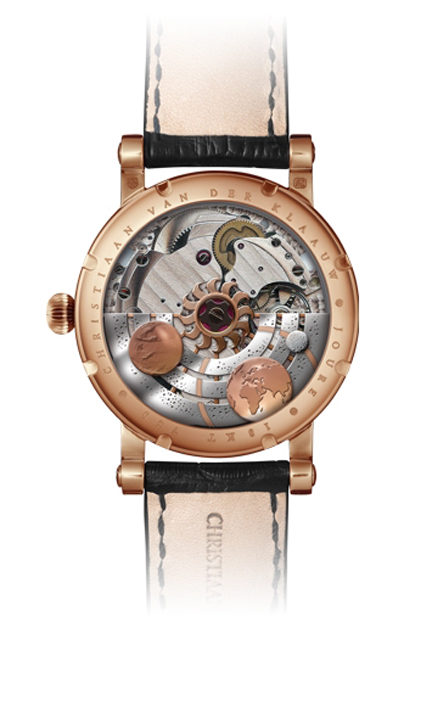 The back of the Venus timepiece by van der Klaauw shows the moon and the Earth on the rotor.

On the dial, the planet Venus rotates to indicate the month and the sign of the zodiac in which the sun is located. Additionally, the position of Earth and the moon in relation to the sun are also depicted on the stunning dial. The date hand, Venus and Earth turn counter-clockwise— as these planets do in reality. The date is indicated by the red hand on the outer scale and the sun is positioned the center of the dial. The date hand and the earth and are connected so that they are always opposite each other. On the second scale from the outside, the 12 zodiac signs are depicted, and the red hand indicates the proper sign for the time. The heliocentric position of Venus as seen from the sun can be read directly, while other calculations require imaginary lines to determine morning and evening stars. The moon on the dial is depicted as either a new moon (if the moon is between the sun and the earth) or as a full moon (if the earth is between the moon and the sun). 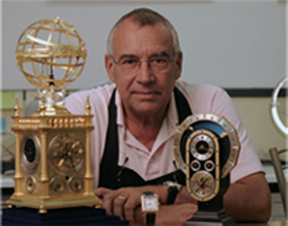 van der Klaauw studied at a famed Dutch observatory, which sparked his love of astronomy — something he embraces in every timepiece he builds.

A complex timepiece, the Venus watch is a stunning beauty that fully represents van der Klaauw’s astronomical intensity. Each watch is designed and manufactured in house one by one, by hand. Van der Klaauw uses Swiss automatic movements that are modified and adjusted in house to meet the needs of his various astronomical instruments. The Venus watch houses the CVDK 1096 modified self-winding movement. It is a stunning tribute to the inner planet Venus.