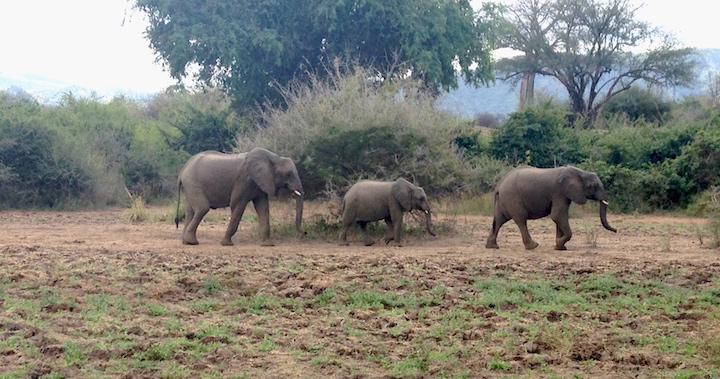 Few things in life compare to a wide open safari — especially when one gets to experience great animals such as the elephant without leaving a carbon footprint. Animal conservation, as well as environmental conservation, is top on today’s “issues” of concern. Tens of thousands of elephants have disappeared in the fragile ecosystem over the past half a dozen years, and so elephants – and their protection – are top on the conservation list. 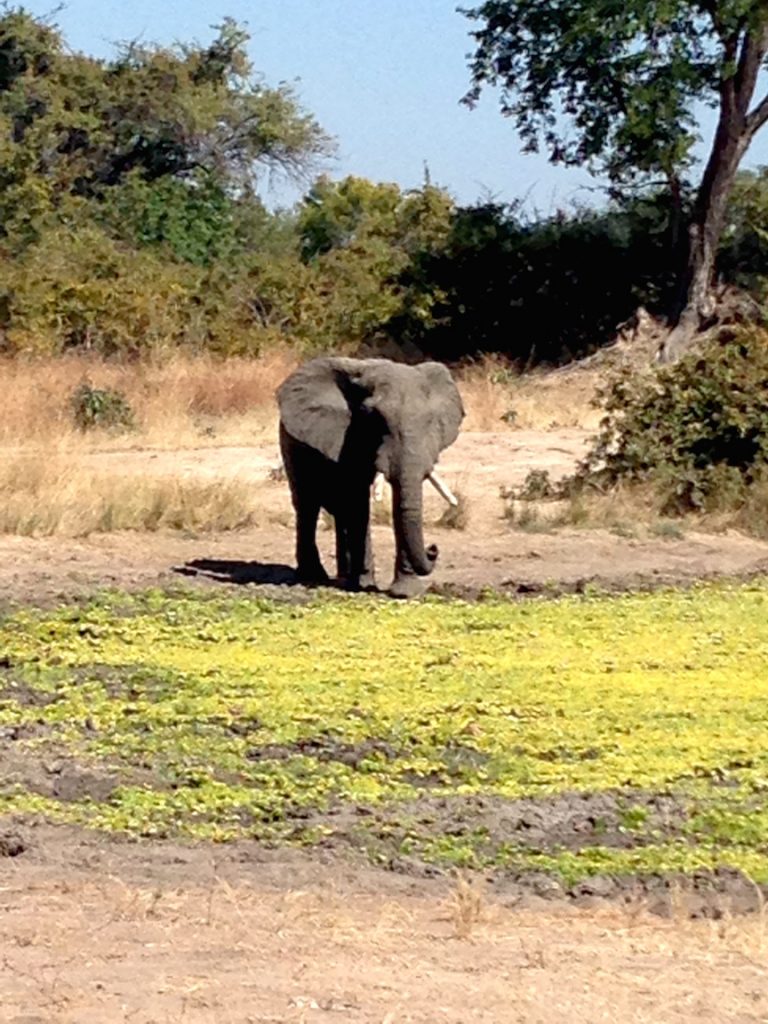 A lone elephant at a watering hold (photo: R.Naas/ATimelyPerspective)

These jumbo beasts are becoming scarce and the issue is a puzzle to African governments. Teams are being sent out on reconnaissance, poaching is being combatted by NGO’s and other organizations, and many safari sites are implementing sustainable tourism — allowing grand views of the elephants without encroaching on their footprint. 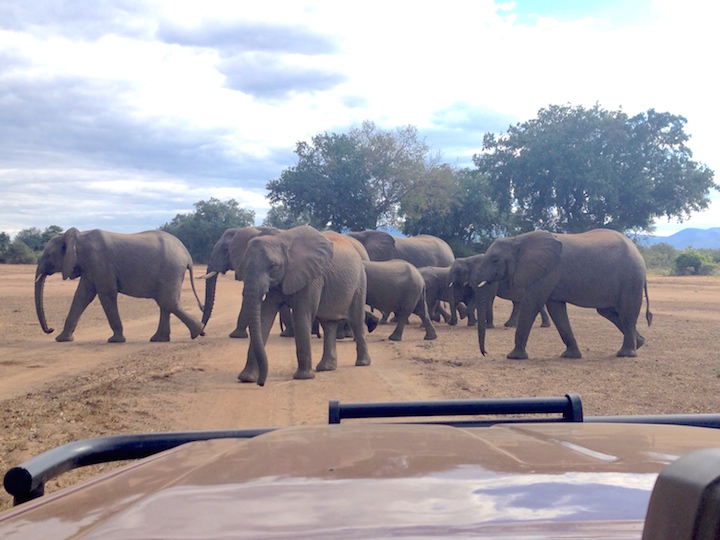 Elephants roam in herds == walking in the path of the jeeps on safari. (photo: R.Naas/ATimelyPerspective)

Norman Carr Safaris, one of the leading luxury safari organizations in Zambia, is heavily involved in conservation. One of its lodges, the Chongwe River Camp in lower Zambezi, aims to protect and conserve the ecosystem, while at the same time provide exciting and ecologically oriented tourism in this elephant land on the river. 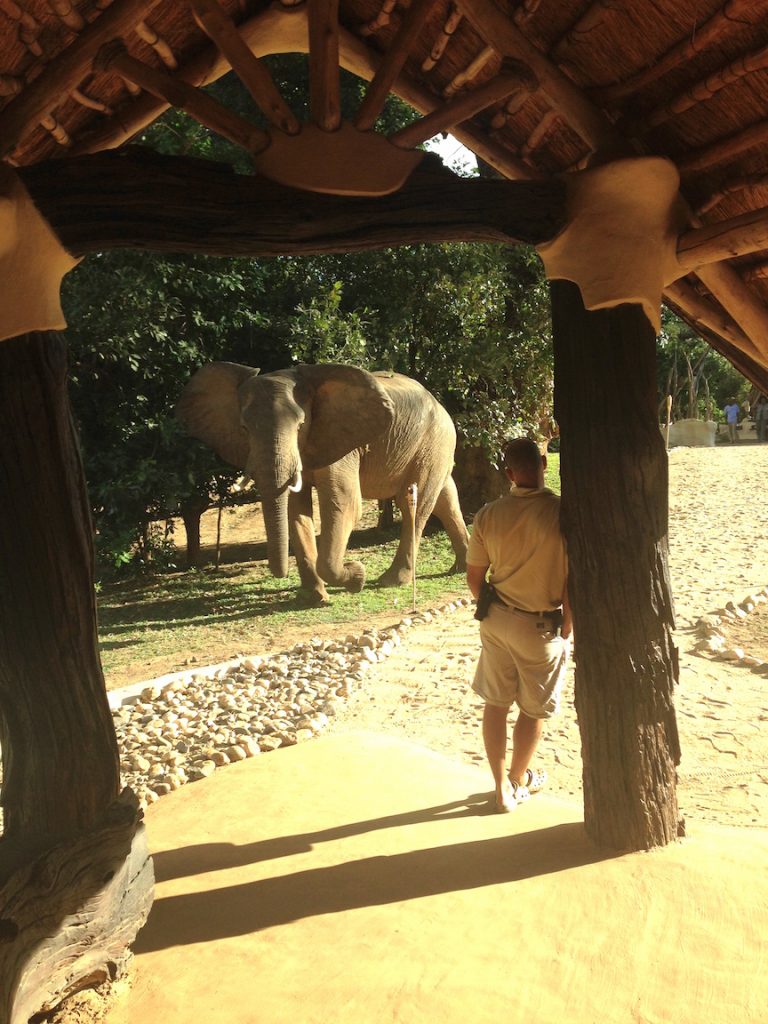 The lodge at Chongwe is located right on the Zambezi River, where one can watch the elephants come to drink multiple times a day. In fact, the elephants roam free – often coming right up to the door of the lodge. It is an amazing experience to see these gentle giants in their environment. 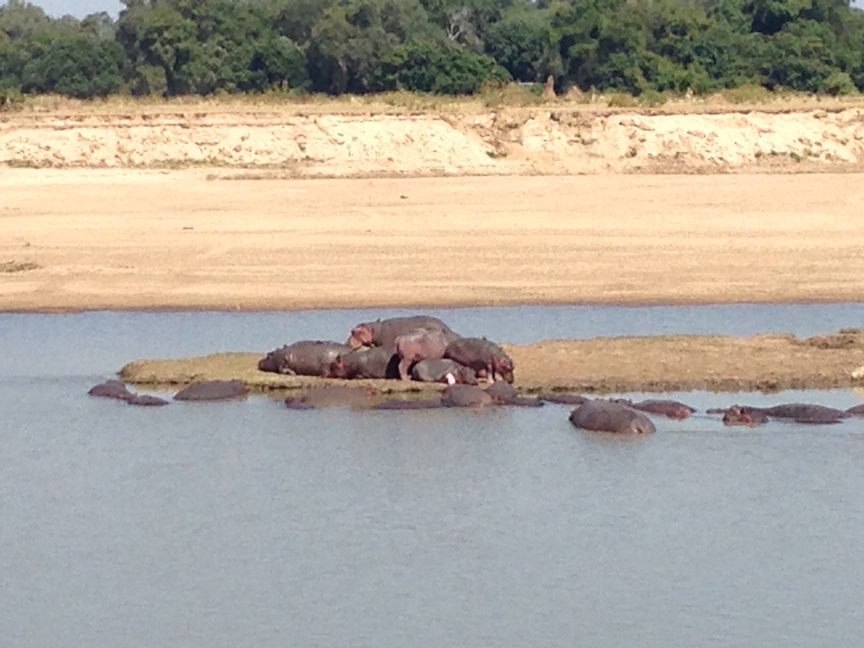 Hippos at rest on the water and mud islands in the river (photo: R.Naas/ATimelyPerspective)

Chongwe Safaris, one of the oldest companies in the Lower Zambezi, was founded 10 years ago and offers walking safaris, riding safaris and canoeing on the Zambezi River. Canoeing enables a totally different view of the wildlife and the environment as you glide down the river and look toward the banks where herds of elephants, water buffalo and other animals are common. This is not for the feint of heart, however, as the hippos cluster in the water and the crocodiles – when they see you coming – slide off their dry land and submerge right beneath the canoes with sly yet stealth abilities that have you holding your breath until you are sure they aren’t tipping your canoe for a little lunch. This hour+ long canoe ride is most definitely one of the most unforgettable experiences of a lifetime. 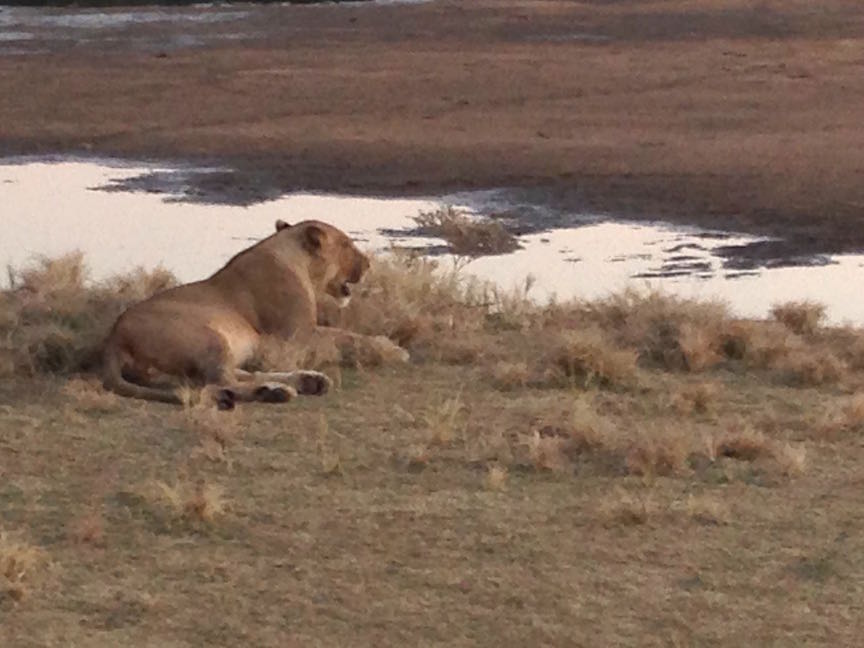 Lioness at dusk on the river’s edge (photo: R.Naas/ATimelyPerspective)

We recommend staying at the open-air, luxurious Chongwe River House. The private house features four individual bedrooms with en-suites, a stunning living room, dining room and kitchen, as well as an outdoor patio, pool and walking trail that leads right to the river. Amazing wilderness and animals surround you. 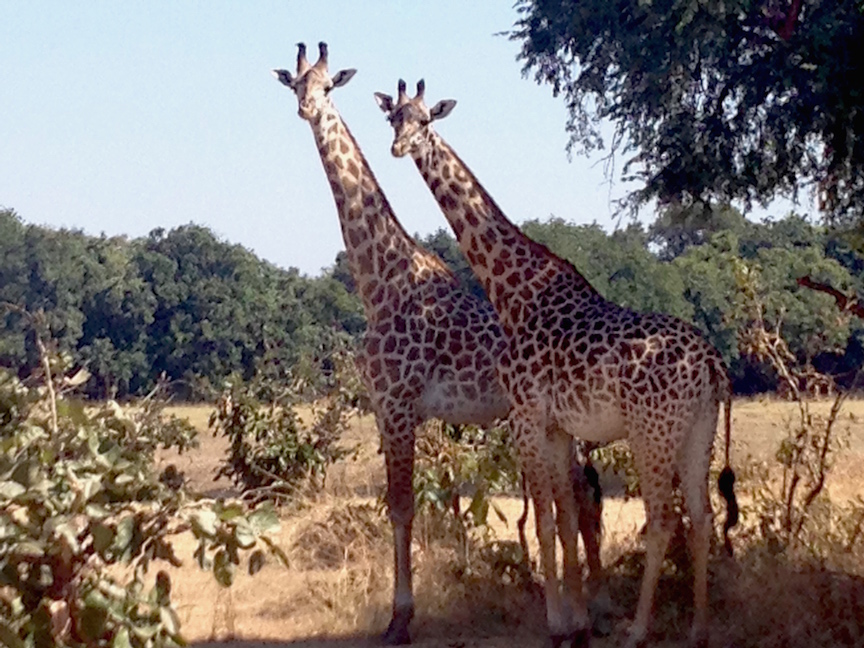 Game viewing is done in the Lower Zambezi National Park, which stretches in a narrow swathe from the Chongwe River in the west to the Luangwa River in the east. The area was declared a National Park in 1983 and today remains one of the few pristine wilderness areas left in Africa. 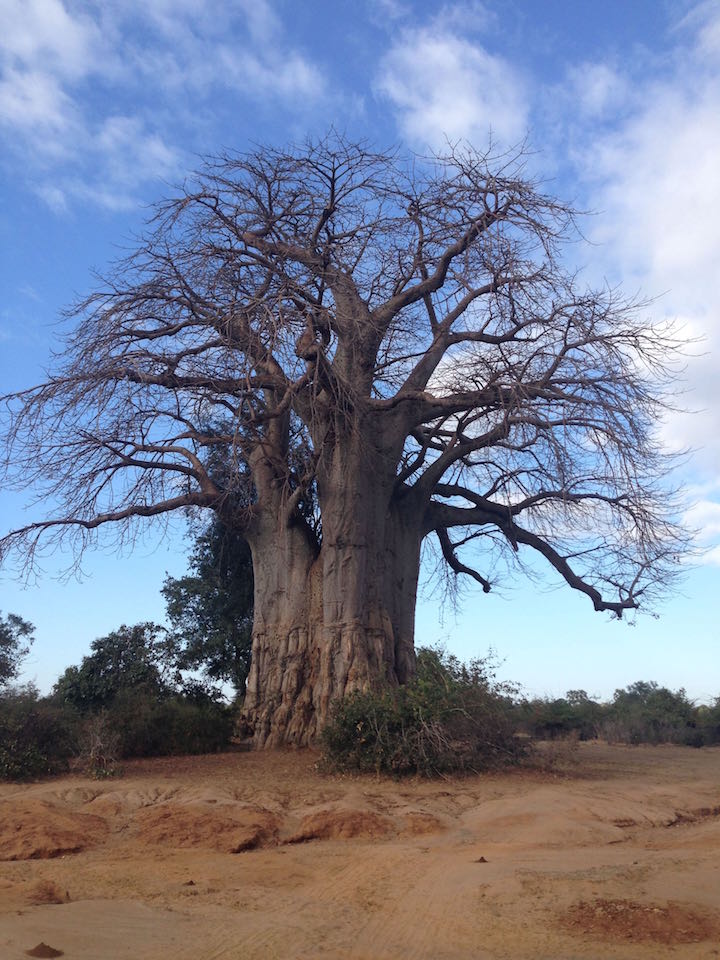 The ancient trees make for a dramatic appeal against the blue sky backdrop (photo: R.Naas/ATimelyPerspective)

Chongwe is committed to the principles and ethics of responsible tourism and is involved in such initiatives as the funding of Chitende High School in Chiawa village and Conservation Lower Zambezi, combatting poaching and providing environmental education to local communities. 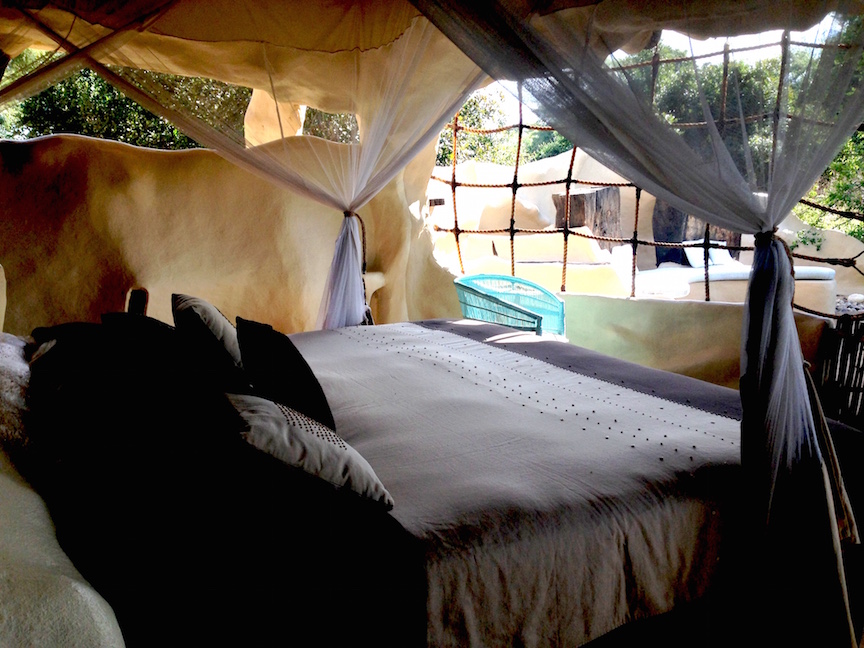 My bedroom in the Chongwe River House