Zoom Away with a LE Porsche 911 Wristwatch 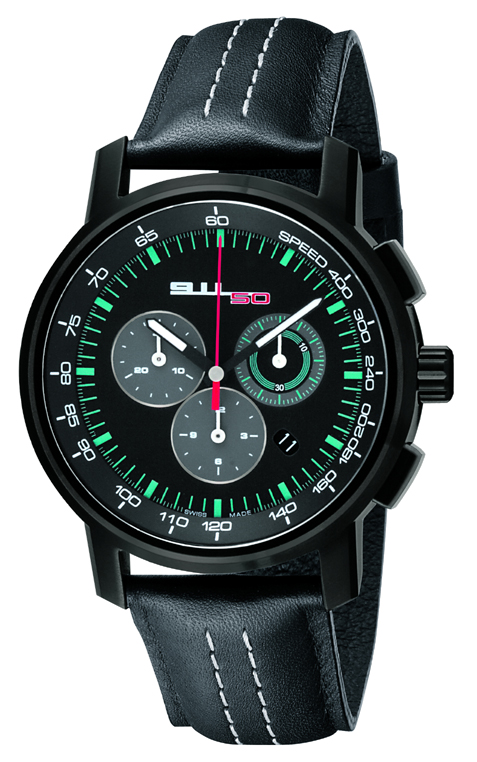 With nearly a million Porsche 911’s built since the sports car’s debut in 1963, Porsche continually reinvigorates the 911 to keep the model at the top of the pack. This year, the current flagship of Porsche celebrates its 50th anniversary – and does so in style. Now, to go with your sporty 911, or just to show your admiration of the 911, there is a commemorative watch made in its honor. Created by Porsche Design, the new Porsche 911 quartz chronograph offers luminescent hour and minute hands, so you can see what time it is as you drive down the windy roads, where your 911, or any Porsche for that matter, shows its colors. Banding the watch to your wrist is a black leather strap with two lines of stitching, reminiscent of the quality of the Porsche interior thanks to German engineering. The watch is finished off with a stainless steel case with black PVD (Physical Vapor Deposit) coating. Purchasers of this stealth watch, receive a 1:43 scale model of a 1963 Porsche 911 in the classic Geyser Grey Metallic. 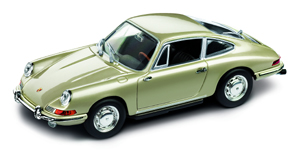 Unlike the 820,000 911s sold to date, this limited-edition watch will only be manufactured to the perfect number of 1,963, for obvious reasons. Though, a brand spanking new Porsche 911 Carrera will set you back anywhere from about $84,300 in US MSRP price and on up, this nice collectible timepiece will only cost you around $850.