Bourbon: The Spirit of America — Join Us on the Bourbon Trail, Buffalo Trace, Woodford Reserve 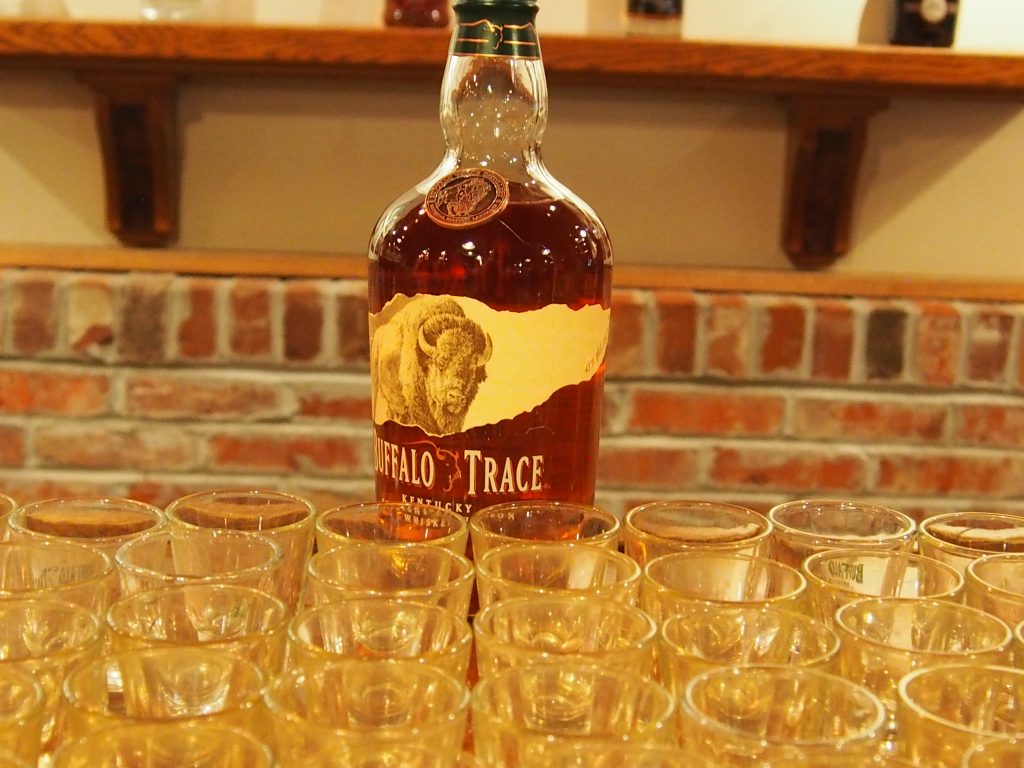 It isn’t something everyone would admit, but those who know me know that I developed a love of bourbon early in life. As a teenager growing up, my mom regularly hosted parties, and drinking sociably at home was quite accepted in the early 1960’s and 70’s. Their drinks are the stuff of history: Manhattans, Bourbon Old Fashioned, High Balls. I admit I sneaked a taste here and there along the way.

I was lured by the singular taste of bourbon, though my meager journalism job only enabled me to indulge in affordable bourbons such as Old Grand Dad. I later progressed to what is my all-time favorite: Maker’s Mark. I also indulge from time to time in a few other bourbons such as Woodford Reserve, Blanton’s, Knob Creek, Buffalo Trace and Hudson. And, while I have been fortunate enough to taste the super expensive Pappy Van Winkle (once selling for about $200 a bottle and now running an easy $1,000 a bottle) — I have never purchased a bottle for myself. 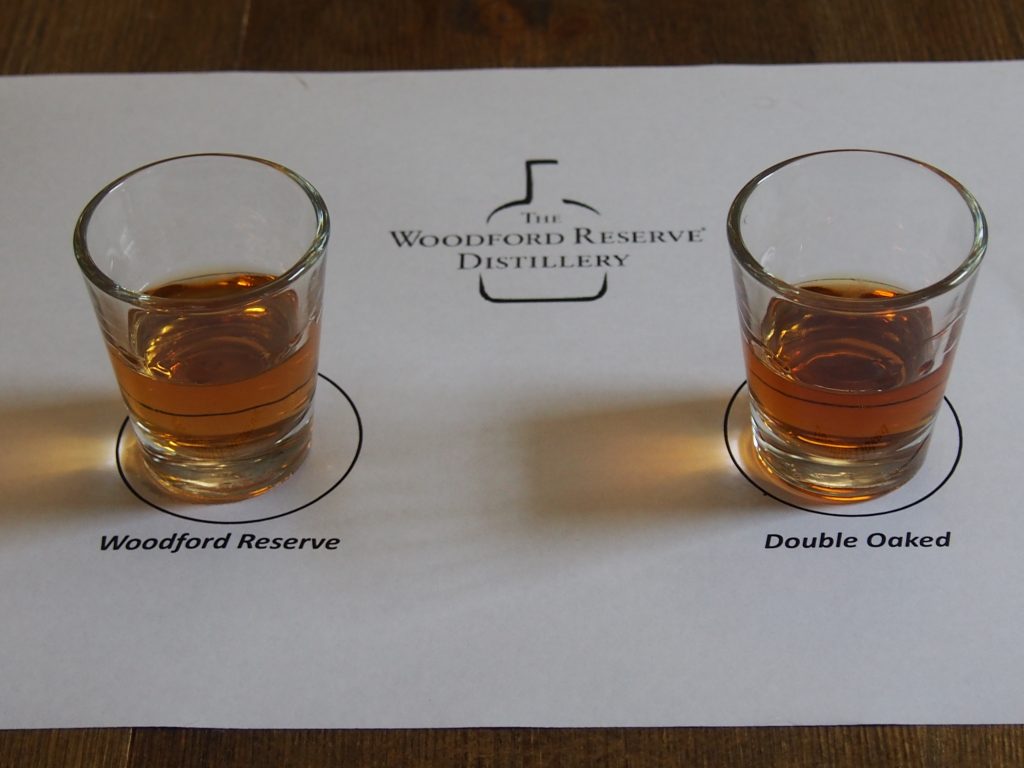 Of late, I have further refined my love of bourbon, and so you can imagine my thrill when I was invited on a tour of the Bourbon Trail in Louisville, Kentucky, with a watch brand. We had the opportunity to drive the bourbon trail, visit some of the most beautiful distilleries in the area (Buffalo Trace and Woodford Reserve) and taste the fruits of their labors. While the bourbons were excellent, the experience was much more enjoyable and enlightening than I had expected. 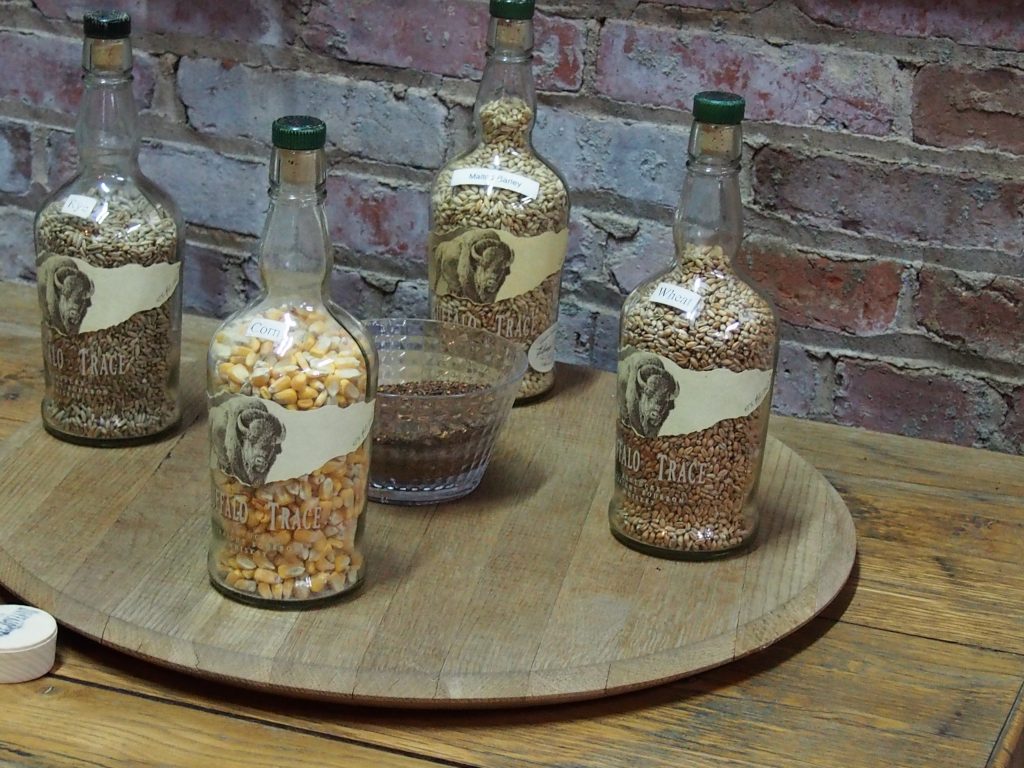 Indeed, on the Bourbon Trail, one can’t help but sit back and reflect on the unusual path that brought a single type of alcohol to rise as the country’s official native spirit. It was in 1864 that congress proclaimed bourbon as America’s Native spirit, and since then, laws have been created to protect the bourbon name. Distilled in Kentucky, bourbon was even given legal rights during prohibition – and today is recognized globally as one of the world’s most popular spirits. Keeping up with that supply and demand is no easy task for the state of Kentucky – the only state in which true bourbon can be made.

Before we bring you the interesting story of bourbon, which derived its name from Bourbon County, KY, where the legend first began, let’s define exactly what sets this spirit apart from all others. Bourbon is defined by its content and definitive distilling practices. It should be noted that all bourbons are whiskey, but not all whisky is bourbon. Bourbon is made using a mash of mixed grain, with the majority of that grain being corn. The next important grain ingredient is rye or wheat. The   majority of Kentucky bourbon is made using Rye, but there are a handful of brands – just five, in fact – that use Wheat instead of Rye as the base grain –yielding a somewhat softer, more palatable taste in the mouth. 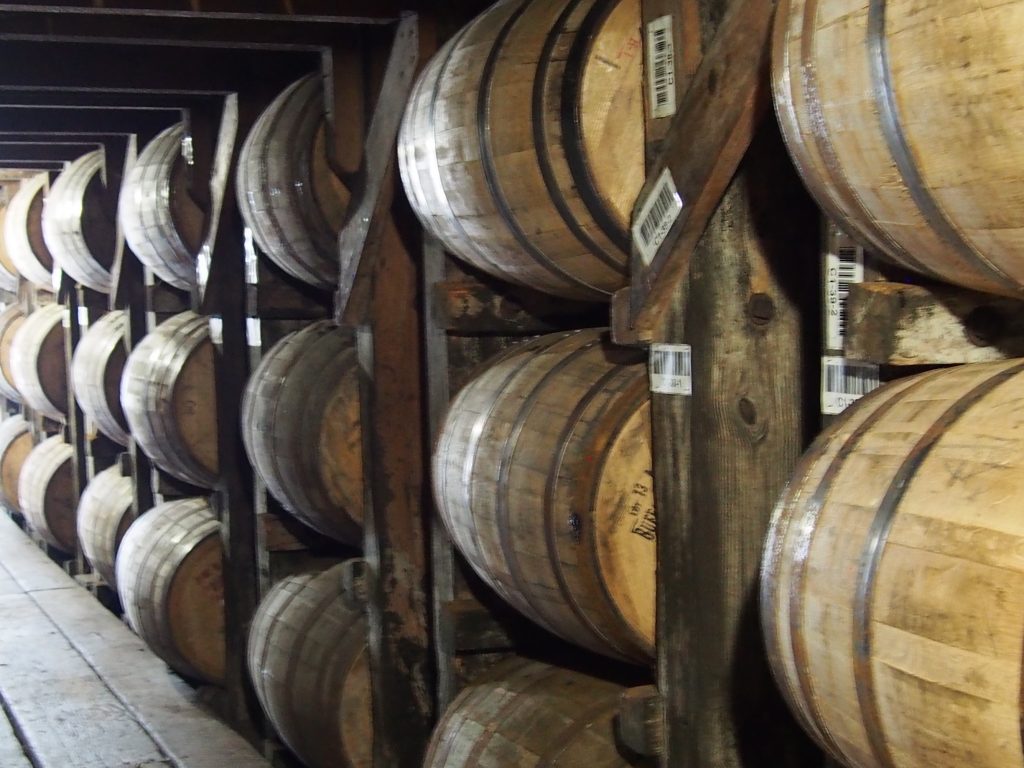 To be recognized as official bourbon, the spirit must comply with the following requirements: 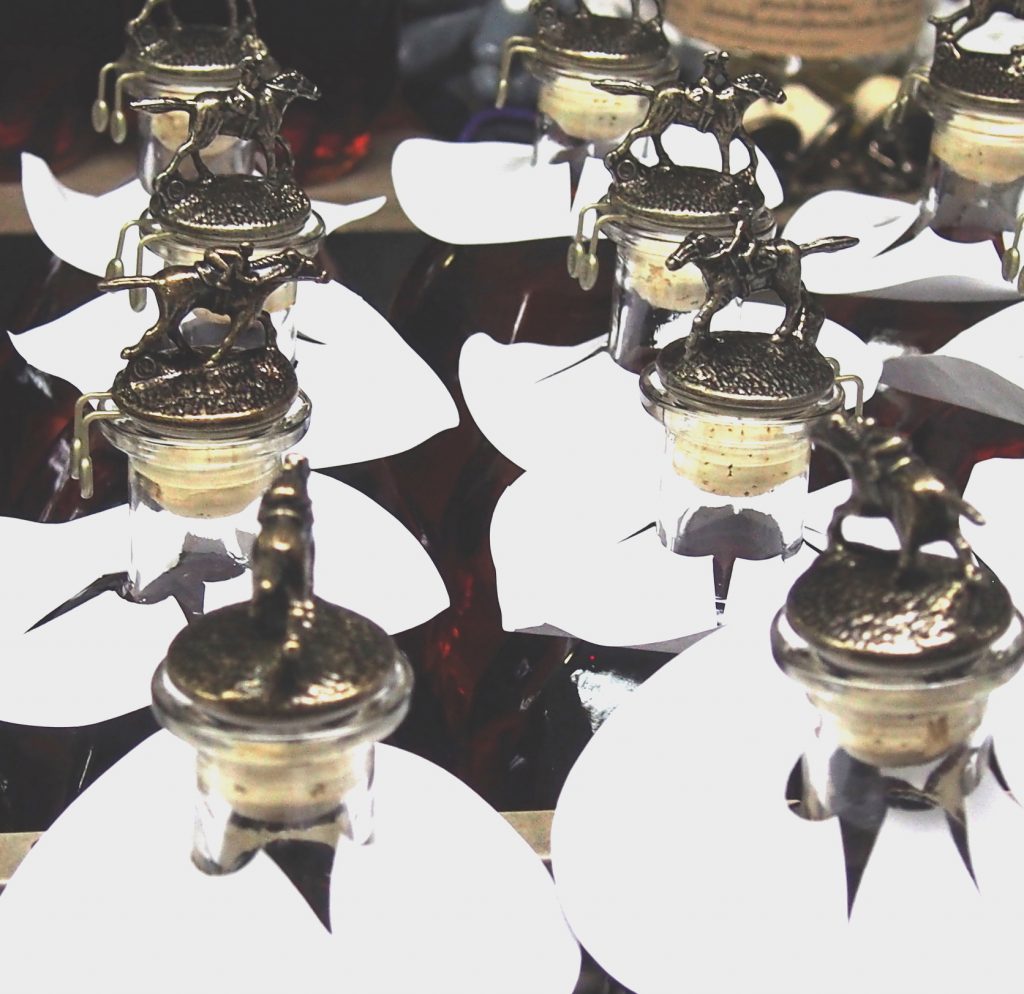 It should be noted that other states than Kentucky distill bourbon, but Kentucky is widely recognized as the king state of bourbon – owing much of the liquor’s fine taste to the excellent quality limestone filtered water found in the state. Bourbon gains its taste complexities throughout its distilling and aging process. The darker the bourbon, the higher the alcohol content. While all bourbon distilleries follow the same steps, individual production techniques account for the differences in flavor. More than 95 percent of the world’s bourbon is distilled and aged in Kentucky bourbon country according tot eh mandates above.

Interestingly, while bourbon held the Congress-given name of America’s Official Native Spirit, our government went one step further in 2007, when the U.S. Senate declared September National Bourbon Heritage month in the USA – making it the only spirit to hold such honor. The reason: the 200+ years of family tradition and deep-rooted legacy that bourbon brings to the table. 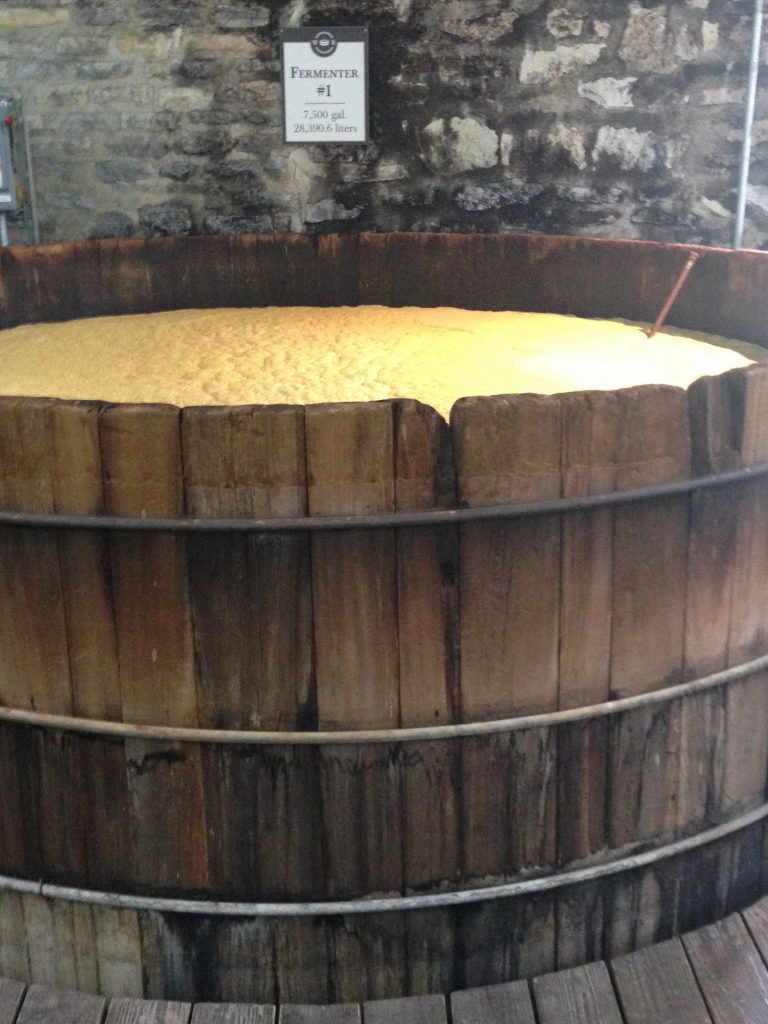 It is estimated that at any given time approximately 5 million barrels of bourbon are aging in the Bluegrass bourbon country. Temperature changes cause the pure limestone water in bourbon to evaporate and so when a barrel is opened there is less in it than originally placed. Distilleries refer to the evaporated content as the Angel’s Share. 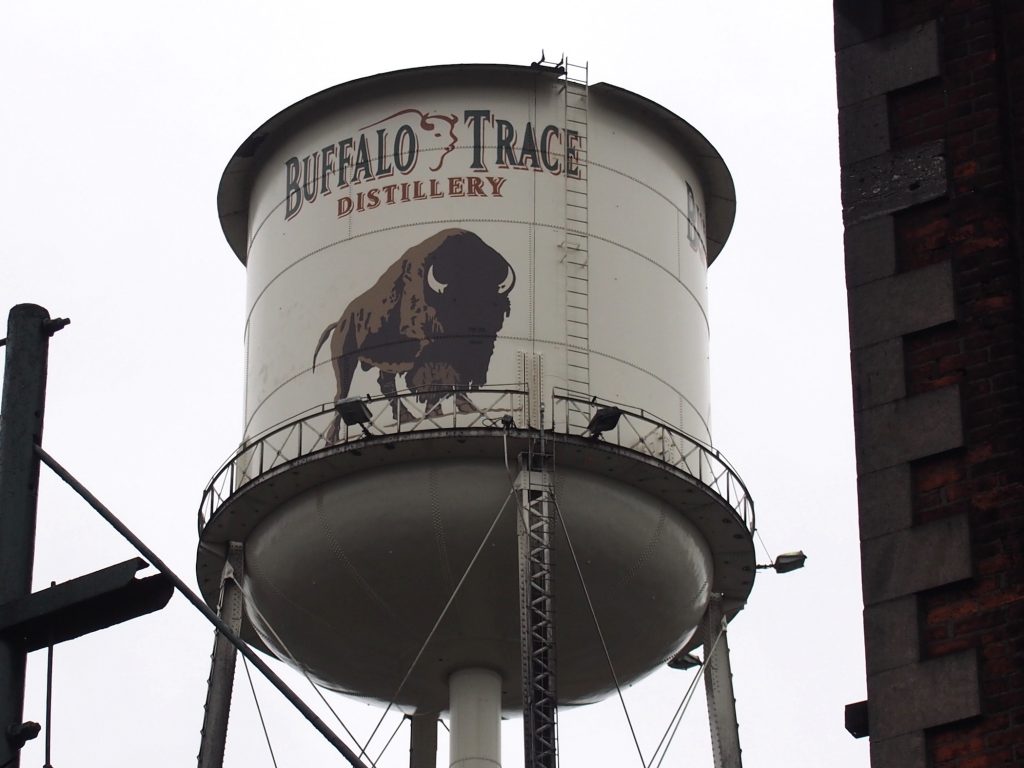 Buffalo Trace Distillery—a national Historic Landmark — is the most award-winning distillery in the world, and the oldest continually operating distillery in America – remaining opened even during prohibition since doctors often prescribed bourbon for “medical” purposes. Here, centuries-old aging processes are adhered to for the various brands of bourbon the distillery produces: Buffalo Trace Kentucky Straight Bourbon (approximately $xx), Blanton’s whose signature horse and jockey bottle stopper tops are recognized as a trademark of the Blanton’s Single Barrel bourbon ($xx), Pappy Van Winkle – once selling for about $200/bottle and now only found at about $1,000 /bottle. A theft of hundreds of bottles of this bourbon in 2013 caused the prices and availability to skyrocket.

Woodford Reserve, another National Landmark, is the smallest and oldest distillery in Kentucky (tracing its origins to 1797). Here the Official Bourbon of the Kentucky Derby (Woodford Reserve Distiller’s Select) is brewed. Woodford reserve also offers new Double Oaked bourbon and is the only brand to feature a triple distillation process in copper pots for its handcrafted bourbon. Currently, there are about eight distilleries open on the Official Bourbon Trail Tour – making the trip to Bourbon County well worth it for bourbon lovers. 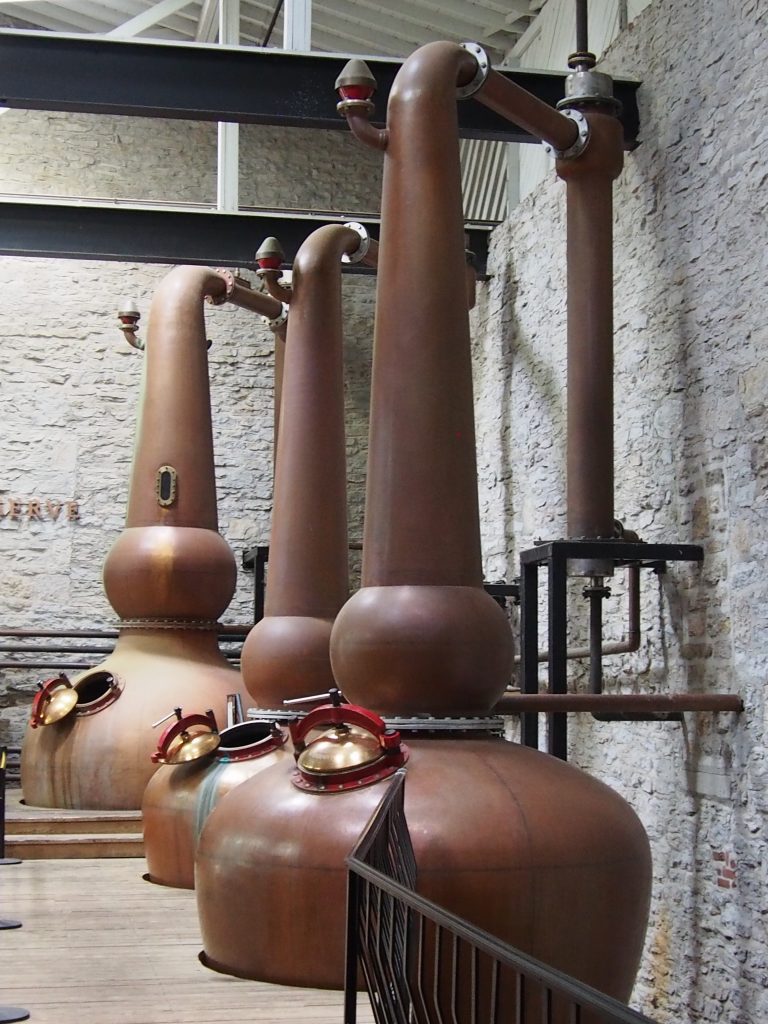