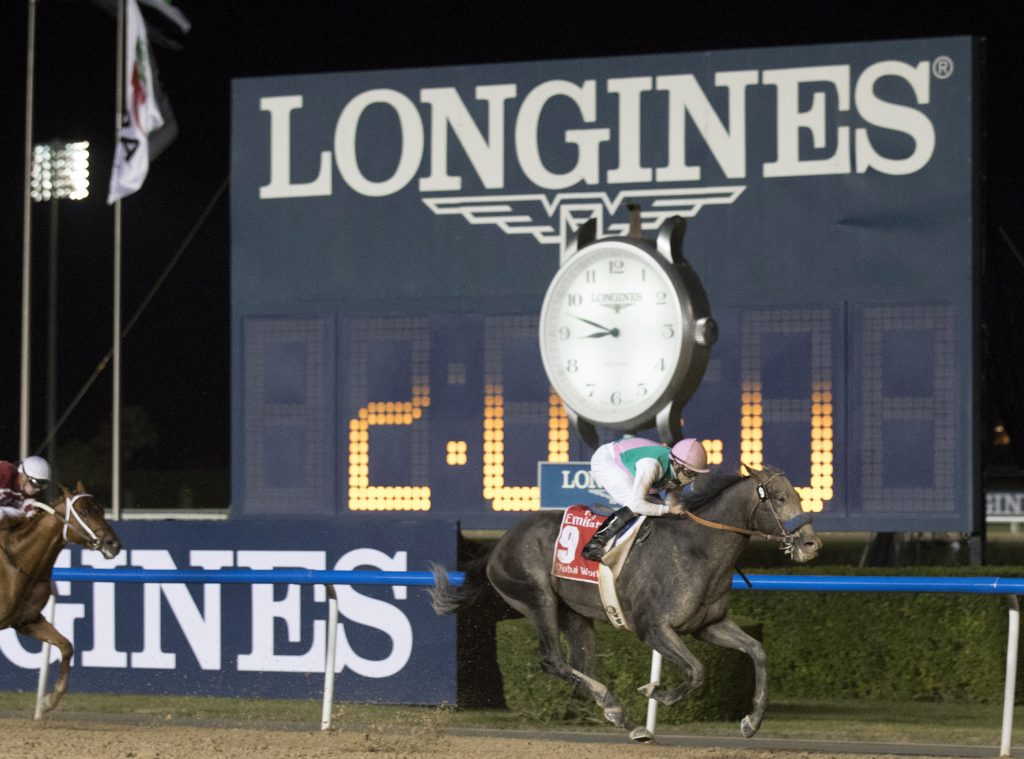 Arrogate has a rating of 134, while  Australian mare Winx took second place with 132, followed by Cracksman (GB) and Gun Runner (USA), who were tied at 130. The American thoroughbred was a winner time and again in 2017, and Longines was there as the official timer for the most recent win at the Dubai World Cup. At the event, Arrogate’s owner Juddmonte Farms Inc., represented by Lord Teddy Grimthorpe, and trainer Bob Baffert were each presented with a unique Longines watch and an iconic Longines Equus Crystal Vase.

Longines has had a long-standing involvement in the equestrian world, and recently unveiled the   Longines Equestrian Collection’s ladies watches — inspired by  equine elements, especially the stirrups. Offered in two versions, the watches are crafted in steel with either a black lacquer, silver flinque’  or white mother-of-pearl dial and are adorned with diamonds. 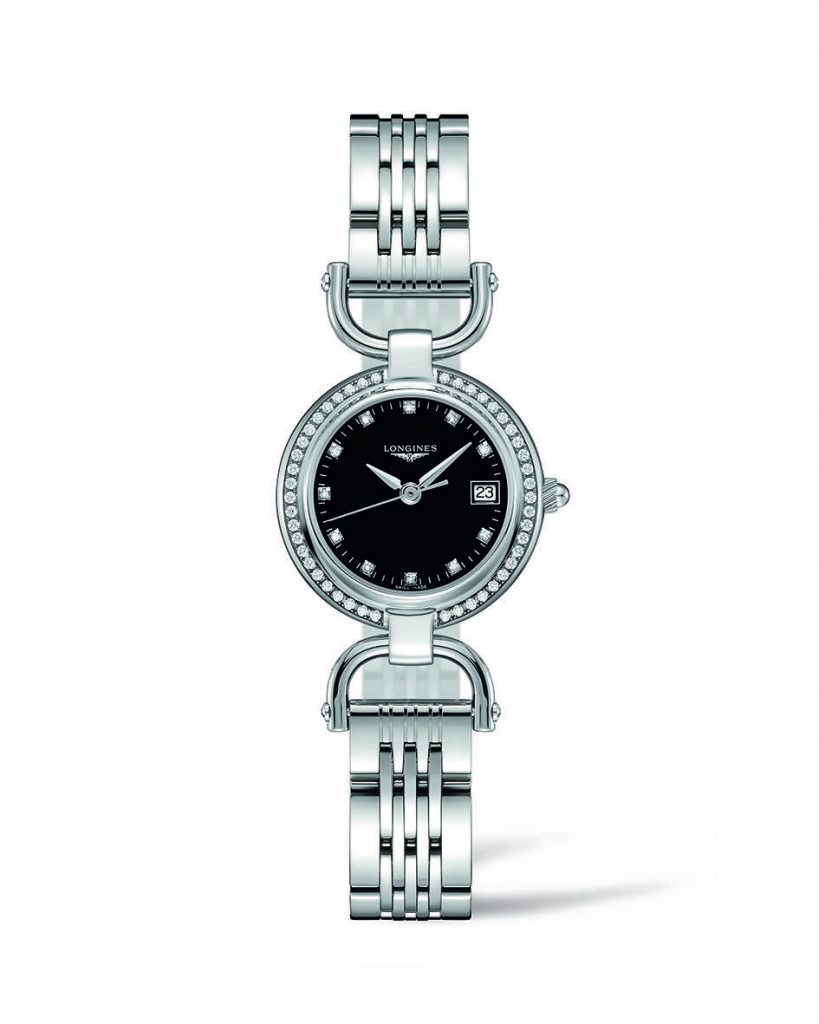