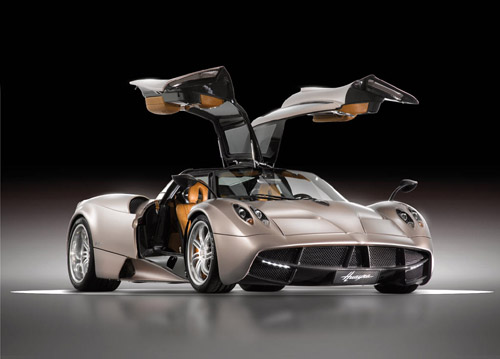 Just a little over a decade old, Pagani is an Italian company that manufactures sports cars and carbon fiber. Horacio Pagani founded Pagani Composite Research in 1988, and often worked with Lamborghini on projects. He then branched out to start his own bespoke auto brand. In 1999, the first model of Pagani, the Zonda, was born. With help in design from jet fighters and in engineering from F-1 driver, Juan Manuel Fangio, the Zonda’s original name had been planned to be “Fangio F-1,” but following the driver’s death in 1995, the name was changed when the car made its debut.  With the famous AMG engine powerhouses packed onto the one-and- a-quarter ton car, ranging from 6.0 liters to 7.3, the Zonda, with its 23 different styles, is sure to please any performance needs. The bodywork of the Zonda is easily one of the most memorable. From the lines and cockpit that scream out fighter jets, to the four circular exhaust pipes shooting out of the center rear… this supercar actually emulates a stealth jet. 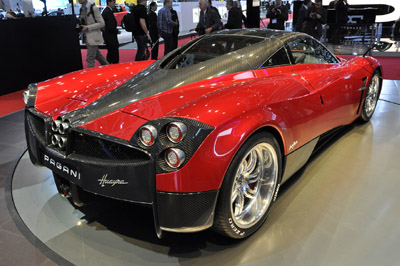 Other models ensued, including the 2012 release, the Huayra, which has proven even bigger performance. The immense design of this car is for both visual and performance purposes. These crazy looking supercars pack 1.66G of lateral acceleration, rocketing off to 60MPH in a mere 3.3 seconds, and ripping forward at speeds up to 231 miles per hour — banking into hard corners and still able to stay on the track thanks to the Formula-1-esque designs. It is some bad-ass aerodynamics, and multiple high-tech maneuvers that get this car hugging the ground as much as possible, helping to keep these mid-engine, rear- wheel drive banshees where you want them… on the road. 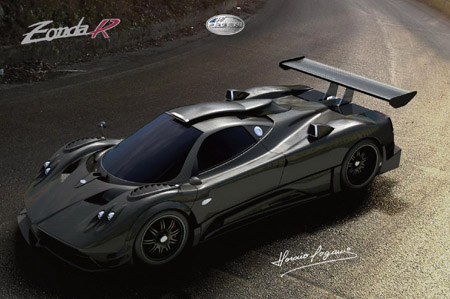 To see how Pagani’s hand-made beasts stack up against other titans: Top Gear UK (because Top Gear USA honestly sucks) has supplied test results thanks to the precision driving of “The Stig.” Essentially, these are lap times better than some of the most rare, high performance dream cars. UK has its own track on an old airstrip where they pit these cars together based on time. Something to make any car company proud, is one of the top poll positions, and one was given to the Pagani Huayra — a 3rd place position with a time of 1.13.8, beating over cars like the Ariel Atom V8 and the McLaren MP4C. Even the Pagani Zonda Roadster F Clubsport Edition beat out the overrated Bugati Veyron 16.4. Who wouldn’t want a supercar with a removable carbon fiber roof running a 1.17.8 lap time? With two other Paganis on Top Gear’s tested cars, it just goes to show how amazing this company has become in its short life.