Greubel Forsey Celebrates 10th Anniversary … However Did They Do It? (Part 1) 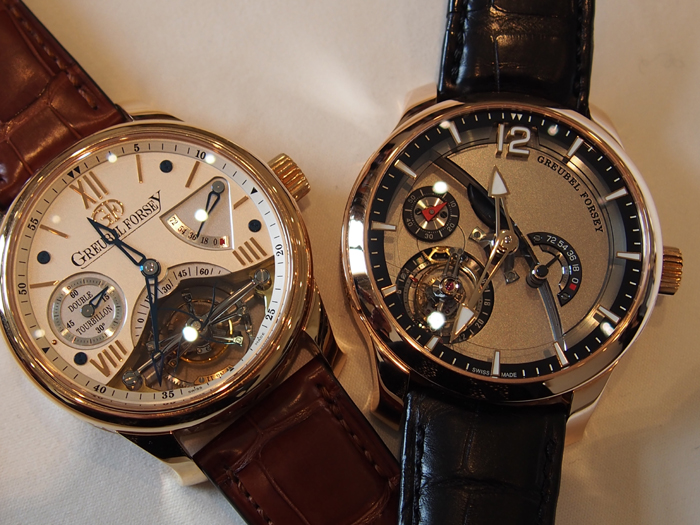 The skill of a master craftsman is displayed in a number of ways. For the viewer, the skill is in what can be experienced through the senses. Touch, feel, the visual aesthetics. The sum total of the encounter then leads the viewer to some type of judgment: “Yes, I like this, the craftsman is indeed highly skilled and I whole heartedly approve of their creation.” The viewer can appreciate the nuances found in the lines of the design, the material used, and other factors. There is, however, another level, one that elevates the craftsman to that of a master.  Where the aesthetics cannot be seen and the perfect alignment or design of features cannot be visually witnessed but yet still exists, this is what elevates good to great. The consumer may never be able to see the quality or genius of the design on the inside of the product, however, the creator is acutely aware of all aspects that went into its making. The need for the craftsman to be honest to himself in his creation is paramount. Steve Jobs would often say “When you’re a carpenter making a beautiful chest of drawers, you’re not going to use a piece of plywood on the back, even though it faces the wall and nobody will ever see it. You’ll know it’s there, so you’re going to use a beautiful piece of wood on the back. For you to sleep well at night, the aesthetic, the quality, has to be carried all the way through.” 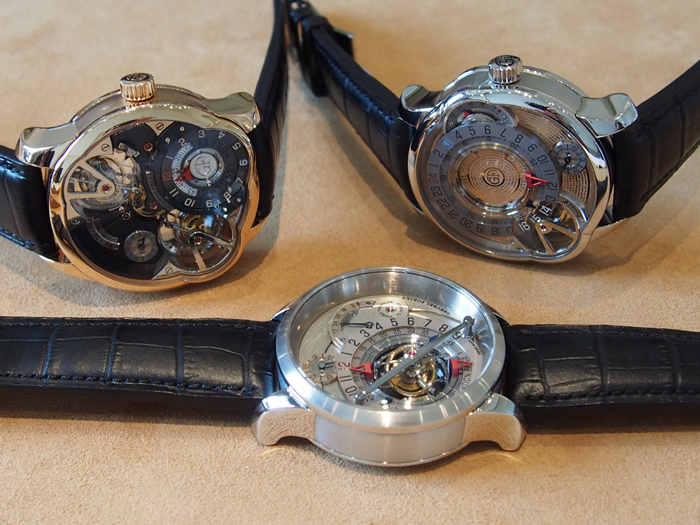 Launched in 2004 by Stephen Forsey and Robert Greubel, Greubel Forsey has – for the past decade — focused on creating Haute Horology pieces that underscore great craftsmanship. Their particular focus on the tourbillion escapement has opened new doors of innovation. The tourbillion is designed to increase the overall effectiveness of a mechanical timepiece by negating the effect of gravity on the watch. Greubel Forsey has innovated the tourbillion escapement by 1) inclining the escapement at a 30° angle and 2) placing one tourbillion inside of another, named the Double Escapement. The theory being that one incline tourbillion inside of another would further reduce the inaccuracies resulting from gravity. 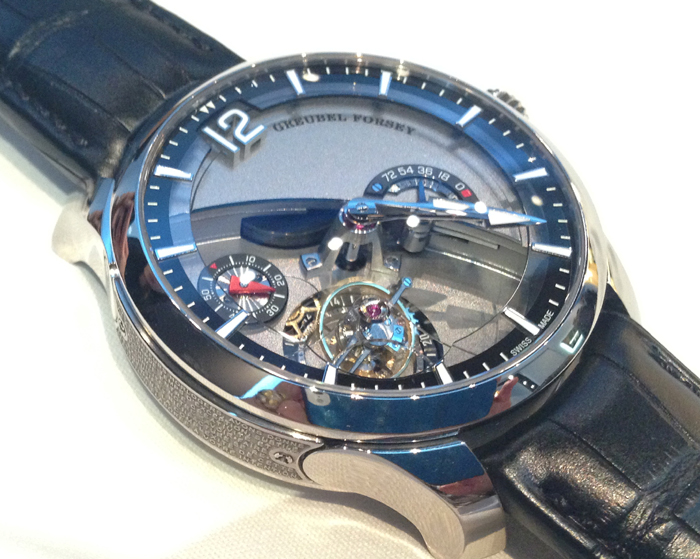 The theory was validated when, in 2011, the Double Tourbillion Technique won the International Chronometry Competition held by the Le Locle Museum of Horology — scoring a 915 out of 1000. To put that into context, 18 watches under the tourbillon category were submitted and each underwent a battery of tests for two 15 day periods.  The tests included exposure to magnetic fields, a range of temperatures as well as shock resistance to varying degrees of intensity and then another range of tests that look to determine the accuracy of the piece after their initial barrage. Highest score wins. Greubel Forsey came out on top not only in the tourbillon area, but also in all other portions of the test. Additionally,  to this day no other piece has been able to beat that 915/1000 score Greubel Forsey achieved. 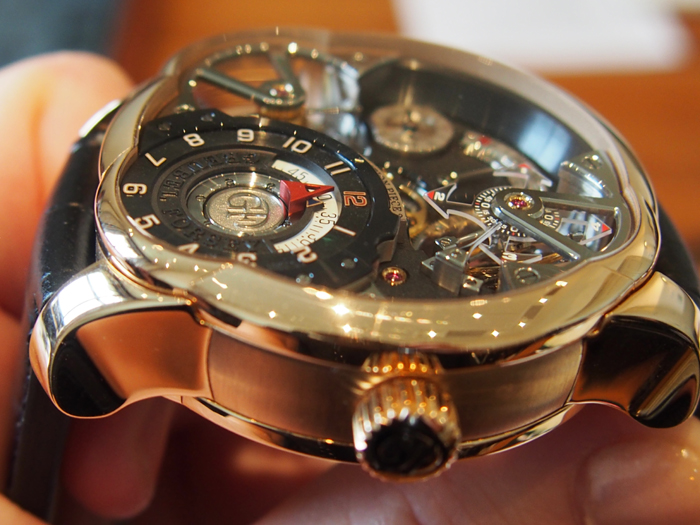 This year, as the brand celebrates its 10th anniversary, it continues to push the boundaries with new inventions and innovations. Before I launch into my recent meeting with the brand, I want to explain one very unique feature in Greubel Forsey timepieces. For certain watches, a message or mission statement of the manufacture is inscribed on a titanium plate in French, with the translation done in the owners manual in their native tongue. The message is meant to share the dedication and passion Greubel Forsey has for accurate and cutting-edge yet elegant time keeping. 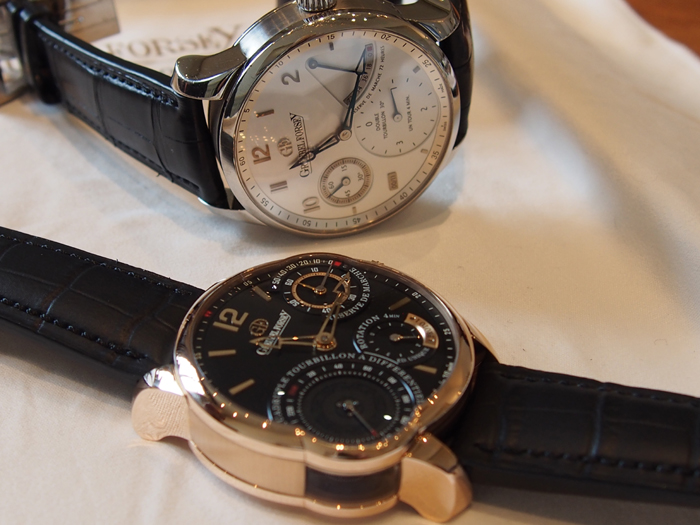 Greubel Forsey, a true master, incorporates three-dimensional architecture into its designs and makes as much of the watch visible as possible via skeletonization so the mostly unseen components can be seen in all their glory. Those parts that remain hidden still boast the exquisite finishing consistent throughout the timepiece. The images in this Part 1 are a compilation of some of the best by Greubel Forsey. Tomorrow, we bring you my hands-on live reporting on five of the newest and best Greubel Forsey Watches. 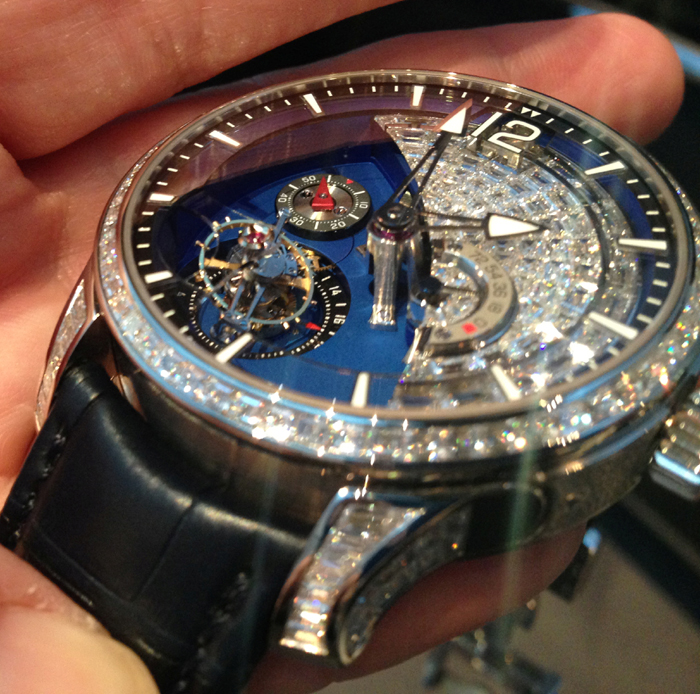