Sometimes a watch can have a special purpose above and beyond telling time and offering added functions. The new Minuteman Team Rubicon watches certainly have an important function: charity. In fact, the Minuteman was conceived of by Thomas Carey, who wanted to raise funds for charities that assist veterans and their families. Every year, the brand works with a new charity to help raise funds and this year it is Team Rubicon USA.org and extensions globally.

For those who may not be aware, Team Rubicon is an exceptional organization that teams former military veterans with first responders to react to disasters around the world. The organization focuses on serving at-risk populations affected by disaster. 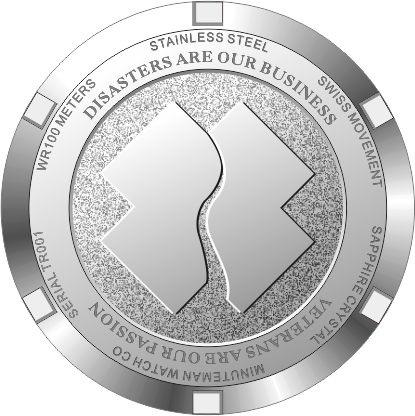 Minuteman has created a watch with the Team Rubicon name and logo on the dial and caseback, and has four different variations. They are being pre-sold on line, with deposits of $40 each, with $30 of each deposit is  going directly to the charity. When the watch is actually sold at pre-sale, $60 goes to the charity.  The funds will go not only for Team Rubicon USA, but also to teams in the United Kingdom, Australia and Canada. Depending on the location an order comes in from, the donation will go to the designated country.

All Minuteman watches are assembled in the United States by skilled American watchmakers. The four versions of the Minuteman Team Rubicon watches, which normally sell for $490, are being offered at special pre-sale prices of $368. Each of the watches features a slate gray dial, two versions have the Team Rubicon logo in color (red and white), while two offer a black logo in the center of the dial. The watches are created in stainless steel with a brushed finish, and in black PVD and are sold on a military style fabric Nato/Zulu strap. Each 42mm watch features luminous hands and dial, is fitted with a K1 crystal with antireflective coating and is water resistant to 100 meters. The watches are powered by Ronda 715 quartz movements. 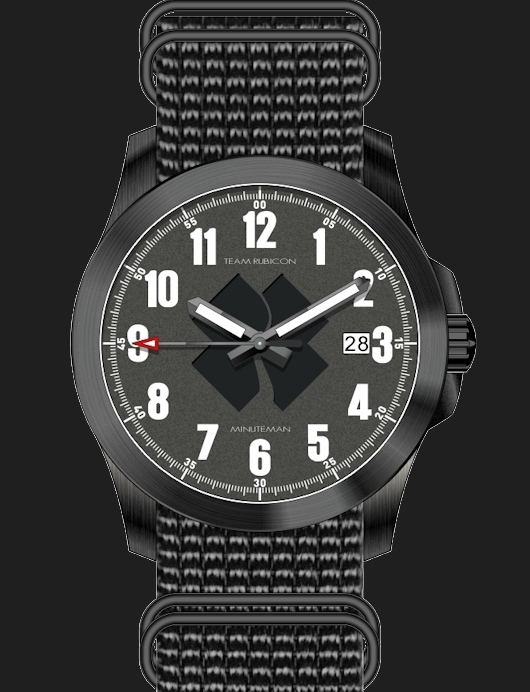 Minuteman watches, including the Team Rubicon watch, are assembled in the USA.

However, let me remind you — these watches are not really about the watch movement or the design — even though both are highly respectable. These watches are about making a difference.  As mentioned,  Team Rubicon’s primary mission is providing disaster relief to those affected by natural disasters — by pairing the skills and experiences of military veterans with first responders, and medical professionals. Additionally, Team Rubicon offers a way for veterans to transition to civilian life, providing veterans with a purpose, a community and an identity tied to continual help and service to others.

According to the Team Rubicon website, the organization today is in its eighth year of service as a 501(c)(3). More than 70,000 volunteers are registered, and more than 200 disaster-stricken communities have received help.  So if you know a veteran, a first responder or someone else who volunteers, rushing in when most are rushing out, this timepiece seems like a smart investment.