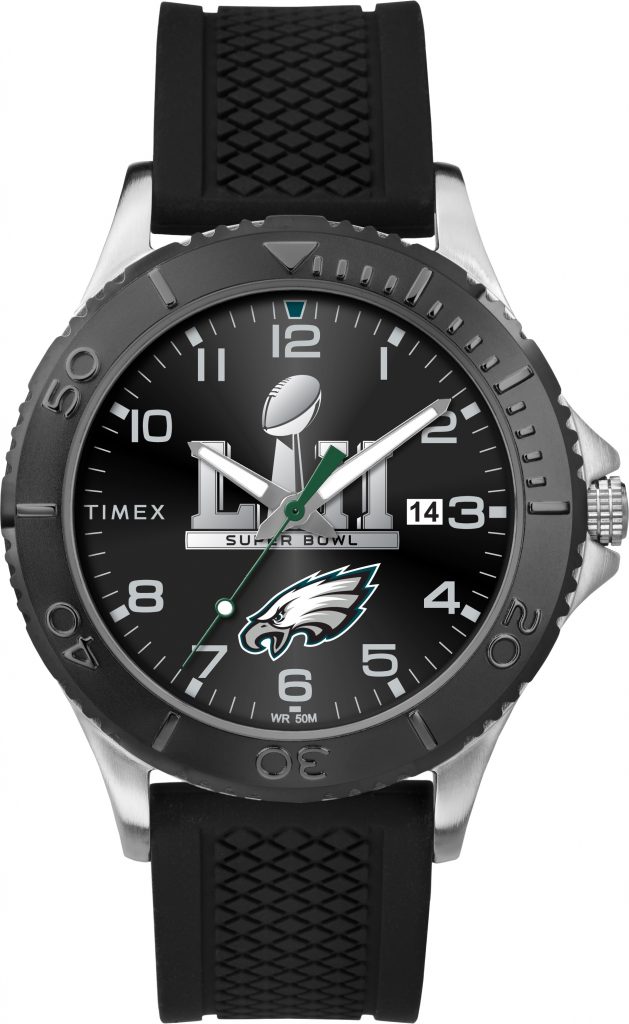 So we don’t usually cover the low-end of the watch spectrum, but we can’t resist this one. Last night in an epic win against the five-time winner Tom Brady and the New England Patriots, the Philadelphia Eagles took the Vince Lombardi Trophy. It was a historic moment — marking the Eagles’ first-ever Super Bowl victory. The team trekked to the Super Bowl twice before, but this year verifies the saying “three times a charm.”

Today, to celebrate, Timex unveils the Philadelphia Eagles Super Bowl 2018 watch as a part of the brand’s new Tribute Collection. The dial of the watch features the LII Super Bowl markings and the Lombardi Trophy in the center, with the Eagles logo at 6:00. The Timex logo takes a backseat to the winners, with a small placement at 9:00, opposite the date window at 3:00. 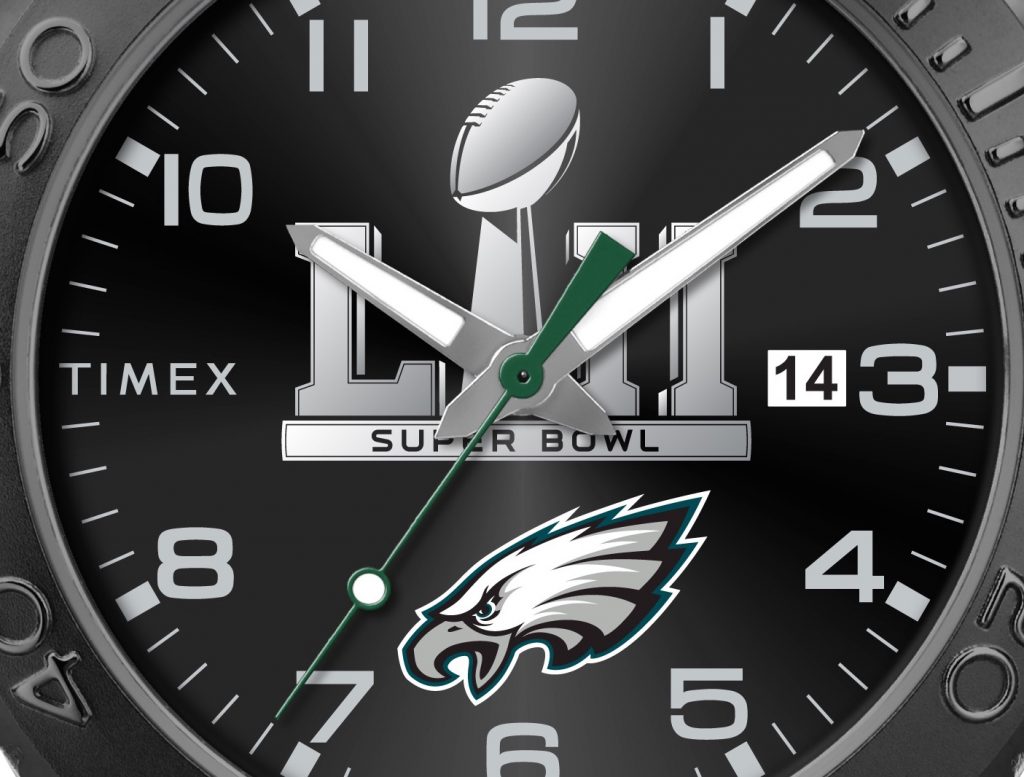 Made with a stainless steel case, soft silicone rubber strap, and an easy-to-use QuickDate feature, this 42mm watch will satisfy Eagles fans’ desires to keep the win going year after year.  The watch, which is water resistant to 50 meters, features an enamel top-ring and corn protector and has a scratch-resistant mineral crystal.  The quartz movement houses a batter with up to 10-year lifespan. It retails for 64.95.

This watch is part of Timex’s Tribute Collection that pays homage to the NFL. There are there other Eagles watches in the series, including a Gamer Green version for $69.95, a Citation  model for $79.95, and the Acclaim model for $89.95.  Timex has officially teamed with the NFL to create watch of each of the NFL teams.