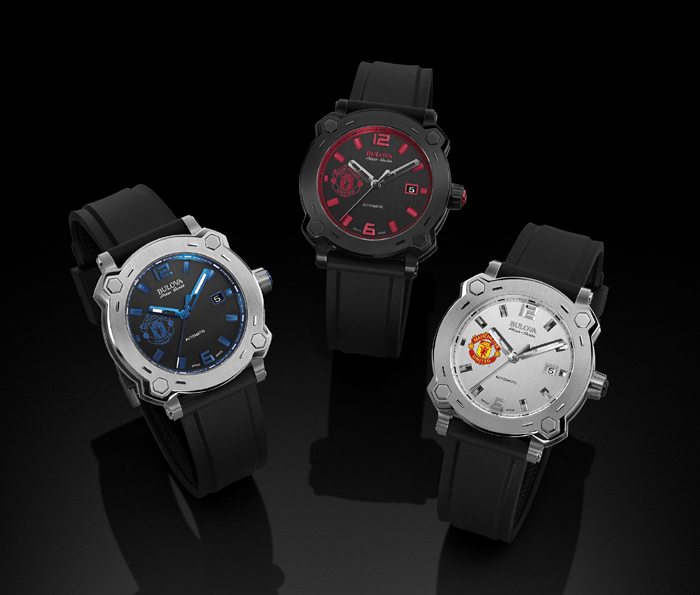 This week, we continue our comprehensive coverage of brands involved with international football. Today: Bulova.  Last year, Bulova announced its global partnership with football powerhouse, Manchester United.The brand was named the club’s Official Timekeeper and Global Partner earlier this year, and now introduces a co-branded Swiss-made watch collection specially crafted to celebrate the relationship.  The timepieces are within Bulova’s new Swiss-made line, Accu•Swiss. As part of the launch, the Manchester United Squad watches, called Treble will be available in three versions, two in steel and one in grade 5 titanium. There is also a watch from teh Percheron Collection that is offered as a limited-edition gold version crafted with 999.9 pure 24-karat gold. This design is complete with an exclusive presentation case and can be custom ordered with the Manchester United Club Crest. This specially made timepiece requires a six-month lead time. Winning 20 league championships in league football, Manchester United is by far one of the most successful clubs in England. As the World Cup reaches the quarter finals Manchester United still has club players in the mix.  Most notably star striker, Robin Van Persie from the Netherlands, looks to lead his country towards a win against Costa Rica this Saturday.